Duterte to run for Philippine vice president in 2022, say allies 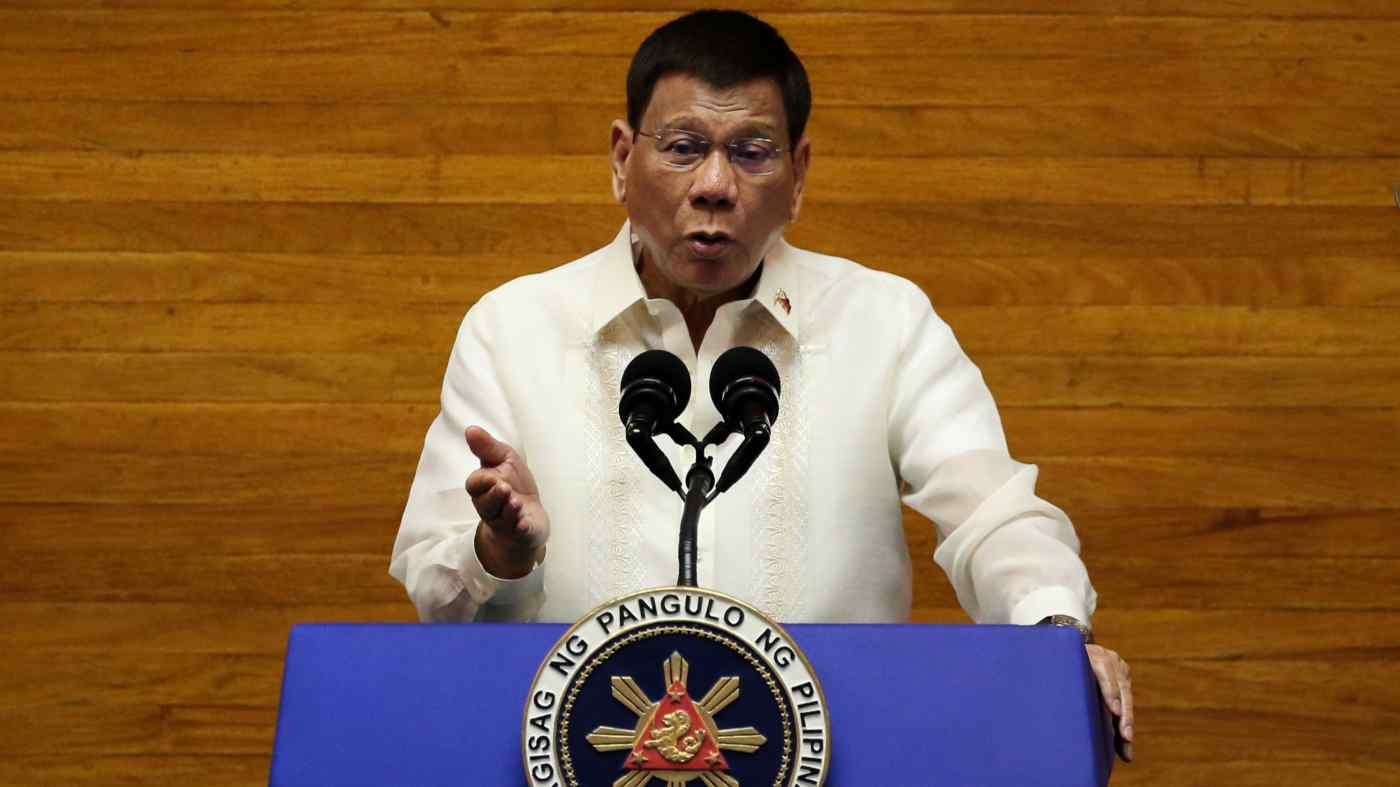 MANILA -- Philippine President Rodrigo Duterte has accepted his party's endorsement to run for vice president next year, officials of the ruling party said on Tuesday.

Duterte "agreed to make the sacrifice and heed the clamor of the people, and accepted the endorsement of the PDP Laban Party for him to run as vice president in the 2022 national elections," Cabinet Secretary Karlo Nograles, the party's executive vice president, said in a statement.

PDP President Alfonso Cusi, in a separate message earlier, also told Nikkei Asia: "He confirmed he is running for VP in 2022." He added the president made the decision "last night."

The 76-year-old president has yet to personally make an announcement. His spokesperson Harry Roque confirmed that Duterte met with PDP officials last night, but he could not say if the president has made a decision to run.

Duterte's allies have been urging him to run for vice president since early this year, banking on the president's high popularity ratings.

A successful bid will allow him to stay in power through the country's second-highest office. The Philippine president is limited to a single six-year term under the constitution.

Duterte had previously sent mixed signals about the prospects of staying on. In July, Duterte said running for vice president was "just to scare" political opponents. But he added: "Let us see ... if it is good for the country, I will do it."

Nograles said Duterte made the decision "after being presented with popular calls from PDP Laban regional, provincial, and down to the barangay (village) councils aspiring for a transition of leadership that will guarantee continuity of the administration's programs during the past five years," including his bloody war on drugs and Build, Build, Build infrastructure program.

The PDP had previously given Duterte, who sits as party chairman, a free hand in choosing a running mate. Some party officials have backed Senator Bong Go, a former close aid of Duterte, to run for president.

Davao City Mayor Sara Duterte, the president's daughter who has topped presidential surveys, is also seen as a prospective candidate next year. The presidential daughter, however, belongs to a different party called Hugpong ng Pagbabago.

President Duterte topped a vice presidential survey in June by pollster Pulse Asia with a rating of 18%. His closest rival garnered 14%.

In the Philippines, the president and vice president are elected separately in polls that are decided by a plurality of votes cast. Candidacies for the May 2022 elections are set to be filed in October.