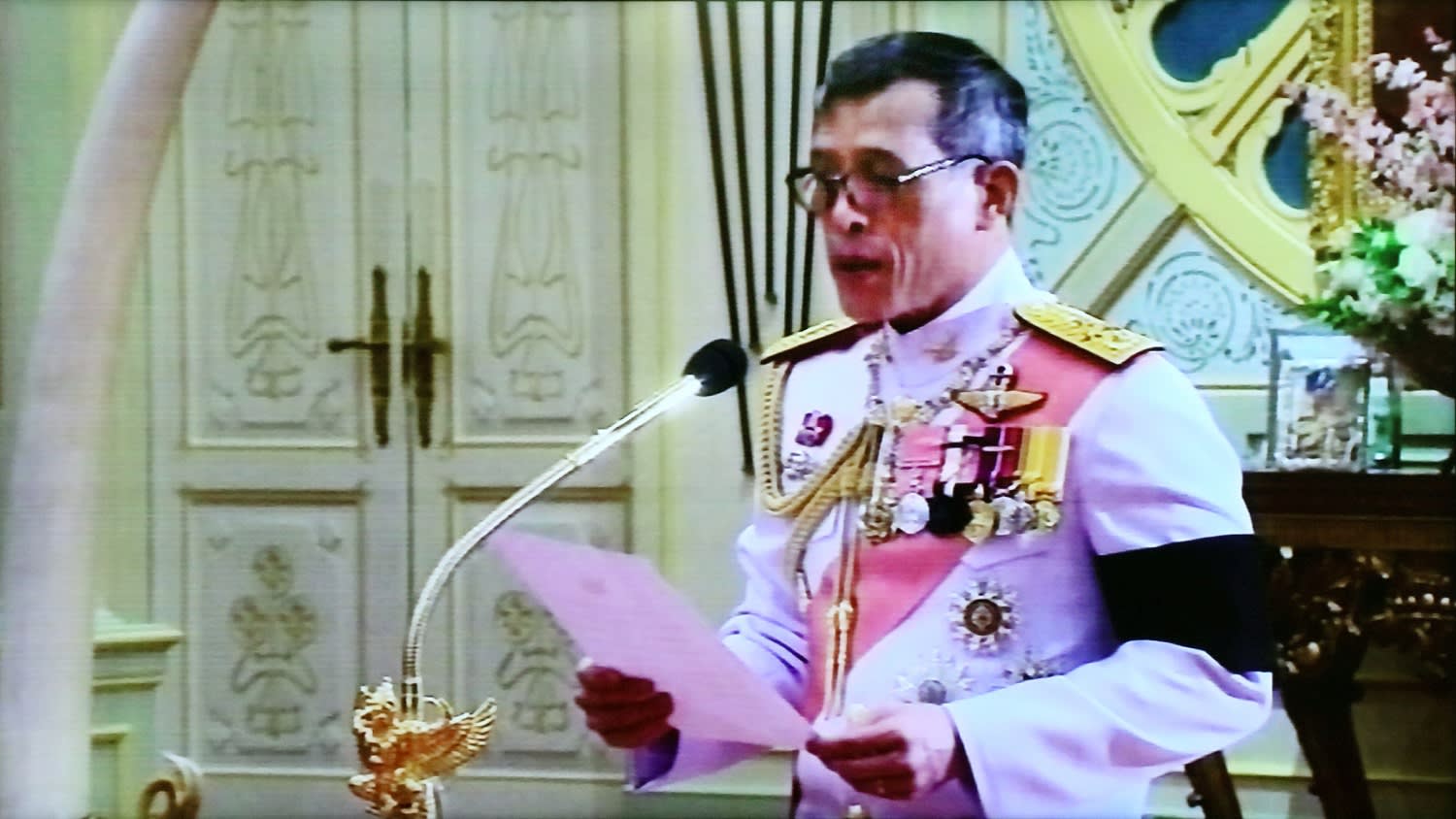 BANGKOK -- Thailand's Crown Prince Maha Vajiralongkorn, 64, has formally succeeded his father, King Bhumibol Adulyadej, the world's longest-reigning monarch, who died on Oct. 13 at the age of 88.

"I will accept [the invitation] in response to the late king's will and for the benefit of the Thai people," he said. The footage of the royal audience and a speech by Prayuth and Pornpetch declaring the accession was televised on all channels.

"We now have a new king," Prayuth said. He added that a kingdom should not be without a king so the accession will be effective as of Oct. 13.

Having assumed the throne, his formal name is now His Majesty King Maha Vajiralongkorn Bodindradebayavarangkun.

It is Thailand's first royal accession in 70 years. The National Legislative Assembly, or the acting parliament under the current military junta, had confirmed the accession without debate on Tuesday morning. King Vajiralongkorn is the only son of the late king and was named crown prince and heir apparent in 1972, at the age of 20.

Official confirmation of the succession came on the 50th day after King Bhumibol's death and was unexpectedly delayed at the crown prince's request so that he could "share the grief with the Thai people."

The actual coronation ceremony, when King Vajiralongkorn visibly ascends the throne, will not take place until after the late king's cremation. The exact date for that has not been announced but is expected to be at the end of the one-year official mourning period that is currently in force.

As head of state, King Vajiralongkorn is expected to sign Thailand's 20th constitution since 1932, which was adopted by national referendum in August. Promulgation of the new constitution is needed for a general election that prior to King Bhumibol's death had been promised for late 2017.

Absolute monarchy was overturned by a coup in the country, then known as Siam, in 1932. Thailand's kings have remained as constitutional heads of state. During his record-breaking 70-year reign, King Bhumibol was instrumental in restoring the monarchy and defining its new role. In 1973 and 1992, he intervened directly in politics to end bloodshed and install viable civilian governments.

"King Bhumibol of Thailand has been far more than a figurehead, and by no means a conventional constitutional monarch," Professor Duncan McCargo of the University of Leeds said in a 2005 report.

King Vajiralongkorn is expected to have a different profile from his widely revered father. As crown prince, he has spent most of his time in recent years in Munich, where his 11-year-old son attends school. As part of an image-building program, he made two highly publicized public appearances in August and December 2015 to honor the birthdays of his parents with the popular Bike for Mom and Bike for Dad cycling campaigns. Focused in Bangkok, these got people all across the kingdom on their bicycles and set Guinness world records.

"I think the monarchy is one of the most important and the highest institutions in Thailand," the crown prince told foreign correspondents during a rare interview in 1987. "It is a source of encouragement and status for people to look up to and mostly keep the country together."

In Thailand, criticism of the royal family is heavily repressed under a draconian law of lese-majeste that carries penalties of up to 15 years in prison. Among its recent victims were the parents and other family members of King Vajiralongkorn's third wife, Srirasmi, whom he divorced in 2014.

Social media platforms such as Facebook and the chat app Line have been requested by the national telecom regulator to block access to webpages carrying material offensive to the royal family.

Having completed the royal succession, all eyes are now on the military government's plans to return the country to civilian rule.

Some cabinet members have recently been hinting that the election and the establishment of the new elected government could be delayed until early 2018.

Promulgation of the new charter is expected by early February. The draft constitution was forwarded to the palace for royal endorsement in early November and should be signed by the king within 90 days of the submission, according to the military's present interim charter.

After that, four laws required for holding an election must be passed, followed by the actual election within 150 days.

But as the election system under the new charter has made it difficult for a single party to win a majority of seats in parliament, it is highly likely that the new government will be a coalition of several parties.

This means that it could take some time for the parliament to select a new prime minister.