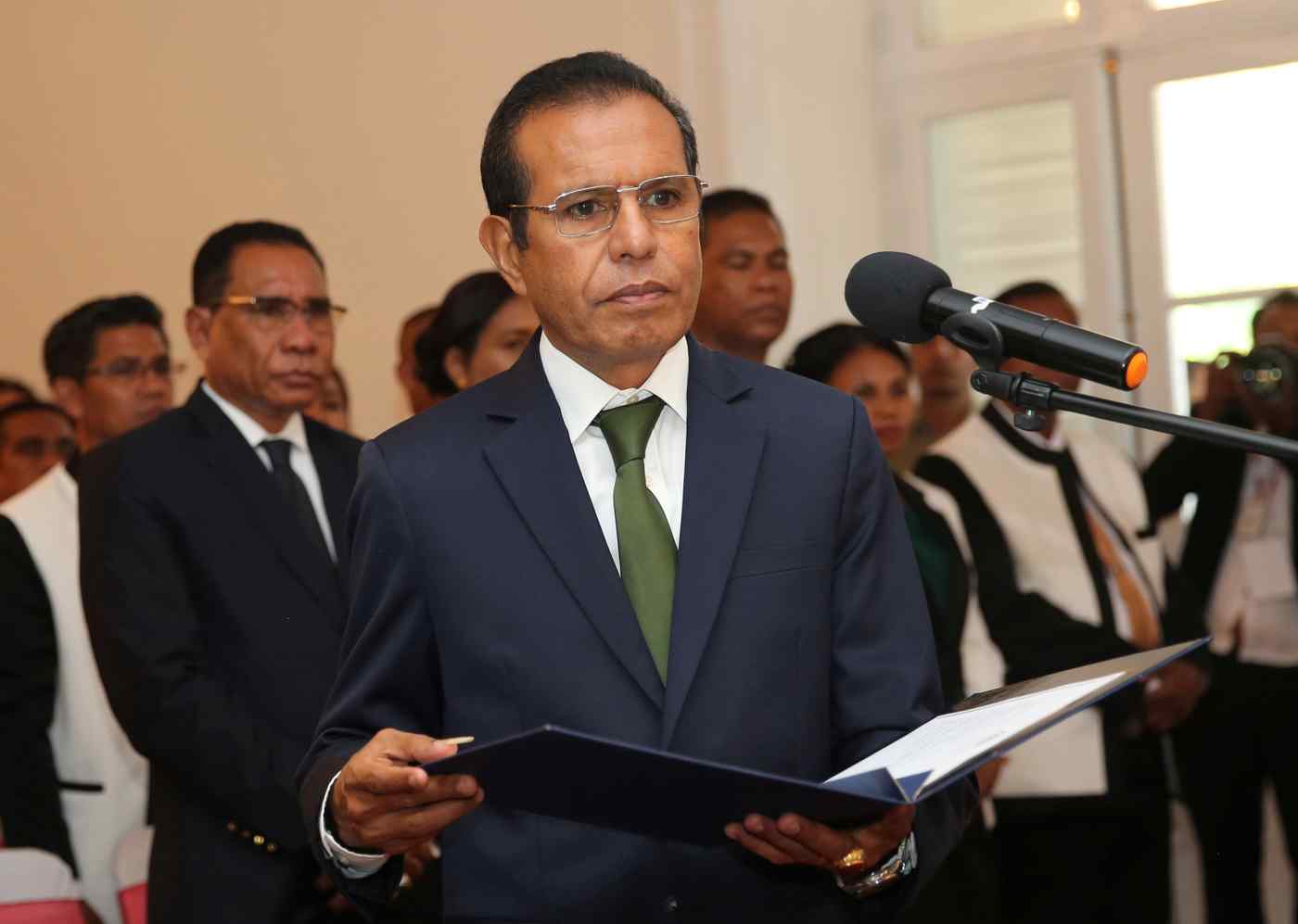 East Timorese Prime Minister Taur Matan Ruak, seen here at his swearing in June 2018, has said he will stay in office until after his resignation is accepted to keep the government functioning.   © Reuters
February 25, 2020 12:47 JST | East Timor
CopyCopied

DILI (Reuters) -- The prime minister of East Timor has sent a letter of resignation to the president, he said on Tuesday, as the tiny Southeast Asian nation faces new political instability after the collapse of a coalition supporting him in parliament.

The prime minister has repeatedly failed to secure passage of a budget for 2020 after the largest party in his coalition, the National Congress for Timorese Reconstruction (CNRT) party of independence hero Xanana Gusmao, withdrew support.