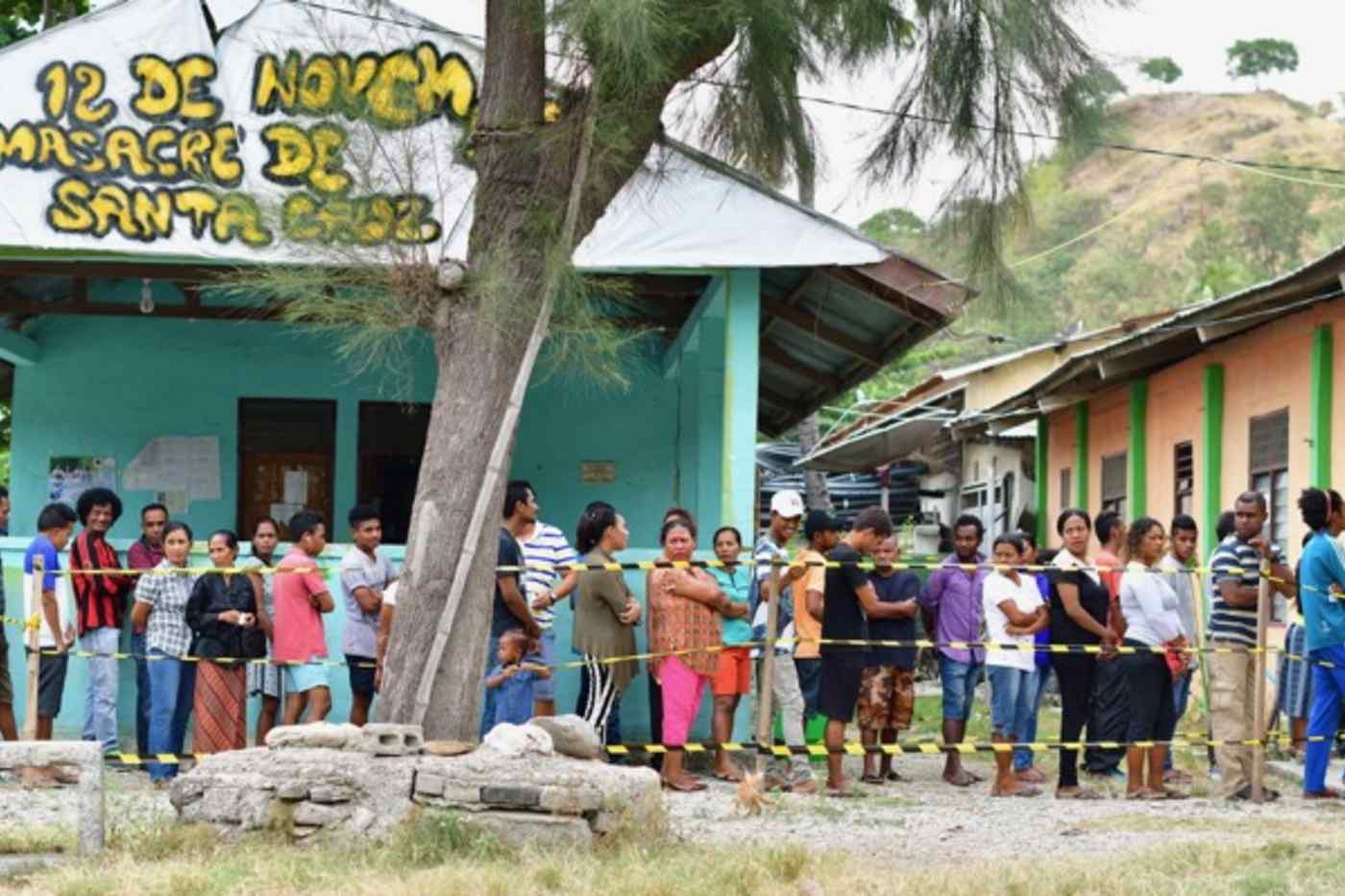 DILI, East Timor -- Voting took place today in East Timor to choose 65 members of parliament, who Timorese hope will form a stable administration after a year of political uncertainty and the quick collapse of a short-lived minority government.

"The winner is already here in front you," said Mari Alkatiri, leader of the Revolutionary Front for an Independent East Timor, or Fretilin, speaking to the Nikkei Asian Review after voting shortly after 7 a.m. at a school near Dili's picturesque waterfront.