Enthronement ceremony for Japan's next emperor seen in fall 2019 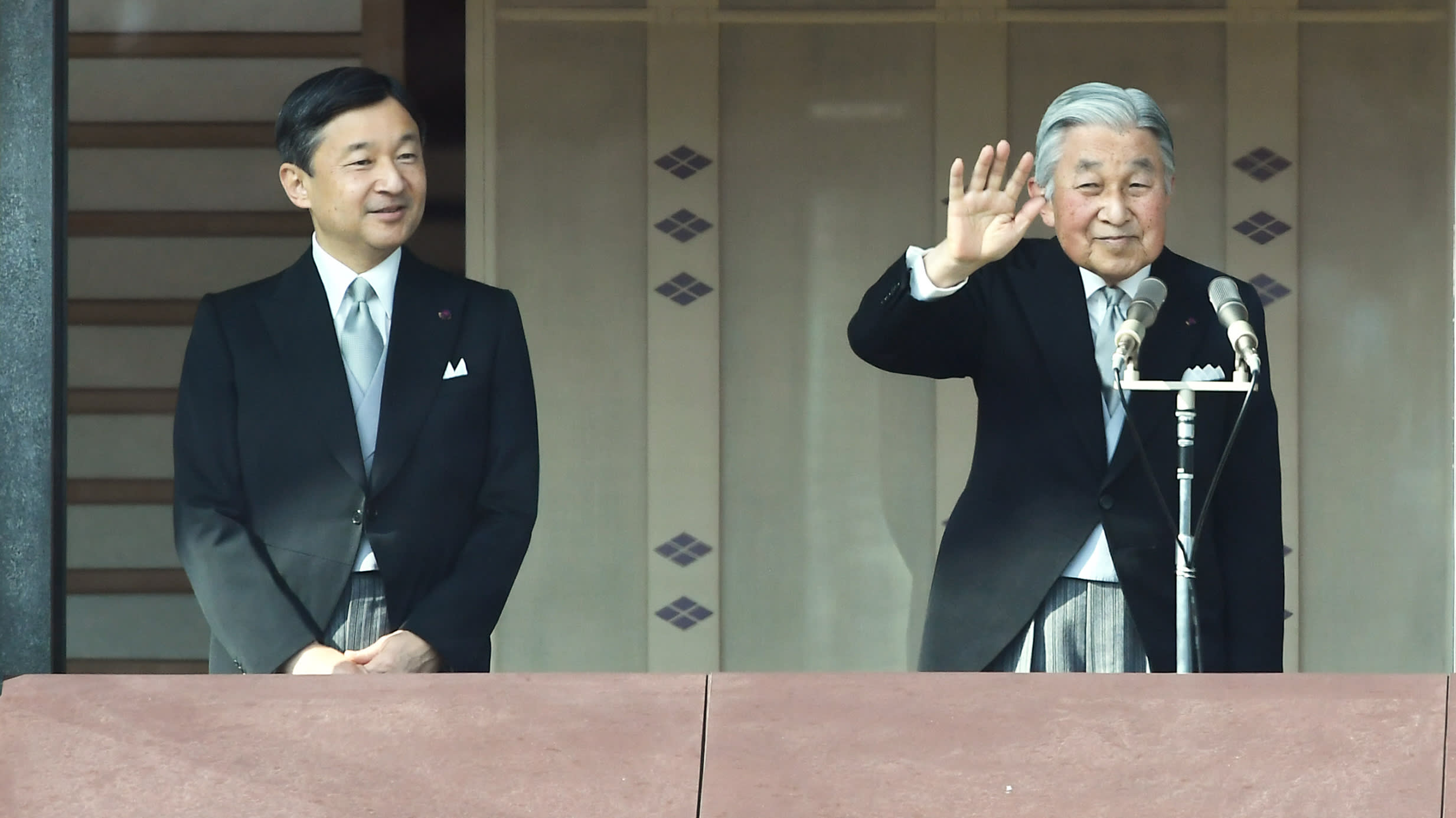 Crown Prince Naruhito, left, is set to succeed Emperor Akihito on May 1, 2019, with the ceremony marking the enthronement likely to follow in the autumn.
December 8, 2017 06:50 JST | Japan
CopyCopied

TOKYO -- Japan's government is looking to autumn 2019 for the ceremony marking the crown prince's ascension to the Chrysanthemum Throne, five months or more after Emperor Akihito is to abdicate.

The cabinet will approve the date for Akihito to step down April 30 of that year, ending the present Heisei era, with a new one to begin May 1 as Crown Prince Naruhito assumes the Imperial seat. It will be the first abdication by a Japanese emperor in about 200 years.

Preparations for the succession will begin in earnest under an organization to be established in the new year, led by Chief Cabinet Secretary Yoshihide Suga. With Akihito abdicating, Naruhito's ceremony could have been held shortly after the succession. But doing so apparently was judged too difficult given the time needed for preparations.

Japan will host a range of international functions in 2019, including Group of 20 summit meetings and the Tokyo International Conference on African Development, as well as the Rugby World Cup planned for Sept. 20 through Nov. 2. An Imperial proceeding called daijosai, the first ceremonial offering of rice by a newly enthroned emperor, is expected to be held in late November.

The government likely will choose October or November for the enthronement ceremony, in consideration of the burdens borne by police -- charged with anti-terrorism measures -- and the emperor's family and Imperial Household Agency, which will direct the proceedings.

Many foreign heads of state and other dignitaries will be invited. The enthronement ceremony might be arranged to coincide with the G-20 summit or another international event.

Akihito ceremonially took the throne in November 1990, following the mourning period for the Showa emperor, Hirohito, who died in January 1989.