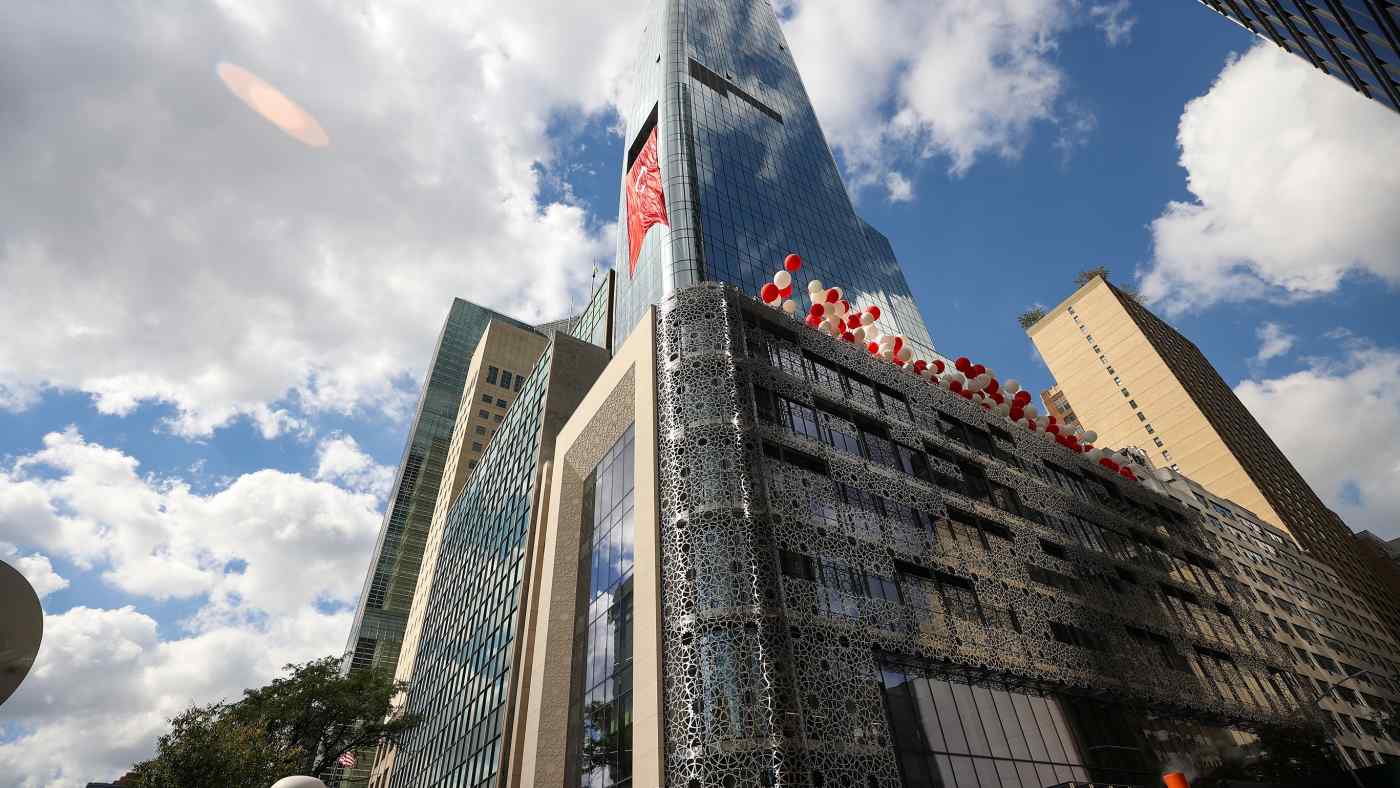 NEW YORK/ISTANBUL -- A roughly $300 million Turkish skyscraper rich in symbolism officially opened in New York on Monday, overshadowing its neighbors and the United Nations headquarters across the street.

Turkey's costliest foreign mission to date, Turkevi, or Turkish House, will serve as home to the country's permanent mission to the U.N. and its consulate general in New York, as well as diplomatic housing. It was constructed on the site of the previous, smaller building, bought from IBM in 1977.