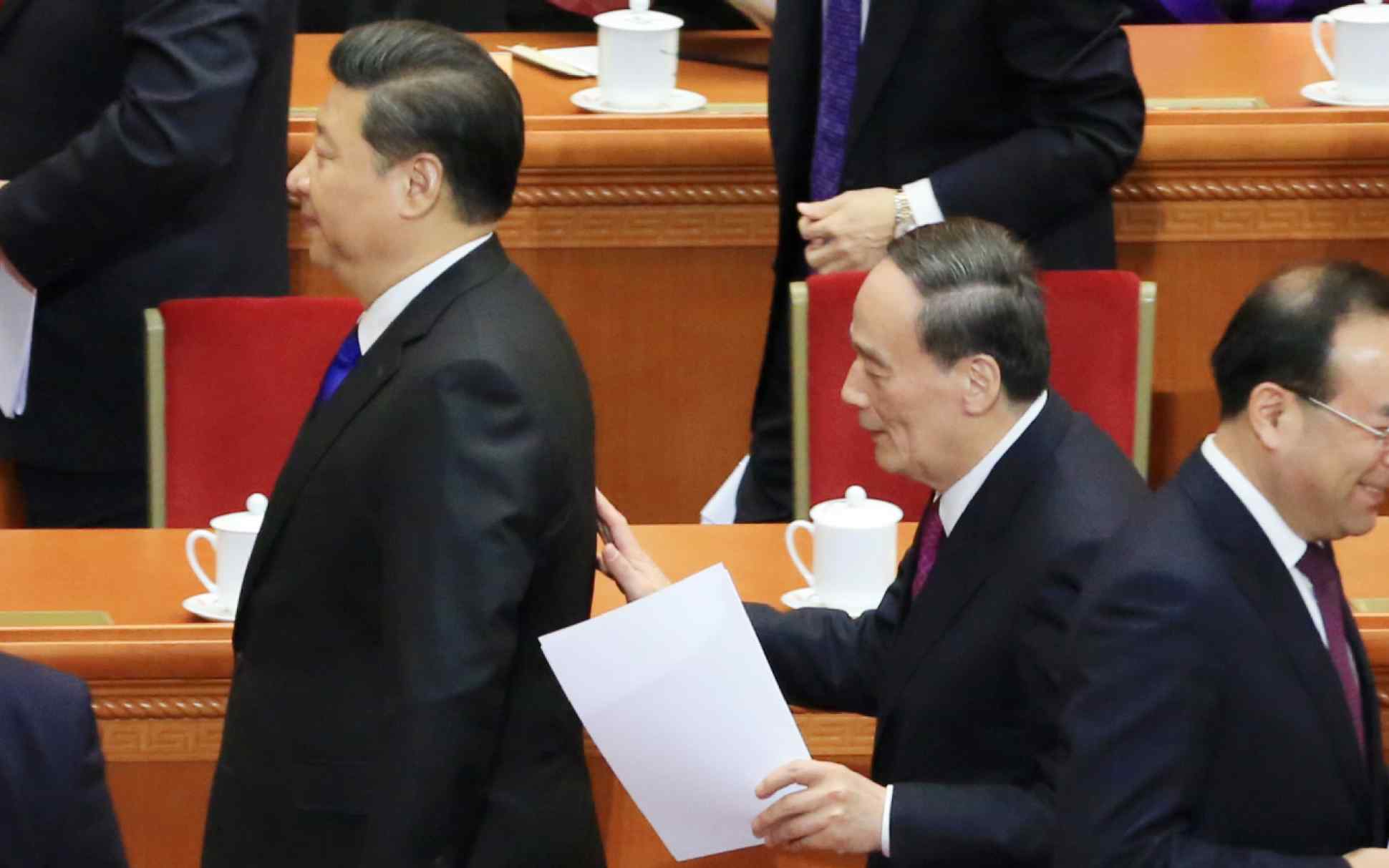 Wang Qishan, right, pats Xi Jinping on the back to get his attention as the two leave the rostrum of the Great Hall of the People in Beijing. (Photo by Akira Kodaka)
Politics

The position would let Wang, who effectively served as Xi's right-hand man as the party's discipline chief, continue playing a key political role in government in such areas as foreign affairs and national security.