TOKYO -- Half a year after lifting its self-imposed ban on arms exports, Japan is receiving inquiries about its weapons and other military technologies from around the world.

The new "three principles of the transfer of defense equipment and technology," adopted in April, have opened the door to Japan's arms exports and joint weapons development with other countries. The government is now trying to figure out how to respond to emerging demand for Japanese weapons systems, which involve a wide range of secret technologies. 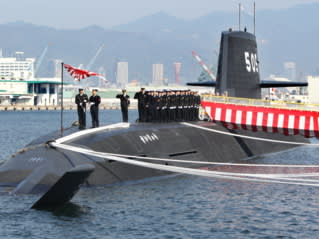 Australia, for instance, wants to buy Japanese submarines. Australia plans to spend billions of dollars on replacing its aging Collins-class submarines. It sees the Japanese Soryu-class submarines, known for their silent-running diesel-electric propulsion systems, as a potential candidate for its new fleet.

These submarines use an air-independent propulsion system that allows non-nuclear submarines to operate without having to take in oxygen from the surface. This means Soryu subs can remain underwater far longer than most other diesel-electric vessels.

Tokyo and New Delhi are currently in talks over sales of the ShinMaywa US-2 amphibious aircraft to India.

The US-2 is designed for air-sea rescue operations. It can take off and land in seas with waves as high as 3 meters, thanks to a device called the boundary layer control system that allows the aircraft to take off and land over very short distances. A spray strip and a spray suppressor prevent water from reaching its engines.

Turkey considered using Mitsubishi Heavy Industries' lightweight, high-power engine technology for the Altay, an advanced third-generation main battle tank. The vehicle is being designed and developed by a domestic manufacturer for the Turkish army and export markets. 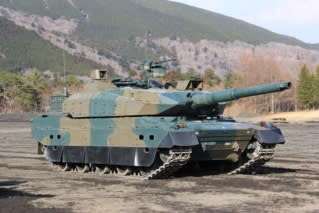 Negotiations to sell tank technology to Turkey fell through earlier this year.

Turkey held talks with Japan for joint development of the tank, but the monthslong negotiations fell through as Tokyo demanded advance consultation before Turkey exports finished tanks to a third country.

Japan has cutting-edge tank technology. Its Type 10 main battle tank, manufactured by Mitsubishi Heavy Industries, weighs about 44 tons. It is about 6 tons lighter than its predecessor, the Type 90, and has a light, powerful engine.

The Type 10 is fitted with a digital battlefield management system that displays information on a monitor.

One hurdle to Japan's efforts to promote arms exports and international military technology cooperation is that the defense ministry unit in charge of these matters is understaffed. Four ministry officials are responsible for all of Japan's weapons-related international affairs. That number will be increased to several dozen when a new unit is created within the planned defense equipment agency, to be launched in the fiscal year beginning April 2015.