Myanmar's pardon of Reuters journalists draws praise, but not an end to scrutiny 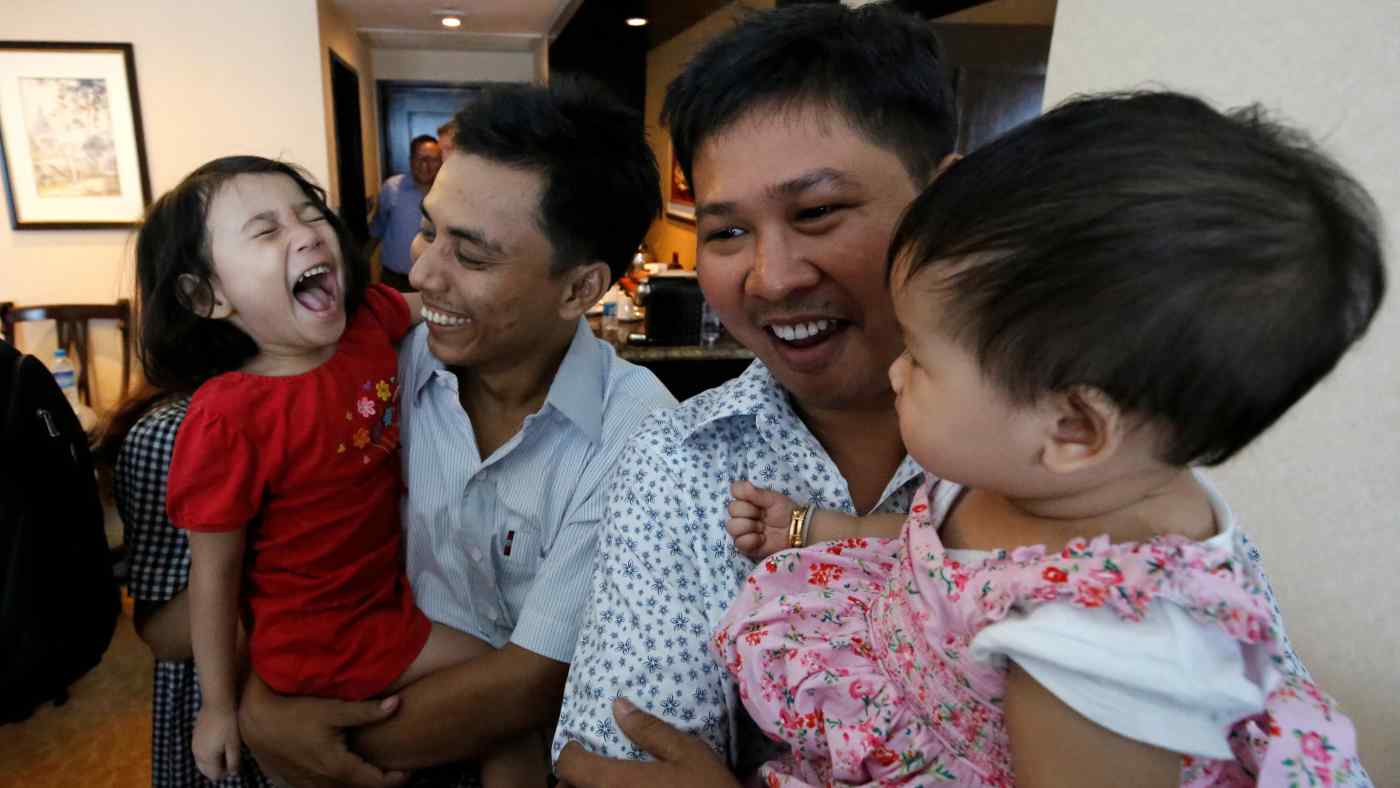 Wa Lone, 33, and Kyaw Soe Oo, 29, were released from prison just eight months into their seven-year sentence, and after spending more than 500 days behind bars. The state pardoned the two reporters "for the long-term benefit of the country," government spokesman Zaw Htay told reporters Tuesday.

The two men were arrested in December 2017, accused of receiving confidential documents from a police officer, a charge they have consistently denied. Prior to their detention, Wa Lone and Kyaw Soe Oo were investigating the killings of 10 Rohingya Muslim men and boys earlier that year by Myanmar security forces and civilians. The reporters were convicted and sentenced last September.

The international community expressed appreciation for the release of the two journalists.

"The U.S. Embassy welcomes the release of reporters Wa Lone and Kyaw Soe Oo," the diplomatic mission said in a news release Tuesday. "We are glad they can return to their families."

The European Union echoed those sentiments.

"We are pleased that Wa Lone and Kyaw Soe Oo ... have today been granted a presidential pardon," a statement from the EU's diplomatic arm reads. "The European Union will continue to stand up for media freedom and pluralism as essential pillars of democracy around the world."

Suu Kyi had defended the convictions of Wa Lone and Kyaw Soe Oo.

Myanmar has become increasingly isolated from the global community since its security crackdown on the Rohingya, a stateless minority group. The military initiated what it called "clearance operations" in western Myanmar's Rahkine State in August 2017 following attacks on security outposts by Rohingya militants.

These operations caused over 700,000 people to take refuge in neighboring Bangladesh. Because Myanmar does not recognize the Rohingya as an indigenous ethnicity with the rights of citizens, refugees have refused to return to the country, citing the lack of guarantee for their safety.

Myanmar's international image has suffered since the country's transition to a civilian government from military rule, following the landslide election victory by Suu Kyi's National League for Democracy party in 2015.

Last year, the EU began to consider yanking trade preferences for Myanmar in response to the human rights violations. Direct investments by foreign entities, an indispensable driver for growth, have diminished. Such investments approved for the fiscal year ended March 31 totaled $3.6 billion, a third consecutive decline and about only one-third of the peak logged in fiscal year 2015.

The pardon for the two Pulitzer Prize-winning journalists appears to be helping rehabilitate that image for the moment.

"We are pleased that such action has taken place that supports the concepts of a free press," said Peter Crowhurst, CEO of the British Chamber of Commerce Myanmar.

But the country still falls short of what could be called a haven for press freedoms. The government and the military have prosecuted journalists under the Telecommunications Law, which mandates penalties against those found to have committed libel online. Beyond the case of the two Reuters reporters, the state's action regarding press freedoms will be scrutinized, a European diplomatic source said.

"Although the presidential pardon of the two Reuters journalists is a positive step in Myanmar's democratization and it should be welcomed, the government, parliament and the military need to initiate and implement more steps to improve and safeguard the freedom of expression and press freedom in Myanmar," Yan Myo Thein said.

Wa Lone and Kyaw Soe Oo were among tens of thousands of prisoners granted amnesty by President Win Myint since April, as part of an annual tradition coinciding with the Buddhist new year. But the reporters' release also came soon after the April 23 decision by Myanmar's Supreme Court upholding their convictions under the Official Secrets Act.

Some observers think Suu Kyi's government ultimately signed off on a political decision to resolve the problem. Top officials averse to engaging in administrative intervention "likely made the decision after waiting for the high court ruling," a diplomatic source said.