Faking it on Twitter: Why social media may not sway Asia elections 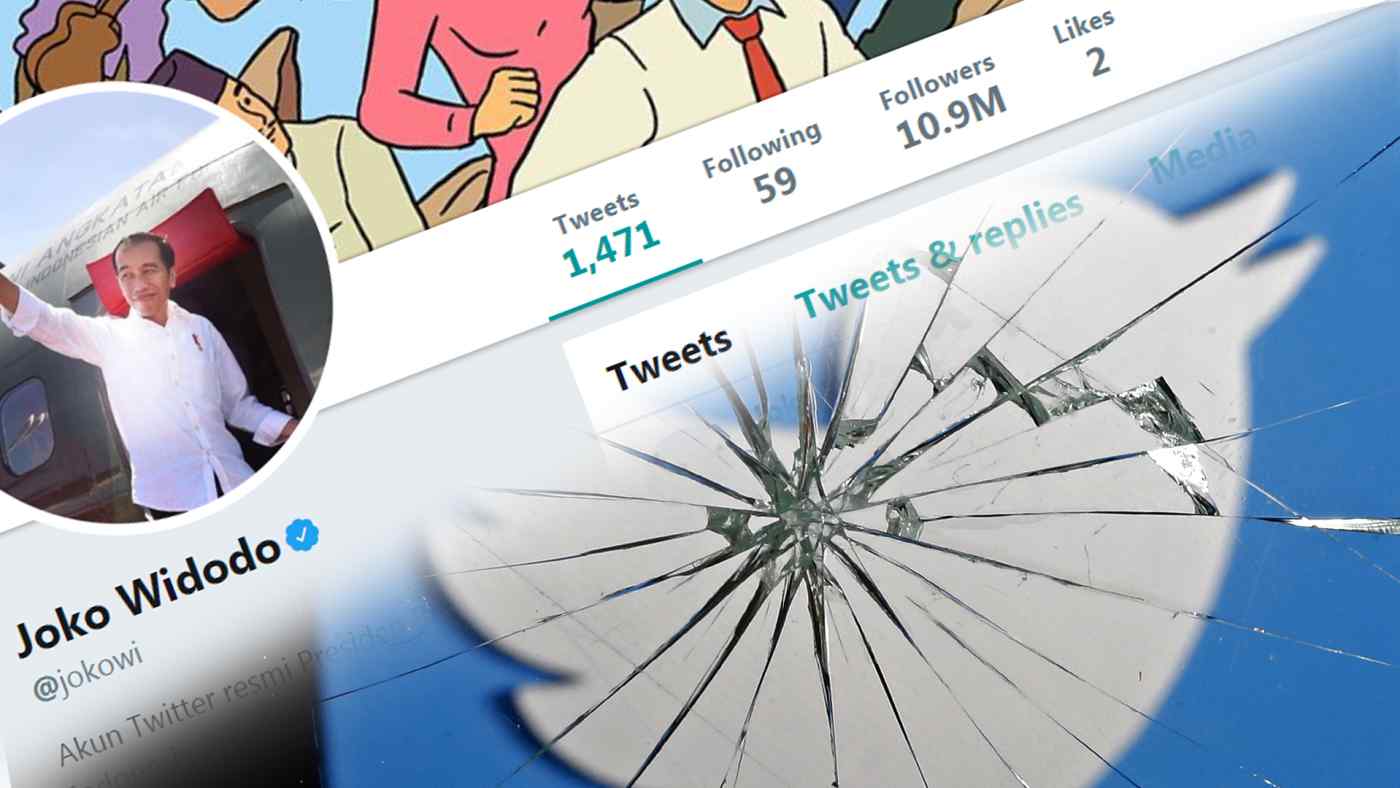 SINGAPORE -- Candidates running in a slew of elections across Asia this year are taking to Twitter and other social media platforms to share slogans, pitch policies, rankle rivals and rouse crowds ahead of campaign rallies.

For the last decade or so, elections have typically been depicted as social media-driven contests where the hashtag outranks the hustings when it comes to canvassing votes, particularly from smartphone-dependent millennials.

While social media environments differ depending on the country, the importance of Twitter and Facebook might be overstated. Although some Asian candidates boast a huge social media presence, many of their followers appear to be fake or dormant, and the proportion of those who engage with posts is relatively low.

Thailand, Indonesia, India are all holding general or presidential elections in the first half of this year, Australia is likely to vote in May, around the time the Philippines holds midterm polls. The three Southeast Asian countries are among the world's five most internet-addicted, according to We Are Social's 2019 global survey.

Using the online Twitter analysis tool Sparktoro, which works by taking a representative sample of followers -- along the lines of an opinion survey -- it appears Indonesian President Joko Widodo has over 5.1 million fake followers. That equates to more than 47% of his total follower base.

The findings are similar for Prabowo Subianto -- 47.7% -- Widodo's opponent in the April 19 presidential poll, while 46.9% of the 1.17 million followers of Prabowo's running mate Sandiaga Uno appear to be fake.

The Indonesian electorate numbers around 192 million people, while Twitter's worldwide user base -- after the platform conducted a purge of fake accounts last year -- was around 321 million in late 2018.

Citing privacy and security reasons, a Twitter spokesperson said the company does not comment on individual accounts, but added that it continues to work to address "behaviors which distract and distort from the public conversation." In India, where close to 900 million people will be eligible to vote in the world's biggest legislative election, even higher fake follower numbers appeared when leading accounts were put through Sparktoro's system: 59.1% for Prime Minister Narendra Modi and 54.3% for Rahul Gandhi, head of the opposition Indian National Congress.

Last year, Sparktoro conducted a manual analysis of U.S. President Donald Trump's Twitter account, finding that 61% of his 50 million-plus followers were likely fake, slightly above the 57% suggested by company's sampling system but close enough to indicate that the sampling methodology works.

Among the leading contenders in Thailand's election in March, 26% of Prime Minister Prayuth Chan-ocha's followers are fake, while the StatusPeople percentage for former Premier Abhisit Vejjajiva is 46%. Thaksin Shinawatra, the exiled former prime minister and de facto head of the main rival parties to those of Prayuth and Abhisit, is at 18%.

In Australia, the figures are 27% for opposition leader Bill Shorten and 25% for Prime Minister Scott Morrison.

And while StatusPeople gives lower "fake" percentages for candidates in India and Indonesia -- with Widodo at 2%, Subianto 6%, Modi 2% and Gandhi 12% -- those numbers do not include huge numbers of "inactive" followers. These climb to 73% for Widodo, 66% for Prabowo, 86% for Modi, 74% for Gandhi and 63% for Thaksin -- accounts that have a combined following of 69.4 million.

Marc Mims of Followerwonk, another service that uses a survey-like sampling method to analyze big Twitter accounts, said that determining whether an account is fake is not an exact science, but activity levels can show whether accounts are likely to be dubious. Southeast Asian countries are among the world's most internet-addicted.   © Reuters

"Followerwonk uses Social Authority, a score between 1 and 100 that measures an account's relative influence. It's based on a statistical model and machine learning. In general, accounts with scores below 10 have a high probability of being fake or bots," he said.

Followerwonk data show the percentage of followers who themselves have fewer than 100 followers, another potentially-telling proxy for influence. Of Widodo's total, 90.7% fall into this group, with Prabowo close behind at 87.1%. In Australia, the numbers for Morrison and Shorten are 63.6% and 77.6%, while in Thailand those for Prayuth, Abhisit and Thaksin are 79.1%, 94% and 93%.

The level of engagement between politicians and their Twitter flocks is another useful way to measure an account's reach.

As of Feb. 20, Widodo's 10 most recent tweets older than 24 hours had attracted between 14,000 and 42,000 reactions -- counting replies, retweets and likes. Those are very low numbers considering he has nearly 11 million followers.

Modi's 45.7 million followers make his the third biggest Twitter account of any politician, behind only Barack Obama and Donald Trump. But the Indian leader's account posted similar engagement numbers to Widodo over the time frame -- between 15,000 and 43,000. While it is more difficult to assess Twitter rivals such as Facebook or Instagram, where politicians in the Philippines and Thailand usually have bigger audiences than on Twitter, some insights can be gleaned from the amount of comments or reactions posts elicit. Interactions on candidates' Facebook pages are arguably low when compared with their total fans.

Philippine senate candidate Imee Marcos' 1.1 million Facebook fans yielded a low of under 700 interactions for a post on Feb. 18, to a high of 29,000 views for a campaign video posted the same day. Marcos and her fellow pro-government candidates may hope to get some online campaign backing from President Rodrigo Duterte, whose Facebook page has almost 10 million likes and follows, though Duterte does not post as frequently as opposition candidates.

Among the more prominent of those, Grace Poe's 6.6 million Facebook base far outnumbers her 111,000 on Twitter. Poe, who ran for the presidency in 2016, saw her 10 most recent Facebook posts, as of Feb. 19, attract 2,000 to 5,000 interactions -- taking in comments, likes and shares. Campaign videos she posted over the same time frame drew anywhere from about 6,500 to 48,000 views, with fellow former presidential aspirant Mar Roxas pulling similar numbers on his page. Despite the findings, and concerns about the potential deployment of bots to disseminate hoaxes, sometimes there is significant online engagement between politicians and voters. During Malaysia's landmark election last year, lead candidates Najib Razak and Mahathir Mohamad both broadcast their final campaign events live on Facebook, with Mahathir garnering 3.3 million views and Najib 1.2 million. The two streams drew a combined 184,000 comments.

Such large engagement numbers show those accounts, at least, are unlikely to include too many fake followers, said Cassey Lee, a researcher at the ISEAS-Yusok Ishak Institute in Singapore.

"While it is easier to create fake accounts, it is a bit more difficult to create large numbers of comments," he said.