Fears of military coup in Myanmar are exaggerated

Current speculation reflects a misreading of the situation 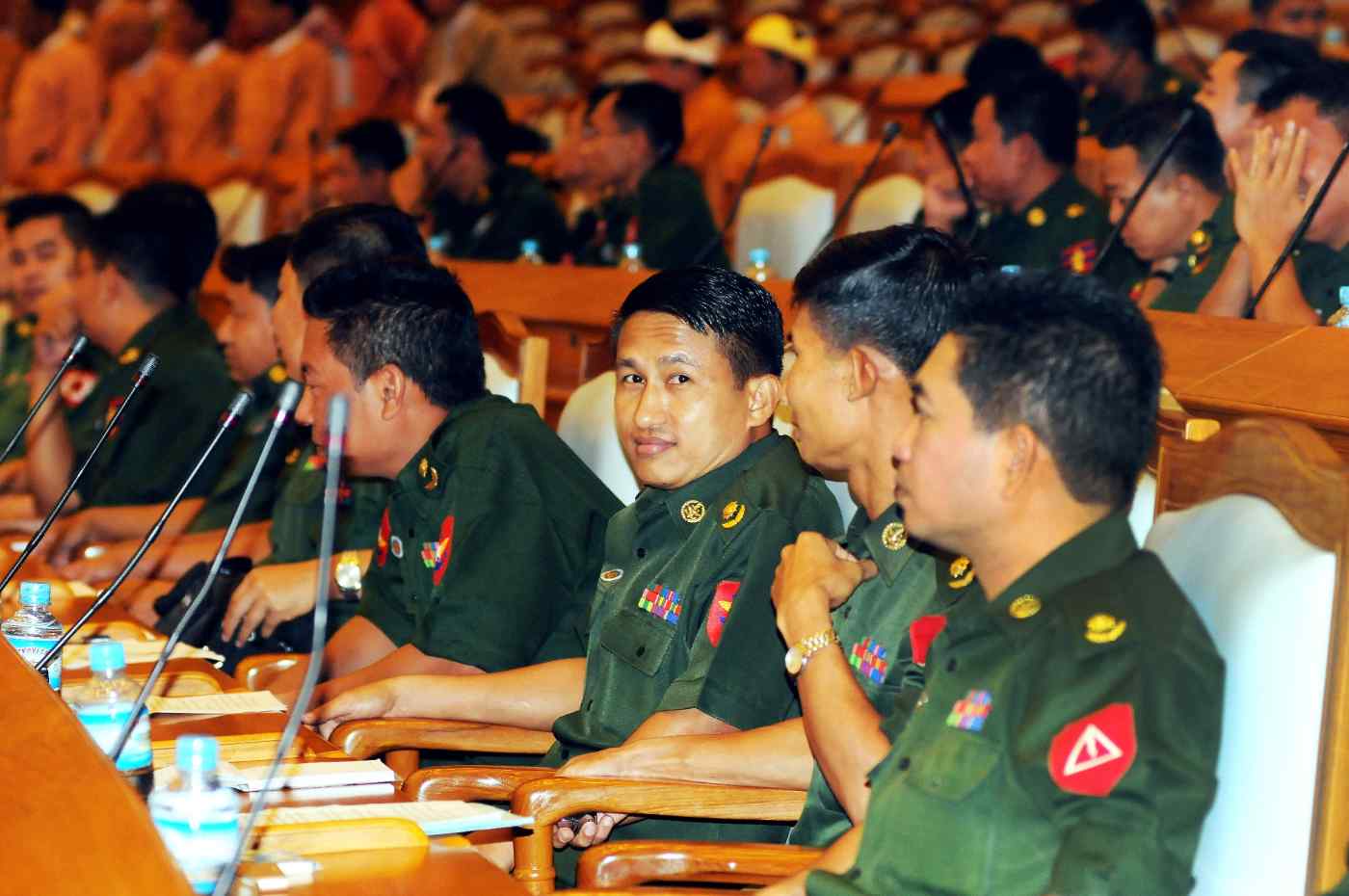 Weeks of violence in Myanmar's Rakhine State and intense fighting between government troops and ethnic armed groups along the Chinese border have led some to suggest that State Counsellor Aung San Suu Kyi is facing a crisis of such proportions that the military might mount a coup d'etat.

Accusations by Malaysian Prime Minister Najib Razak and others of genocide against minority Muslim Rohingya in Rakhine State, tensions within Suu Kyi's ruling National League for Democracy, four non-lethal bombings in Yangon, and overall economic underperformance round out a picture of uncertainty about the government's hold on power.

Some observers of Myanmar have long believed that the military creates crises as a "pretext" for expanding its power. Fears of a coup were raised after Commander-in-Chief Min Aung Hlaing in November made references to a "state of emergency" constitutional provision, leading to speculation whether the armed forces, or Tatmadaw, intends to oust Suu Kyi's government.

These concerns were reinforced on Nov. 28, when the former ruling and military-backed Union Solidarity and Development Party and 12 other minor parties called upon the president to convene the National Defense and Security Council. The military-dominated NDSC, with six active-duty generals wielding the majority vote among the 11 members, could consider declaring a state of emergency in Rakhine State amid a military crackdown on suspected Muslim militants. The president has not summoned it since the NLD came to power in April.

But these security-related statements can also be viewed as less a pretext for a return to military control than the expression of a fundamental commitment by the military and its allies to the constitution that put the NLD in power and protects its position there.

Statements by the commander-in-chief over the last six years have clearly shown a consistent dedication to -- and pride in -- the 2008 constitution, despite popular dissatisfaction with key provisions. A return to military rule would represent an unlikely reversal of his determination to sustain what he views as the legitimacy of the constitution.

Under the constitution, if the president determines that "local administrative ... functions cannot be carried out" by the civilian government [such as during an attack by armed groups identified by the military as "enemies"] then legal grounds exist for the president to establish mixed government-military rule or military administration in these areas rather than conducting "clearance operations."

Under a localized state of emergency, the military's actions would be open to the scrutiny of -- and some degree of accountability -- by legitimately elected representatives in the national, or Union, parliament, which is not the case in a counterinsurgency "clearance" campaign, such as that being undertaken in Myanmar's western and northern regions.

Amid the recent escalation of fighting in areas of northern Myanmar such as Shan and Kachin states, the lack of response by the NLD in taking measures to protect beleaguered populations has heightened concerns about a possible coup plan. The government's silence is perplexing. Its public statements on the security situation are entirely aligned with the Tatmadaw in its views about the causes and consequences of the conflict in the west and the north of Myanmar, and of the "valiant" efforts of the military to save the country.

Suu Kyi appears disinterested in or feels incapable of limiting military authority over "clearance operations" while failing to gain the greater accountability that could be afforded by the charter's state-of-emergency clauses. In Rakhine State, in the Muslim-dominated town of Maungdaw alone, the arrest of 575 suspects following the attacks on Oct. 9, six of whom have died in custody, would seem to justify the definition of an "emergency" that any democratically-elected government would want to address.

Despite growing concerns in some circles, no coup is in the offing. There are no troop movements toward the capital, no reshuffles of officers to prepare them to take on political power, and no arrivals of crowd control units in neighborhoods likely to oppose any such move. Taking power while fighting a new insurgency in the west and a full-fledged war against a new alliance of battle-seasoned rebel groups in the north would be a catastrophic move by the military. Beyond the security threats, the intensity and complexity of the vast array of economic, social, foreign policy and political problems faced by Myanmar are not ones the military leadership wants to take on at this moment.

Coup fears aired in the media and by some analysts were stoked by a misreading of two speeches by the commander-in-chief in November and a widespread misunderstanding of the controversial and sometimes contradictory 2008 constitution. The first speech was delivered in response to an unprecedented invitation to address the European Union Military Committee's meeting of chiefs of defense in Brussels on Nov. 8. Min Aung Hlaing was granted a "dedicated session... on the defense landscape in his country, in light of its progressing transition towards democracy and national reconciliation," according to the meeting minutes.

Starting with a broad historical overview dating back hundreds of years, Myanmar's senior general described the security threats to a country that is situated between Asia's two superpowers of China and India and which has faced continuous armed anti-state challenges and political instability. Despite these threats, he said, the Tatmadaw had single-handedly set the country "on the path of multi-party democracy... in conformity with Myanmar" conditions as a result of the 2008 constitution.

A second speech that mentioned Chapter XI was delivered on Nov. 26 to students at the National Defence College before their departure on a one-week visit to China. That speech was misreported by a government newspaper and English-language media. The speech contained no obvious or even subtle threat of a takeover, but instead a reiteration of his longstanding views on the role of the military in national affairs.

The English version of the Myawaddy newspaper correctly reported: "For political stability and national affairs, the senior general said that the Tatmadaw continued to play a role in national politics." But he said, the military had no business in "partisan politics."

The reference to the state-of-emergency clause was next mentioned in all likelihood to remind citizens that in crisis moments, national politics -- which can also be translated as "national affairs" -- takes precedence over party politics.

Perhaps the least understood portion of Myanmar's controversial 2008 constitution is Chapter XI, the section devoted to "emergency." In this section, the constitution breaks new ground from prior constitutional law in three ways. First, it distinguishes between local and national emergencies, thus providing for the first time a territorially limited intervention by either the central government or military to replace state, regional or local governments. Second, the constitution limits the length of time of "emergency" ordinances, a provision that would have once been unthinkable. Finally, the constitution outlines a process for both the declaration and lifting of national "emergency" status.

In other words, internal conflict or external aggression can be managed without the need to set aside the constitution or to impose martial law nationwide. But the institutional base for administering this process is not precisely clear in either the Burmese or English versions of the constitution, which accounts for the often-heard misinterpretation that the constitution raises the threat of a return to unlimited military domination of the government in crisis moments.

Under former President Thein Sein, three states of emergency were declared, in Rakhine State in 2012; Meiktila in 2013; and Laukkai in 2015 -- and subsequently lifted. The first two were likely issued after consultations with military leaders and probably the NDSC and resulted not in military administration but defense services' assistance to civil administrators, "to effectively carry out their duties," as the constitution puts it. The third one, on the heels of what the country viewed as a premeditated and foreign-backed attack from southern China followed consultations with some NDSC members, and resulted in the issuance of a military administrative order, setting aside the role of civil servants in local administration for the period.

Although populations in those areas reported abuses and criticized the military measures, none of the three states-of-emergency interfered with the constitutional roles of any branches of government outside the stipulated time frame and geographical area. All were scrutinized by parliament, and there is no reason to think future ones would be different. All three were lifted, though two were extended with parliamentary approval. There is also no reason to assume that the same conditions would not apply now.

If not a coup conspiracy, what is going on?

Coup predictions are rooted in three correct assumptions. First, Myanmar's military is not going away in national affairs. Second, given their differing views on that fact, the armed forces and Suu Kyi's NLD hold conflicting views over provisions of the 2008 constitution. The NLD and Suu Kyi continue to press for constitutional reform, particularly on the provisions preventing her from becoming president, while the commander-in-chief has never deviated from his position that amendments should not be introduced hastily and probably not in the next several years. This divergence is not going to be resolved any time soon, but it is not directly confrontational. Moreover it is sustaining an uneasy but possibly durable cohabitation between the military and the NLD.

Third, although they share similar concerns about the current conflicts in the west and the north, the relationship between Suu Kyi and the commander-in-chief appears to have deteriorated. What seemed to be a public rapprochement between the two several months ago is now reduced to comments on Facebook and speeches by the military chief to a largely unresponsive state counsellor. The latter may not recognize the urgency of the moment -- or she may be holding out for unknown tactical or strategic reasons. Either way, her professional career has involved great personal and political hardships but little experience in the management of crises involving ethnic nationality communities far from the Burman heartland. 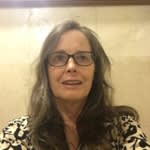