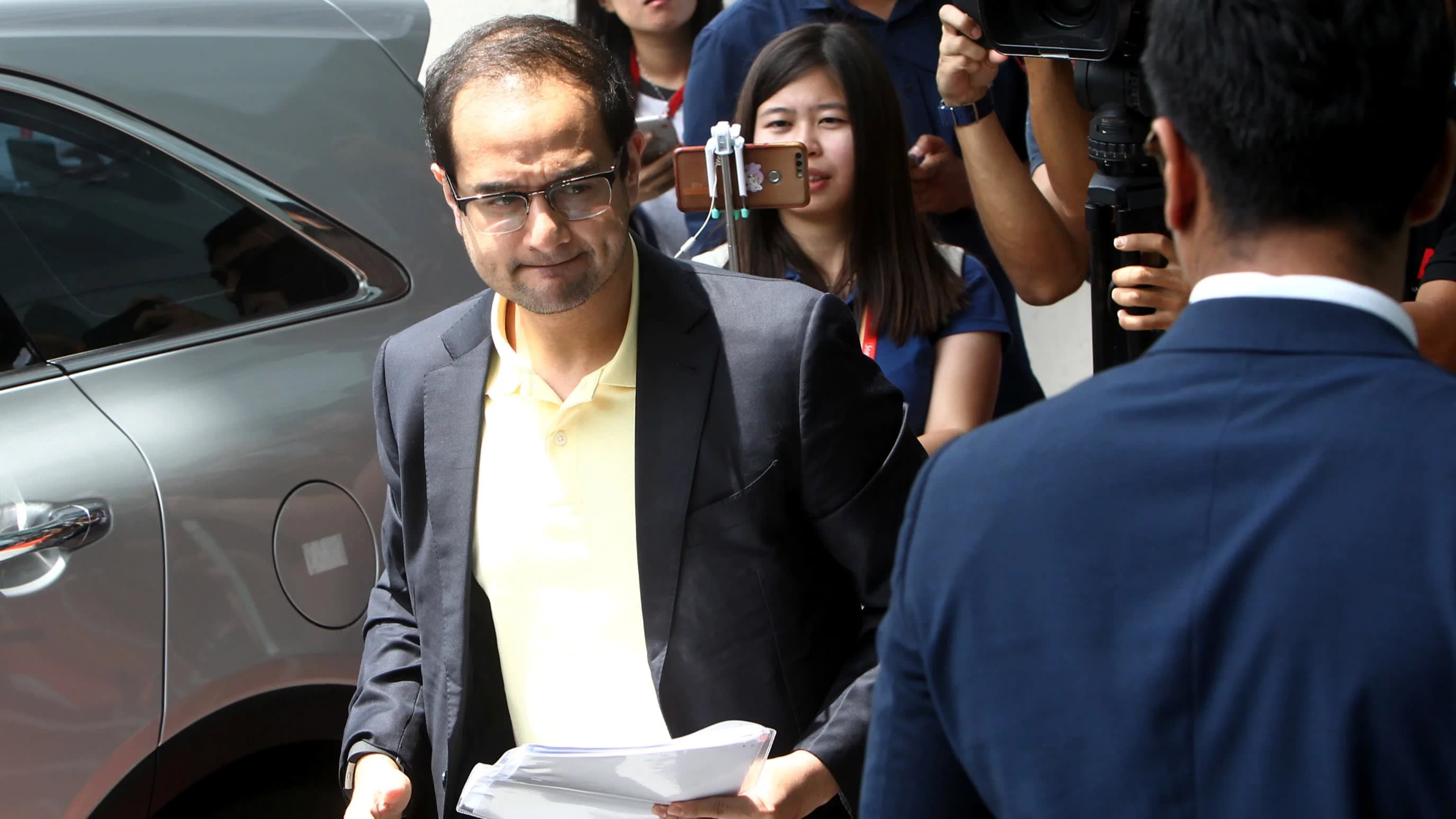 Riza Aziz, stepson of Malaysia's former prime minister Najib Razak, arrives to give a statement to the Malaysian Anti-Corruption Commission in Putrajaya, Malaysia on Wednesday.   © Reuters

Riza Aziz was a co-founder of Hollywood production company Red Granite Pictures, which was behind the Oscar-nominated film "The Wolf of Wall Street." The company has been linked to losses from the 1Malaysia Development Berhad (1MDB) state fund.

"He has to appear before the court tomorrow to face charges," Latheefa Koya, chief commissioner of the MACC, told Reuters in a text message.

Anti-graft officials did not say where they arrested Riza, who was released on bail, or whether the charges were linked to 1MDB.

Riza, who has denied any wrongdoing, was not available for comment.

He is the stepson of embattled former Prime Minister Najib Razak, who founded 1MDB in 2009, and now faces 42 criminal charges related to huge losses at the fund and other state entities. He has pleaded not guilty.

The MACC had summoned Riza for questioning last year in connection with the investigation into 1MDB.

Last month, Latheefa said Malaysia was looking to recover about $5 billion worth of foreign assets linked to 1MDB.

1MDB is being investigated in at least six countries for alleged money laundering and graft.

Red Granite paid the U.S. government $60 million in September 2017 to settle a civil forfeiture claim over the rights to "The Wolf of Wall Street."