A bill expected to go before the parliament next year would require buyers of land near such locations as the Yokosuka naval base in Kanagawa Prefecture, home to the U.S. Navy's 7th Fleet, as well as Self-Defense Forces bases, to report the purpose of their purchase in advance.

The government sees this economic security legislation as essential to expanding Japanese cooperation with the so-called Five Eyes intelligence alliance of the U.S., the U.K., Canada, Australia and New Zealand.

In a recent report, a bipartisan study group at the Washington-based Center for Strategic and International Studies think tank urged the U.S. and Japan to "make serious efforts to move toward a Six Eyes network." The U.S., Australia and other countries restrict land purchases around military bases.

The reporting requirement would cover islands that form the basis for defining Japan's exclusive economic zone. One proposal for the legislation would also include airports, seaports and other important infrastructure. 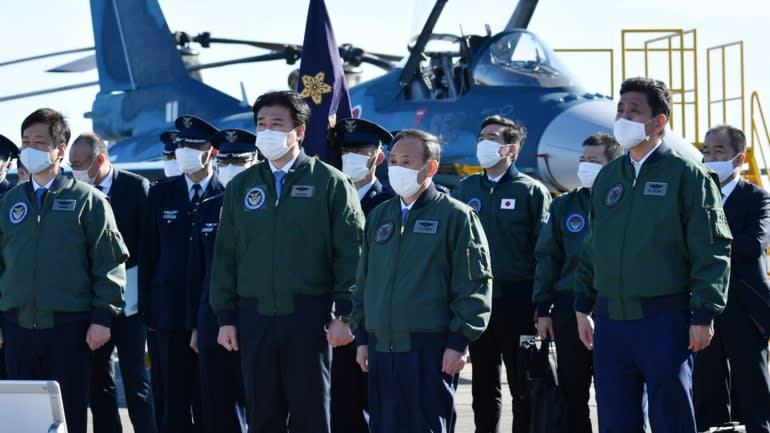 Policymakers initially sought to limit the reviews to land purchases by foreign buyers. But such a move may run afoul of the General Agreement on Trade in Services, which calls on member nations not to discriminate against foreign businesses.

There were also concerns that some Japanese companies with foreign shareholders could avoid scrutiny, so policymakers will seek a rule that applies to all companies regardless of nationality.

Fines will be issued if the use of the land differs from the stated purpose. "Fines of tens of thousands of yen [10,000 yen equals $96] will not act as a deterrent," a senior Cabinet Secretariat official said, suggesting that the penalties would be steep.

For sensitive land already acquired, the government's investigative powers would be expanded. National authorities would be able to look into resident registration of landowners, which will establish their nationality, as well as property tax payment records.

Both types of information are maintained by local governments, so the new legislation will clarify the authority of central government officials to access the information.

When it comes to privately owned land, Japan's government lacks the authority to collect personal information on nationality and other particulars. It can review real estate registration records -- but the registrant's name can be changed at any time by the owner, complicating efforts to track property transactions. Access to residency registration and property tax records is now mostly limited to criminal investigations.

The government is also considering creating a framework for state purchases of land that could provide locations for spying on nearby SDF facilities.

The government cannot currently buy land around military installations without stating a specific purpose, such as holding SDF drills. Policymakers will consider broadening the authority to acquire land in the new legislation.

The U.S. restricts land usage by noncitizens around military facilities and hub airports under the Foreign Investment Risk Review Modernization Act. The president can block transactions believed to present national security risks, based on recommendations by the Committee on Foreign Investment in the United States. Australia also requires government approval for certain land acquisitions by foreign nationals.