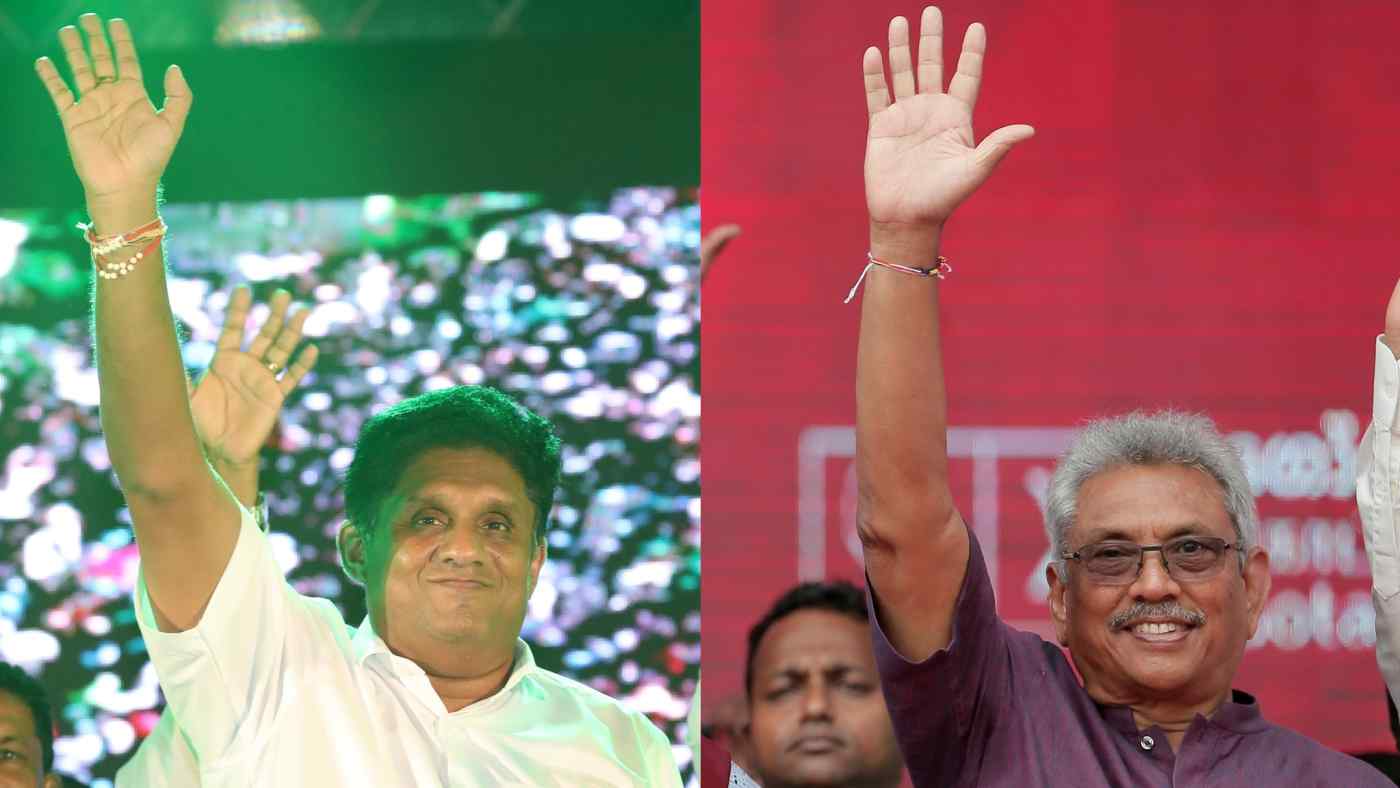 COLOMBO -- Sri Lanka goes to the polls on Saturday to choose its next president, with the winner expected to steer the ship of state for at least the next five years. The winning candidate in this strategically located South Asian nation can be an indicator of the outcome in parliamentary elections that follow early next year, a scenario that played out in the previous presidential poll.

The nation's voters closed ranks nearly five years ago to oust then-President Mahinda Rajapaksa, whose decade in power was marked by an authoritarian streak. The results of the parliamentary elections that followed mirrored the country's anti-authoritarian sentiment.