Nazarbayev says he remained in the country during unrest 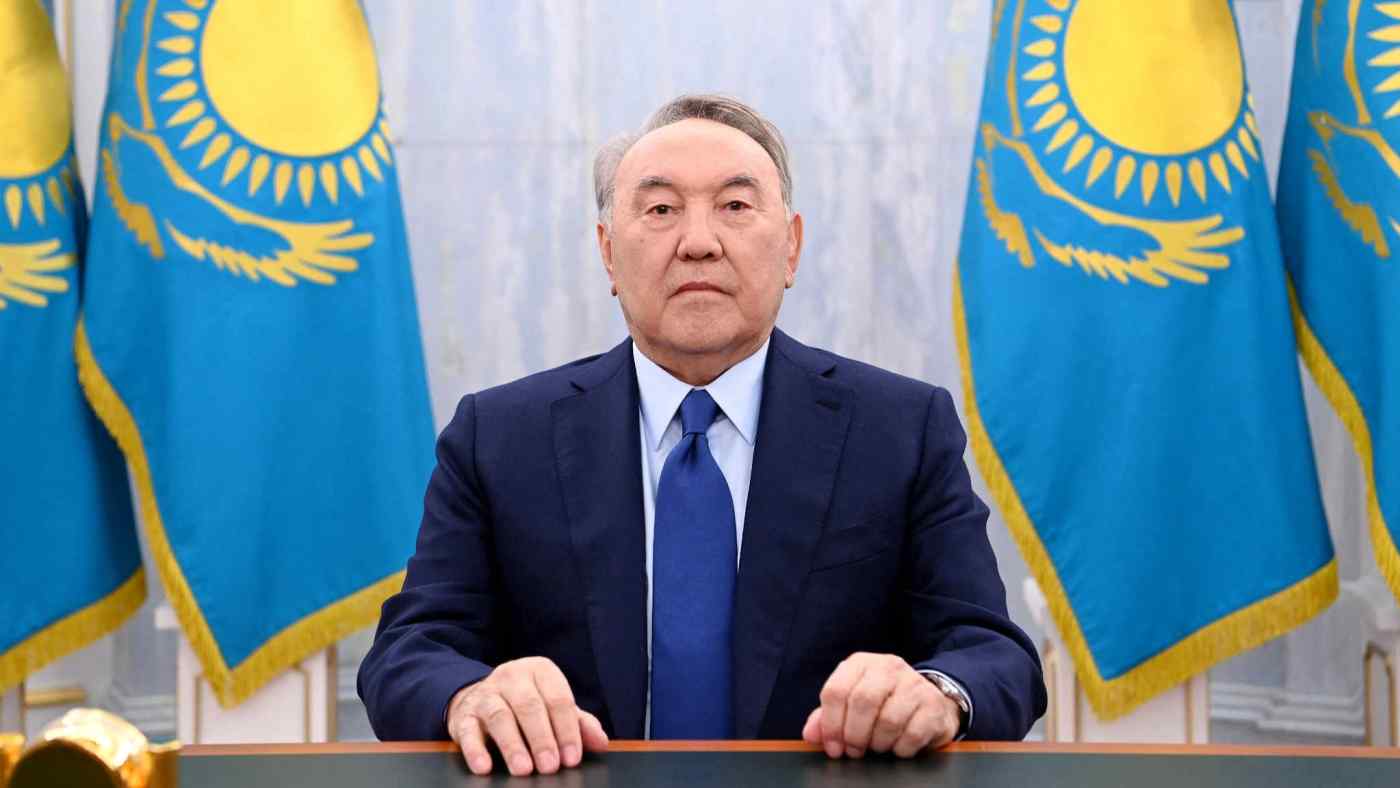 Kazakh former President Nursultan Nazarbayev poses during a televised address to the nation on Jan. 18. (Official website of the first president of the Republic of Kazakhstan via Reuters)   © Reuters
January 18, 2022 22:22 JST | Kazakhstan
CopyCopied

NUR-SULTAN (Reuters) -- Former Kazakh President Nursultan Nazarbayev appeared on Tuesday for the first time since unrest rocked the former Soviet republic this month, saying in a video address there was no conflict among the country's elite.

Nazarbayev, who ruled the oil-producing country for three decades, said he had remained in Kazakhstan during the worst violence in the country's post-Soviet history.

Unrest erupted over a sharp increase in car fuel prices before swelling into an anti-government movement, with public anger targeted at 81-year-old Nazarbayev. The prosecutor general's office has said at least 225 people were killed.

Speaking two weeks after the protests began, Nazarbayev said he was no longer in charge of Central Asia's richest nation.

Nazarbayev's sudden disappearance during the protests and the detention of former state security chief Karim Masimov on treason charges have prompted talk of a rift between the former president and his successor Tokayev.

"There is no conflict or confrontation within the elite," Nazarbayev said. "Rumors about this are completely unfounded."

At the peak of the unrest, Tokayev said he was taking over as chairman of the security council, a position through which Nazarbayev had continued to wield sweeping powers after resigning as president.

Once security forces restored control over the country of 19 million, Tokayev said he wanted those who had made their fortunes under Nazarbayev's rule to share their wealth with the public.

Since Jan. 15, all three of Nazarbayev's sons-in-law have resigned from senior positions at state companies and a business lobby group and Tokayev has sacked the ex-president's nephew from the No. 2 position at the National Security Committee.