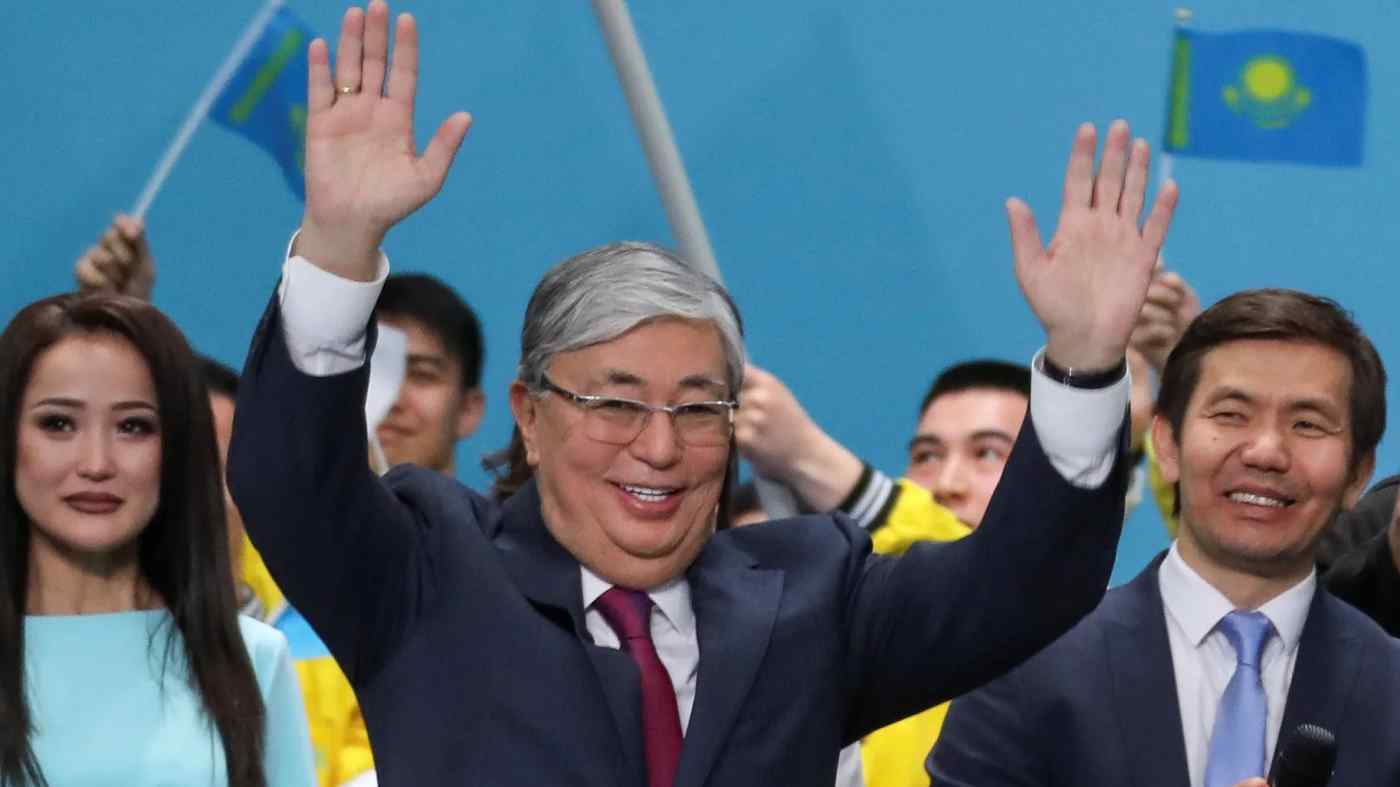 Kassym-Jomart Tokayev told a ruling party convention on April 23 he would ensure the "continuity" of his predecessor's policies, including on the economy and foreign trade.   © Reuters
NAUBET BISENOV, Contributing writerApril 23, 2019 15:57 JSTUpdated on April 24, 2019 06:11 JST | Mongolia, Central Asia, Afghanistan
CopyCopied

NUR-SULTAN and SEMEY, Kazakhstan -- Interim leader Kassym-Jomart Tokayev on Tuesday gained a powerful endorsement from the country's former strongman as the ruling Nur Otan party unanimously nominated him as a presidential candidate for the June 9 election.

Tokayev was appointed interim president in a constitutional procedure after Kazakhstan's long-running Soviet-era leader Nursultan Nazarbayev stepped down on March 19.