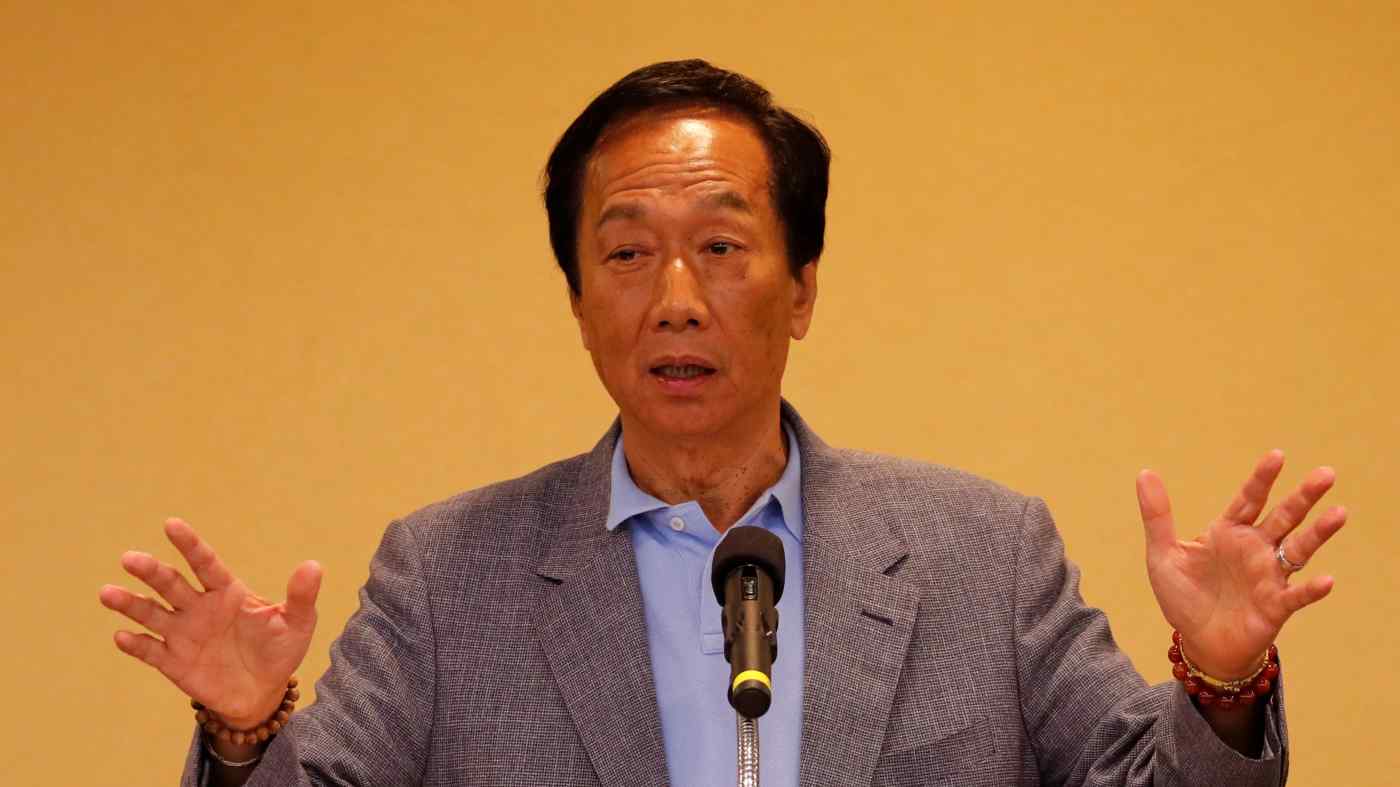 TAIPEI -- Foxconn founder Terry Gou on Saturday said that he is preparing to run for Taiwan's presidency, and that he will soon make a final decision on whether to enter the race.

"I am preparing. I am still [doing some] final thinking about it," Gou told Japanese media in Taipei. "I must be well-prepared and have the confidence to win before making a decision."

It was the first time Gou had spoken to the media about his presidential ambitions since he lost the primary for the opposition Kuomintang, or KMT, in July. Prospective candidates have until Sept. 17 to register; voters will go to the polls in January 2020.

The tech billionaire has not met KMT Chairman Wu Den-yih or Han Kuo-yu -- the Kaohsiung mayor who defeated him for the party's nomination -- since mid-July. However, he has held talks with the KMT's estranged former Legislative Yuan Speaker Wang Jin-pyng and Taipei Mayor Ko Wen-je on possible collaboration.

Gou's campaign office recently said that if he does run, he will do so as an independent candidate.

Gou said Taiwan needs a leader who can bring "peace and economic growth." The independence-leaning Democratic Progressive Party government of President Tsai Ing-wen lacks communication channels with Beijing, which raises the risk of a "misjudgment," the tycoon said.

He also stressed he has known many high-ranking Chinese officials such as Premier Li Keqiang and top political adviser Wang Yang for a long time, thanks to Foxconn's investments there. "They know we delivered what we promised and Foxconn has never delayed payrolls to employees," Gou said.

"As we have mutual trust and I won't go for the path of independence, why would they want to attack?" he said. "China already has a lot of problems like the trade war, Xinjiang and Hong Kong issues. As long as you don't push forward independence, Taiwan will not be a top priority for them." Terry Gou speaks to a group of reporters in Taipei on Sept. 7. (Photo by Kensaku Ihara)

Gou said cross-strait relations between Taiwan and China cannot be separated from the Washington-Beijing trade war. "Taiwan plays a very key role in the trade war. We should explore business opportunities in the U.S., while securing our market share in China."

He added, "We can build supply chains for the G2 -- one for the U.S. and one for China," using a term sometimes employed to describe the two powers.

The billionaire said if he is elected, he plans to lead 1,000 Taiwanese manufacturers of products such as semiconductors and machine tools to invest in the U.S. He would also seek to maximize business collaboration between Japan and Taiwan, he said.

In the KMT primary race, Gou lost despite appearing to make up ground on Han at one point. In the end, Han's approval rating was 44.8%, well above Gou's 27.7%.

If Gou were to run as an independent, however, it could divide the KMT's support base and work in favor of Tsai, who will be seeking a second term.

Tsai, who struggled with low popularity until earlier in the year, finds herself in a more favorable position. The ongoing protests in Hong Kong over a now-retracted extradition bill have, to an extent, made many Taiwanese warier of drawing closer to mainland China.

Another possible candidate for the presidency is Ko, the Taipei mayor. He launched a new party called the Taiwan People's Party in August but has not made it clear whether he will actually run.