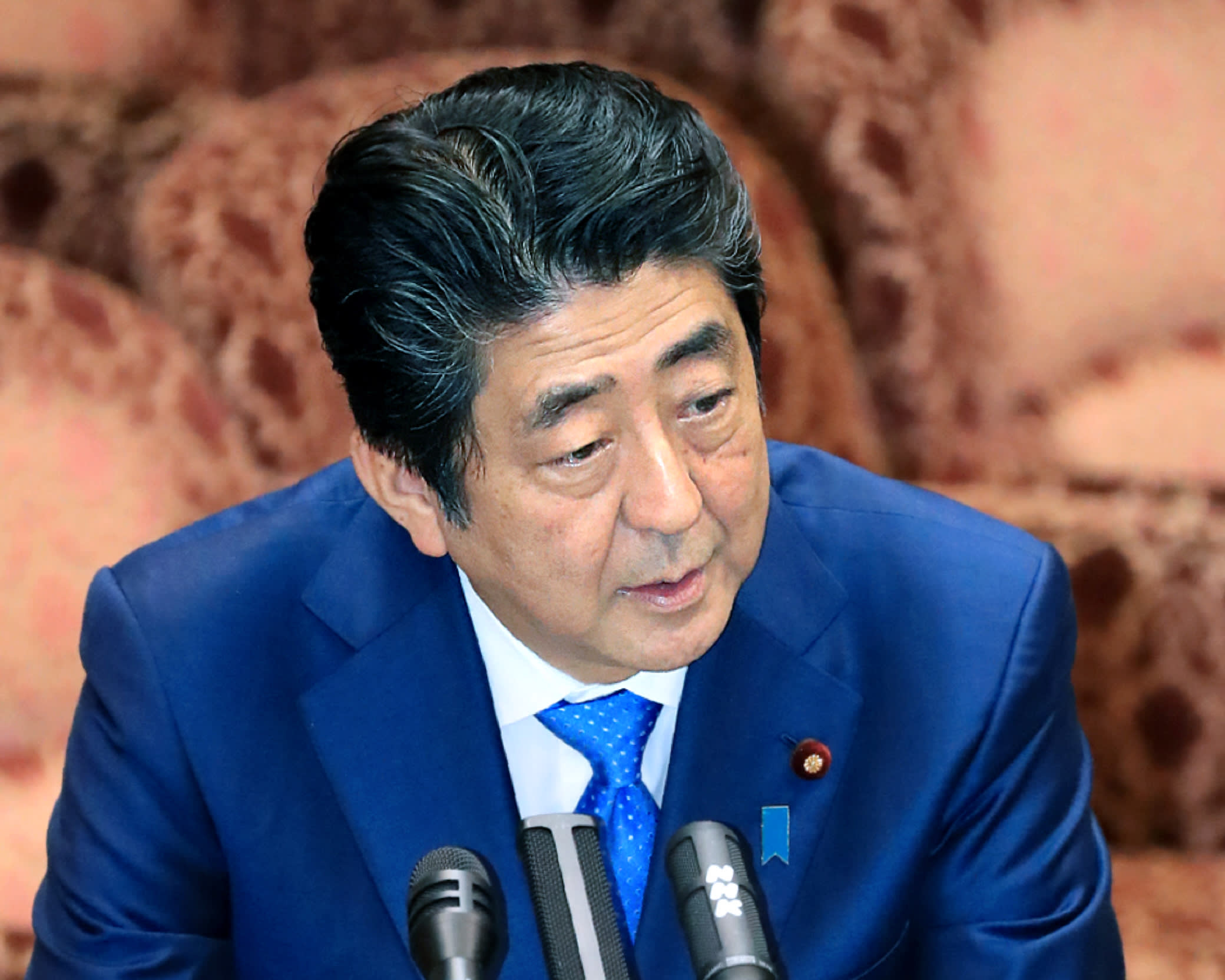 TOKYO -- Japanese Prime Minister Shinzo Abe on Friday categorically denied allegations made the day before by the head of nationalist school operator Moritomo Gakuen that an aide to the first lady had contacted the government over land linked to an apparent sweetheart purchase.

Amid the widening scandal, opposition lawmakers ramped up pressure on Abe and his wife, Akie.

In response to repeated questions from lawmakers at an upper house budget committee meeting, Abe time and again insisted that neither he nor his wife were involved in any land deal with Moritomo Gakuen. "I've already answered this question many times," he said at one point.

Yasunori Kagoike, who plans to step down as head of Moritomo Gakuen, had claimed in his testimony in the Diet that Akie Abe implied he should stay silent in an email. "It's extremely regrettable that such a malicious statement was made," the prime minister said on Friday.

The government initially planned to home in on any inconsistencies in Kagoike's testimony and quickly put the issue to rest. But his new allegations have only fed the fire. Concerns are growing, especially with the public's reaction hard to read.

In an unexpected move, the Abe government released emails sent between the first lady and Kagoike's wife. In the last two months since the scandal first came to light, they have exchanged a total of 64 messages. Kagoike had claimed that he received 1 million yen ($9,000) from Akie Abe, and gave her 100,000 yen to show appreciation for a speech she gave at his school. But in the disclosed messages, she expressed her confusion at these allegations and said she had "no recollection" of such events.

"Since making everything public would help clear up any misunderstandings, we decided to release the messages," the prime minister explained Friday.

Kagoike on Thursday played up his relationship with Akie Abe, alleging the first lady and his wife messaged each other 22 times in February and 15 or 16 times in March. By releasing the first lady's personal emails, the government is trying to keep public opinion on its side.

In his testimony, Kagoike said he discussed his lease on government land with Akie Abe. Her then-aide Saeko Tani allegedly contacted the Finance Ministry over the matter, then faxed him the response.

The prime minister adamantly refuted this claim. "My wife said she remembers receiving a short message from Mr. Kagoike, but that she had never heard the details," Abe said Friday.

He argued that the aide reached out to the ministry on her own accord. "It does not qualify as a political favor or inappropriate pressure," he said.

"Ms. Tani made a personal request" to the Finance Ministry, Chief Cabinet Secretary Yoshihide Suga also said. When asked about the language in the fax, which suggested those on the first lady's team would continue monitoring the situation, Suga said Tani was talking only about herself.

Moritomo Gakuen eventually purchased the plot for a tenth of market price. National Tax Agency Commissioner Hidenori Sakota, who was head of the Finance Ministry's Financial Bureau at the time of the sale, and another key financial official discussed the scandal in the Diet for the first time Friday. Both denied any political considerations behind the deal.

But the scandal will not be easy to knock down. Even Abe admitted that Kagoike's allegations cannot be completely disproven, since many of them allegedly took place during a private meeting. "We don't have anything conclusive that would satisfy the public, so we're now playing a game of 'he said, she said' with Mr. Kagoike," a top government official said.

"The cabinet's approval rating is still at 50% or more," another official said. But others worry that support for Abe, which has remained strong up until now, could plummet if the scandal drags on.

The four opposition parties are preparing for a long-term fight to uncover the truth. "If Ms. Akie refuses to give her testimony, there will be an impact on the Diet's future schedule," said a member of the leading opposition Democratic Party. Polls by various media outlets have shown a downturn in cabinet approval. The opposition hopes to weaken the government further by focusing on the issue as long as possible.