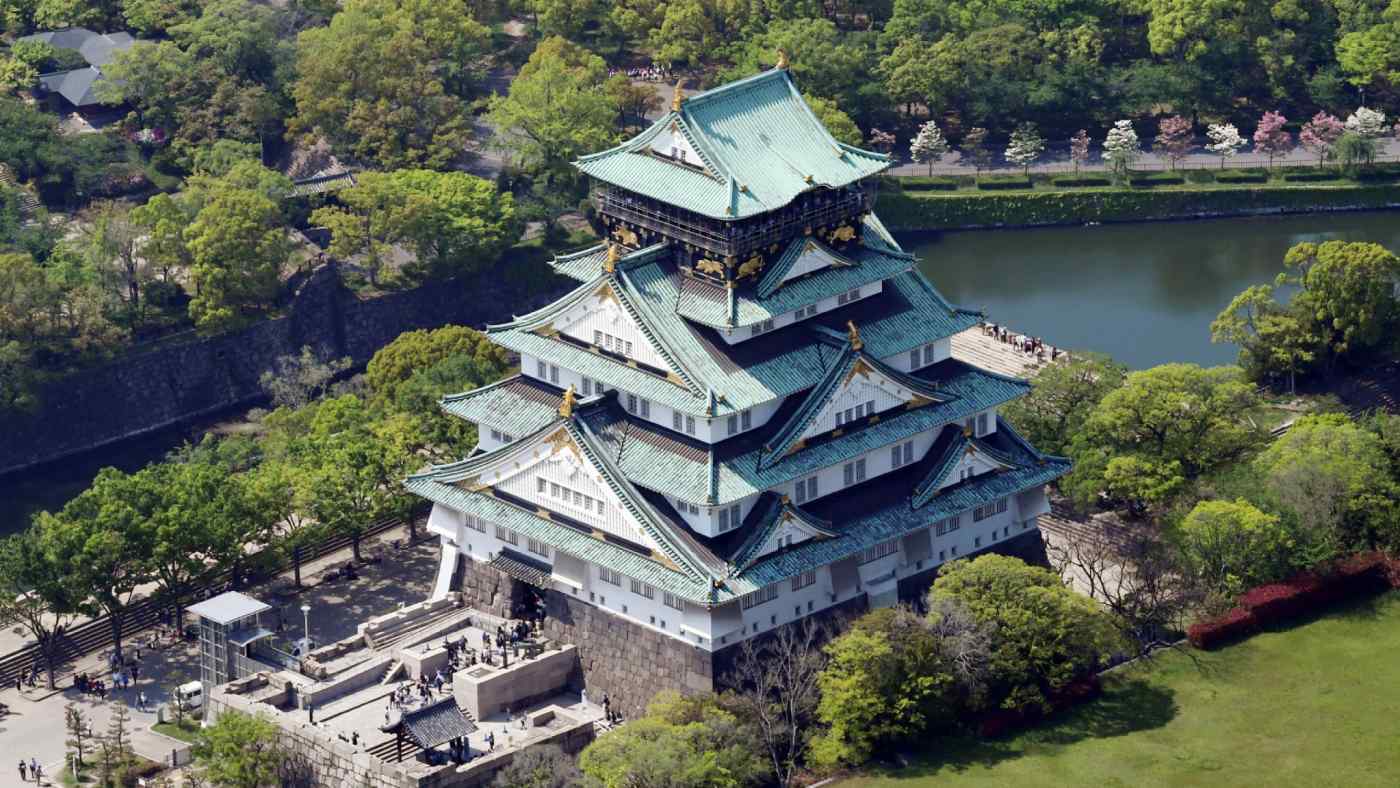 The Osaka Castle tour is one of the most popular attractions in the city.
TAKEMI NAKAGAWA, Nikkei staff writerJune 15, 2019 04:41 JST | Japan
CopyCopied

OSAKA -- Tourists planning a visit to the city of Osaka later this month could see their itineraries disrupted as police tighten security for a Group of 20 summit that will bring foreign leaders to the bustling commercial hub in western Japan.

Leaders from 37 nations, regions and international organizations, including U.S. President Donald Trump and Chinese President Xi Jinping, will gather in the nation's third most populous city -- after Tokyo and Yokohama -- on June 28 and 29, making the summit one of the largest conferences ever held in Japan.

Over 25,000 police officers will be deployed to ensure their safety, with tightened security creating far-reaching repercussions. Many tourist attractions will be closed and taxi services to and from area airports will be suspended.

The Osaka Castle tower, which drew about 2.75 million visitors in the year ended March 2018, will be closed on June 27 and 28. The tower that offers an observation deck and the park surrounding it are a major tourist destination. "We ask people for understanding," said a city official.

According to the Osaka Convention & Tourism Bureau, at least 20 sightseeing spots will be closed or suspend tours during the summit as part of the city's security measures. Sightseers would be well advised to check in advance whether the attraction they want to visit will be open. Foreign tourists walk around the Dotonbori district of Osaka.

Hotel rooms will also be scarce during the summit. Foreign leaders and their aides secured rooms almost a year ago, claiming accommodations for roughly 30,000 people in the city.

Tourists counting on using coin-operated lockers will be out of luck as those facilities at major stations will be closed. Posters informing the closure in English, Chinese and Korean are posted everywhere at the station.

While hotels keep customers' luggage, Airbnb and other private rentals do not offer such a service. Tourists may be forced to drag large suitcases on the streets of Osaka during the summit.

There will also be road closures. The affected sections of the Hanshin Expressway form a vital transportation artery used by about 800,000 vehicles a day. The Osaka Prefectural Police hope to halve traffic volume in the city during the summit to prevent congestion and are calling on drivers and businesses to cooperate.

MK, a major taxi operator based in Kyoto, will halt a share-ride taxi service linking Kyoto and Kobe to nearby airports, and suspend taxi service between Kansai International Airport and hotels from June 27 to 30. "Smooth taxi service will be difficult, mainly due to traffic jams," a company official said.

Western Japan has many charms for overseas visitors, including Shinto shrines and Buddhist temples in Kyoto and Nara, Kobe beef available in the renowned namesake port city and the neon-lined streets along the Dotonbori canal in Osaka. While a tourism official in Kobe expressed hope that foreign tourists unable to find accommodation in Osaka will stay in the neighboring city, he said he is afraid they may simply avoid the entire region.

Nankai Bus, which offers an express service connecting Osaka to Tokushima on the island of Shikoku, will suspend operations from June 27 to 29. "The step may discourage foreign tourists from visiting Tokushima because many of them travel to Kansai International Airport to visit Tokushima," said a prefectural official.