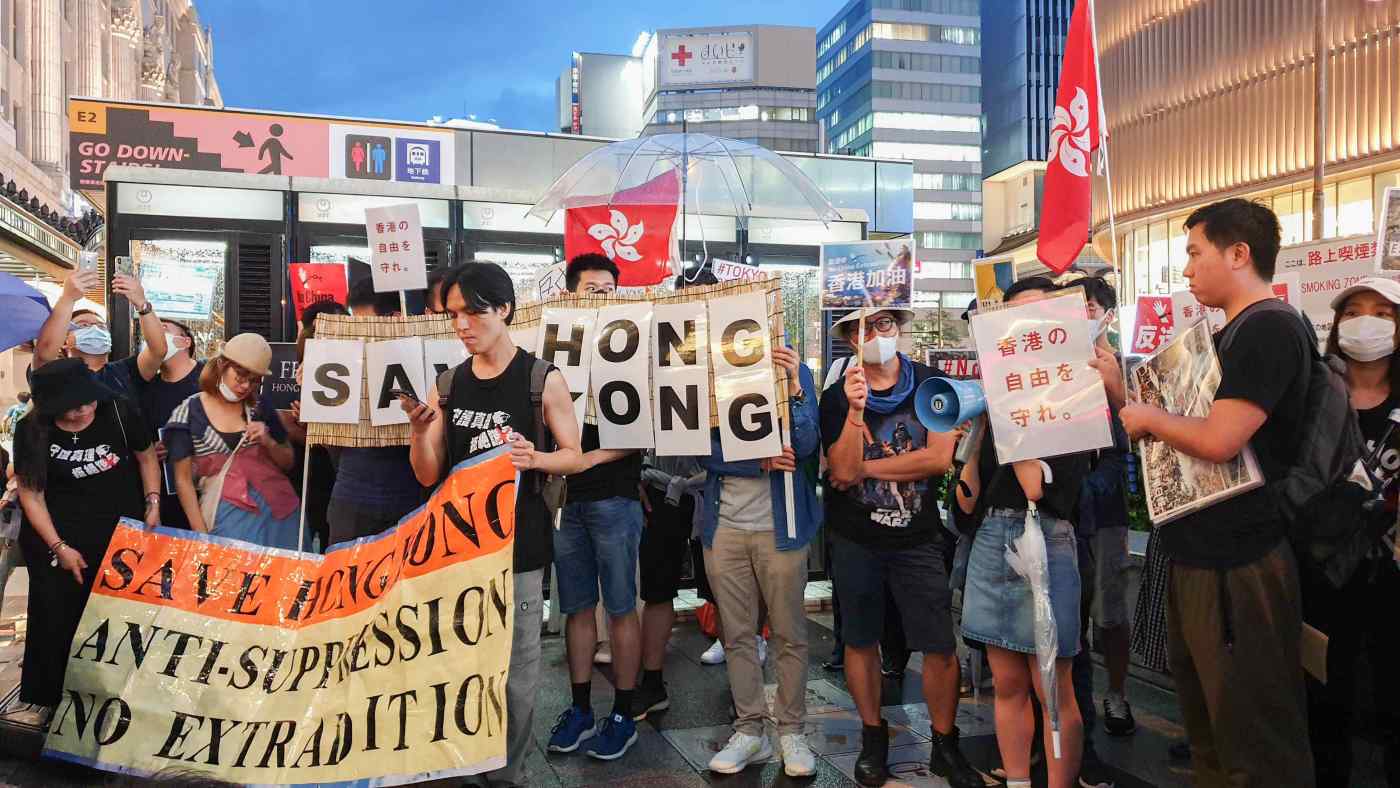 Dozens of protesters from Hong Kong stage a rally in Osaka on June 27 to appeal to G-20 leaders ahead of their summit here. (Photo by Erwida Maulia)
ERWIDA MAULIA, Nikkei staff writerJune 27, 2019 23:35 JST | China
CopyCopied

OSAKA -- Dozens of Hong Kong residents protested against a controversial extradition bill Thursday as they called on leaders of the Group of 20 economies convening here to help protect them from what they say is an attempt by Beijing to erode their freedom.

Braving a steady rain in the bustling entertainment district of Namba, a 30-minute drive away from the high-security summit venue, demonstrators warned G-20 leaders that the Chinese Communist Party's attempts to take full control over Hong Kong would have an effect on their countries as well.