Five things to know about the Trump-Xi summit in Osaka 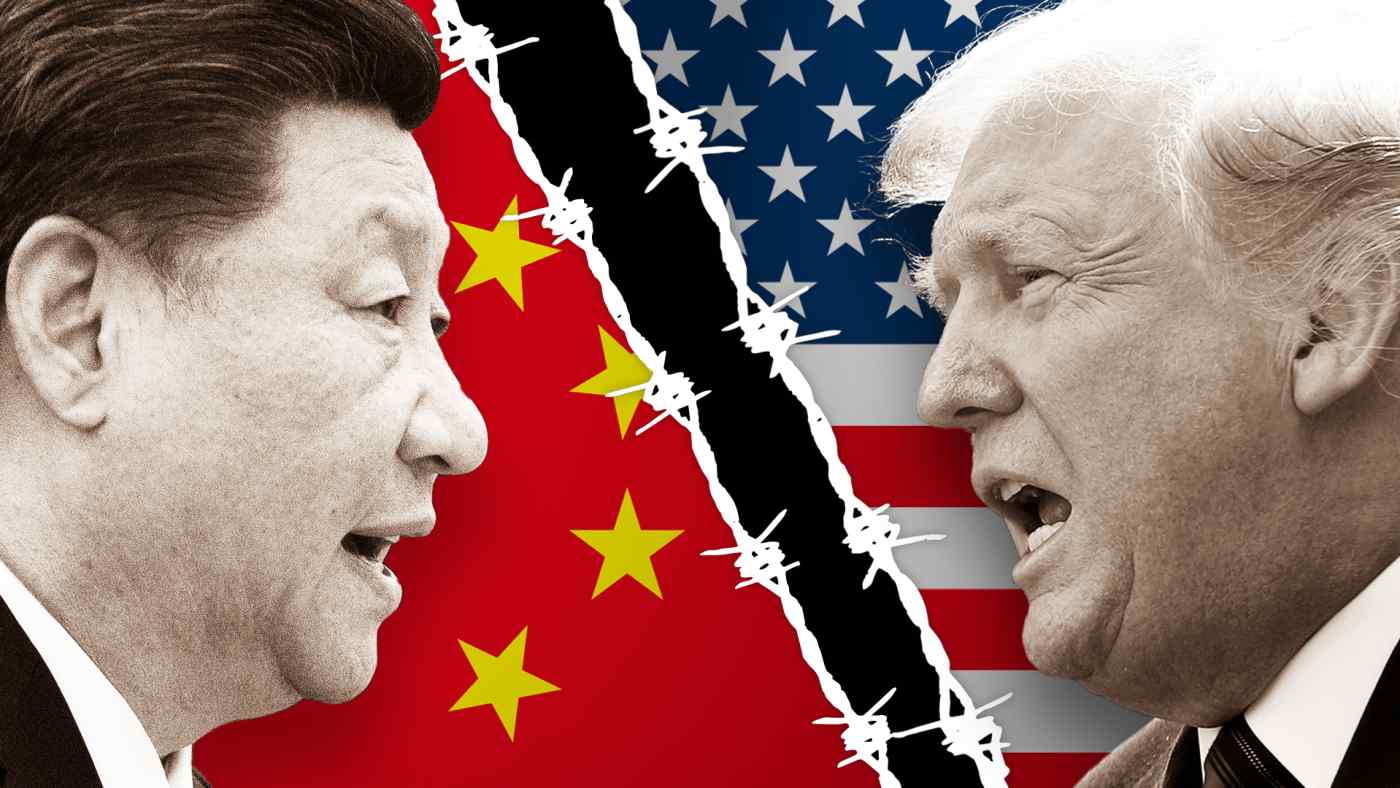 OSAKA -- U.S. President Donald Trump is scheduled to meet with his Chinese counterpart, Xi Jinping, in Osaka on Saturday on the sidelines of the annual Group of 20 leaders' summit.

Their first face-to-face talks since December are attracting far more attention than the summit itself because of the stakes for the global economy.

Here are five things to watch for in their talks.

Why is the get-together important?

The outcome of the meeting between the leaders of the world's two biggest economies could set the stage for continued growth, or for a global recession.

Unless a deal is struck between Washington and Beijing in the next week or so to avert a tariff escalation, conditions for the global economy will "resemble a mild 'global recession' -- similar in magnitude to the eurozone crisis," with over half the impact hitting "innocent bystanders," economists at Swiss bank UBS warned in a report.

Trump began by introducing 25% duties on a small portion of Chinese imports in July 2018, then rapidly raised them in two successive rounds. The U.S. says it is prepared to subject all Chinese imports, worth about $570 billion annually, to higher tariffs. By July 1, the legal process for the increases will be complete, including publishing Federal Register notices and holding public hearings. This will leave Trump free to take action any time after that date, according to UBS.

Escalation of the trade war is also likely to mean more restrictions on technology transfers to Huawei Technologies and other Chinese tech companies -- and invite retaliation from Beijing.

What are Trump and Xi seeking from the talks?

With the next presidential election to take place in November 2020, Trump is looking for quick, concrete results, such as China committing to a specific import target for American products, say, $200 billion a year, from around $120 billion at present. The U.S. also wants to lower the newly imposed tariffs in stages, rather than all at once, believing this will give it more leverage to enforce an agreement.

China, on the other hand, wants the tariffs scrapped, or at least partially lifted, as soon as a deal is agreed to. It is also resisting unrealistic numerical import targets and balking at requests for legal changes in China regarding industrial policy, such as intellectual property rights and subsidies, and on internet freedom, seeing these as infringements of its sovereignty.

Jianmin Jin, s senior fellow at Fujitsu Research Institute in Tokyo, says China's most important demand is that U.S. legal sanctions against Huawei, China's telecoms champion, be lifted. The Trump administration has banned the sale of high-tech components and software to Chinese companies on the U.S. "entity list." 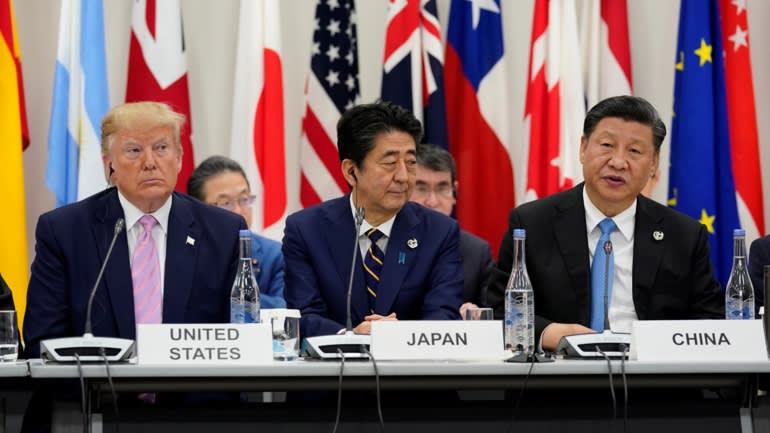 Japan's Prime Minister Shinzo Abe is flanked by Trump and Xi during a session of the G-20 leaders summit in Osaka on June 28.   © Reuters

Why is the trade issue so difficult to resolve?

Analysts say political pressure to reach a deal is lacking on both sides. In the first quarter, the U.S. economy grew a solid 3.1% from the prior quarter on an annualized basis. China's economy expanded 6.4% on the year, the same pace as the previous quarter.

"Neither side is suffering enough to feel the need for a compromise," Jin said.

The two sides have come close to an agreement in the past, only to see the discussion break down at the last minute. In an earlier round of talks in May, the two sides were preparing for a signing ceremony presided over by Trump and Xi. U.S. officials say China suddenly reneged on previously agreed provisions, killing off a final agreement.

What is the likely outcome of the G-20 side meeting?

Analysts predict the two countries will make enough progress to keep the negotiations going and stave off further rounds of tariff increases. The two sides are expected to resume cabinet-level talks that have been suspended since the U.S. raised duties to 25% from 10% on $200 billion of Chinese imports in its third round of hikes.

But few observers expect a quick breakthrough; most anticipate that Washington will let its earlier-threatened tariffs take effect.

What are the other big issues for the bilateral talks?

Although trade is expected to dominate the discussion, experts believe North Korea will also be on the agenda. Xi held talks with North Korean leader Kim Jong Un in Pyongyang onJune 20 and 21.

Xi's trip to the reclusive communist state was the first by a Chinese leader in 14 years, and hints at a stronger commitment by Xi to mediate between Trump and Kimover stalled talks between Washington and Pyongyang over the North's nuclear weapons program.

Xi said the visit "demonstrated both sides' determination to push for a political solution to the nuclear issue on the Korean Peninsula," according to the official Xinhua News Agency. North Korea is under strict U.N. sanctions, but if North Korea takes steps to defuse tensions on the peninsula, Xi is likely to press Trump to take reciprocal steps, said Fujitsu's Jin.