Summit in Japan dominated by the US-China trade spat 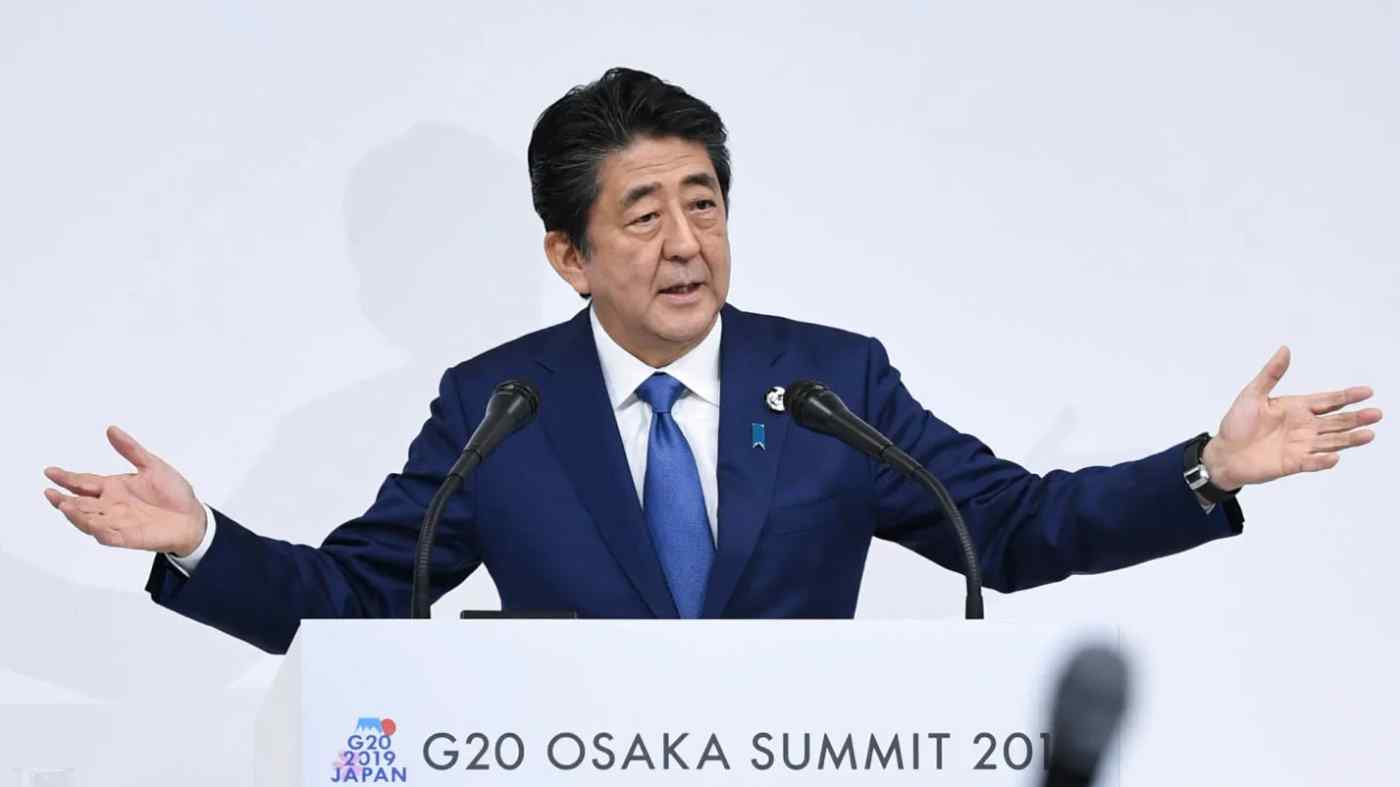 OSAKA -- The Group of 20 leaders ended a summit dominated by the U.S.-China trade war with a commitment to accelerating efforts to reform the World Trade Organization.

Prime Minister Shinzo Abe of Japan, this year's host, said reforms are "unavoidable" because of downside risks and anxiety over trade tensions, and because the WTO has been unable to keep up with the rapid pace of globalization and digitization.

"What we need now is to solidly build [trade that is] free, fair, nondiscriminatory [with] open markets and a level playing field," Abe told a news conference after the closing of the summit in a sprawling convention center complex on a reclaimed island off Osaka. "We need to create new rules... without losing speed."

Abe also touted the launch of Osaka Track, an initiative aimed at devising new rules regarding digital data governance, calling it an "urgent mission." He said earlier that the rise of e-commerce and the digital economy has enormous potential, but international rules are needed to cope with the massive cross-border flows of data.

The two-day gathering also produced the G-20 Osaka Leaders' Declaration, which says global growth is stabilizing and is generally projected to pick up moderately later this year and into 2020. The statement, however, also warns of negative risks.

"Growth remains low and risks remain tilted to the downside," the document says. "Most importantly, trade and geopolitical tensions have intensified."

Indeed, trade tensions between the U.S. and China dominated the gathering, with leaders expressing hopes that the world's two biggest economies could resolve their differences.

The highly anticipated meeting between U.S. President Donald Trump and his Chinese counterpart, Xi Jinping, resulted in a cease-fire in the trade war. The leaders of the world's two biggest economies agreed to restart trade negotiations, with Trump saying the U.S. will not slap new tariffs on Chinese exports.

Trump also told reporters that he will allow U.S. companies to sell equipment to Chinese tech giant Huawei Technologies, and that he and Xi agreed to leave the Huawei issue "toward the end" of negotiations. That move comes despite the two leaders trading barbs over 5G wireless technology during a session on the digital economy the previous day. 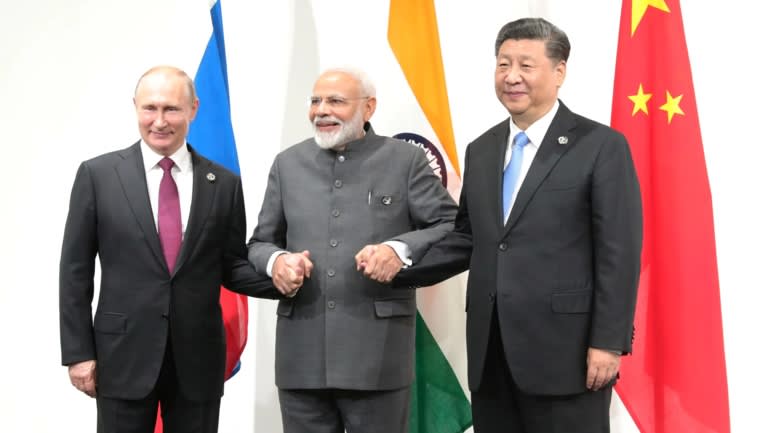 Russia's President Vladimir Putin, left, India's Prime Minister Narendra Modi, center, and China’s President Xi Jinping pose for a picture during a meeting on the sidelines of the G-20 summit in Osaka.   © Reuters

Xi and Abe said on Thursday that the Washington-Beijing trade spat has driven China closer to Japan. The heads of Asia's two biggest economies agreed to promote "free and fair trade," increase mutual visits and push the relations of the two "forever neighbors" into a new phase.

Trump, who has extended his trade war to include other countries such as India, also met Indian Prime Minister Narendra Modi while in Osaka. The U.S. is protesting New Delhi's slapping retaliatory levies on American exports after Washington's ended preferential duty-free entry of Indian exports this month.

Their meeting took place on Friday, with Abe joining them later in the day to discuss Indo-Pacific cooperation as a countermeasure to China's expanding presence in the region.

With India's international standing on the rise, the nation is playing a delicate balancing act between global powers. Modi also met with Xi and Russian leader Vladimir Putin in a separate trilateral meeting. They pledged to uphold multilateralism and denounced protectionism as they took aim at Trump's "America First" trade policy.

Other leaders, including Indonesian President Joko Widodo, used the summit to pursue bilateral deals. Fresh out of a bruising election with a mandate for a second term, Widodo held meetings with Xi and Modi, as well as with South Korean and Saudi leaders, to court new investment into Southeast Asia's largest economy.

Iran was another hot topic. Abe said many leaders expressed rising concerns over the situation in Iran, with some pledging to make efforts to reduce the tension.

"I will make my efforts to reduce tension in the Middle East. It's not easy but we [Japan] would like to play a role," Abe said. "Everybody will play roles."

Abe said the G-20 leaders also agreed that marine plastic waste is a serious concern, and that they will make "concrete" efforts to tackle the problem. Japan, the world's second-biggest producer per capita of plastic waste behind the U.S., will deploy technology as part of these concerted efforts, he said.