Trump and Xi trade barbs over 5G before summit 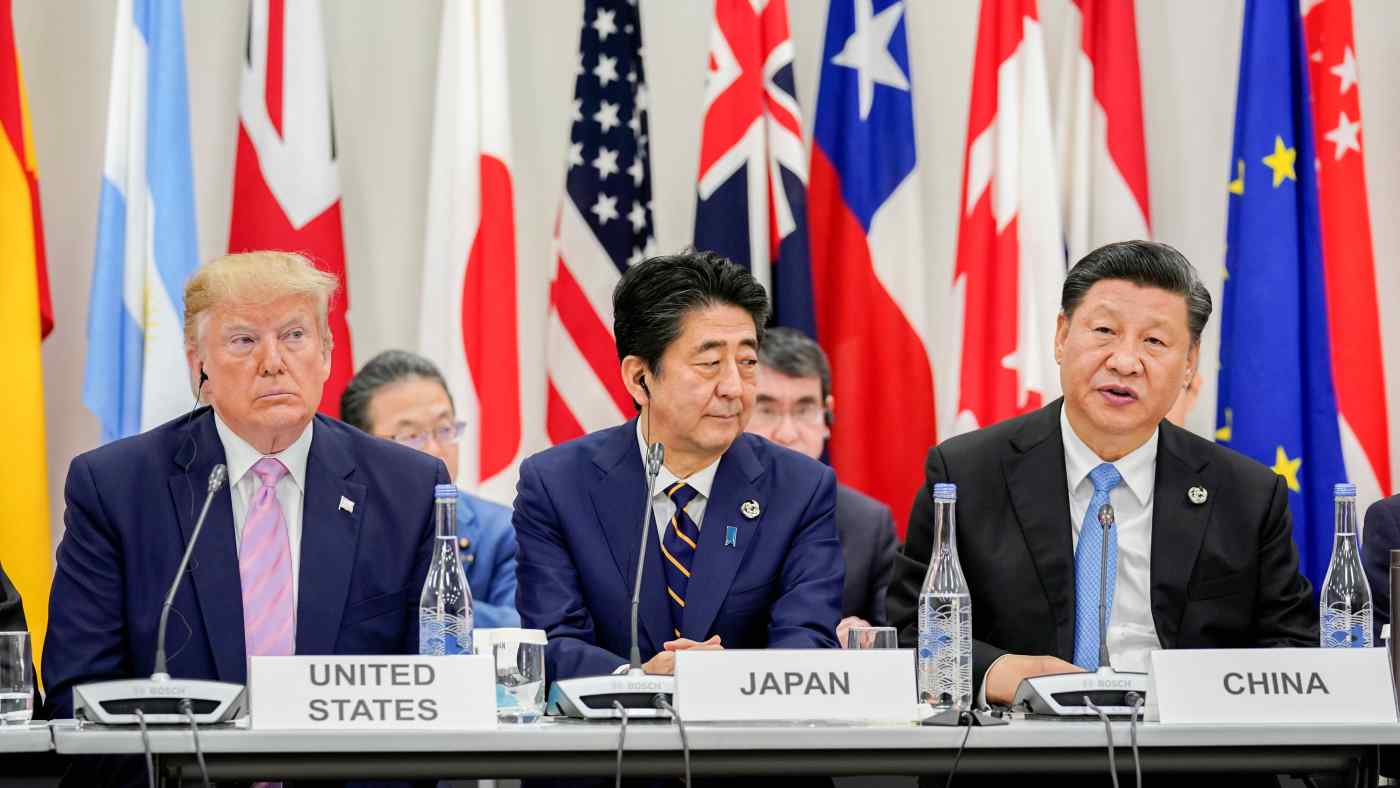 At the session devoted to the digital economy, Xi likened data to oil in terms of its importance to advanced economies and warned that governments should not interfere in markets.

"We should nurture a fair, just and non-discriminatory market environment, rather than developing behind closed doors and artificially interfering in the market," he said, in an apparent reference to the U.S. campaign to block telecommunications equipment supplier Huawei Technologies from the 5G networks of American allies.

These comments followed Xi's swipes at Washington in a meeting with African leaders that morning, in which he condemned "bullying."

Trump fired back in his remarks with another implicit reference to Huawei, reiterating Washington's concerns that the Chinese company's equipment could be used to siphon confidential information.

"As we expand digital trade, we must also ensure the resilience and security of our 5G networks," he said.

Trump also criticized Beijing's approach to data without calling it out by name, saying that the U.S. "opposes data localization and policies which have been used to restrict digital trade flows and violate privacy and intellectual property protections."

These jabs came at an event in which Japanese Prime Minister Shinzo Abe sought to take the lead on international rule-making to ensure free cross-border data flows, declaring the start of an "Osaka Track" of negotiations to this end. He called on other leaders to make "real progress" before the World Trade Organization's next ministerial conference in June 2020.

"Digitalization has the potential to resolve international challenges," he said.

Though none of the attendees objected, the comments by Trump and Xi illustrated the obstacles that any such multilateral effort will face.

Despite Abe's ambitious talk, the Japanese government kept the initial concept vague as it sought to ensure the meeting yielded results, focusing on ideas of freedom and trust that every nation involved could accept. This leaves the door open for each country to fill in the gaps based on its own positions -- which, as the exchange between Xi and Trump shows, can be very different.

The massive amounts of data generated through online activity are a valuable resource for countries, with applications including the development of artificial intelligence systems. But some nations, most notably China, are moving to lock down data within their borders. Japan's rule-making initiative is intended to curb this data protectionism.

The success of Abe's effort hinges largely on India. Though the country ranks just 24th in "gross data product" -- a measure proposed by U.S. researchers that covers factors such as data volume and internet use -- its enormous pool of over 900 million people who have never used the internet gives India the potential to become a data superpower.

Bringing New Delhi on board with Japan's data initiative could put more pressure on China to participate as well. But the initial signs are not promising: Indian Prime Minister Narendra Modi did not attend Friday's event.