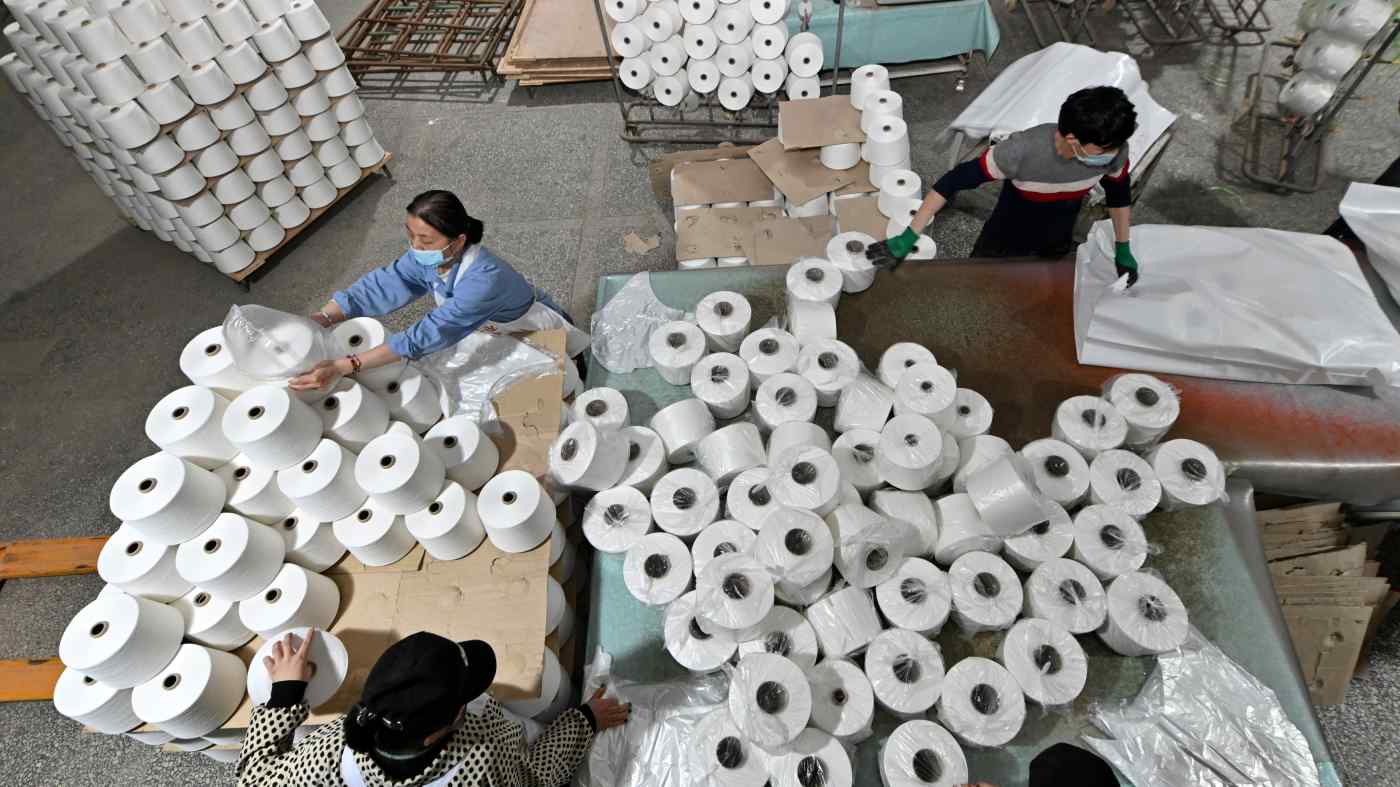 HAMBURG, Germany -- Germany's parliament on Friday passed a supply chain law that is set to disrupt the way the country's companies, as well as German subsidiaries of foreign companies, conduct business in Asia.

The act, which has been years in the planning, requires companies of a certain size to conduct due diligence to ensure that their direct suppliers of goods and services do not breach human rights, safety or environmental rules.

While it does not stipulate civil liability -- meaning managers do not risk being jailed for suppliers' misconduct -- it does allow for hefty fines of up to 2% of the company's annual revenues for any breaches. Companies that are not covered by the scope of the act must only take action if they are aware of violations, sparing them from the obligation to actively conduct due diligence.

When the law is implemented in 2023, it will initially apply to companies with workforces of more than 3,000 people, but the threshold will be lowered to businesses with over 1,000 staff in 2024. The German government estimated that the first round would affect approximately 900 companies, increasing to 4,800 in 2024.

The new law is seen as a blueprint for future EU legislation, with France and the U.K. working towards similar laws. The main targets are companies that source minerals, such as copper and cobalt, from mines with precarious safety practices in Africa and companies that source from Asian sweatshops or even forced labor camps, such as those alleged to exist in China's Xinjiang province, where Uyghurs and other Muslim minorities are reportedly being persecuted. Big German industrial groups Volkswagen and BASF produce goods in Xinjiang. Germany imported over 1 trillion euros-worth of goods in 2020, with China its largest source of imports.

"It is certainly the most important law to bring about more fairness between the rich and poor," said Gerd Mueller, Germany's minister for development aid, following the law's passing.

Germany's trade associations have been lobbying hard against the law, including by taking out whole-page advertorials in newspapers.

Joachim Lang, director general of the Federation of German Industries (BDI), told Nikkei Asia that anybody sourcing goods from Xinjiang should be checking their supply chain for forced labor and in "extreme cases" to consider pulling out of certain deals.

"However, it should mainly be up to the state, not the private sector, to address political problems and the human rights situation," Lang said. "With the supply chain law, the German government passes the buck to the private sector and burdens it with the task of improving human rights conditions abroad, which is a task that the United Nations, the EU and the German government have for years failed to accomplish themselves."

Lawyers familiar with the matter also predict that the law will significantly complicate operations for companies. Jose Campos Nave, a managing partner at German law firm Roedl & Partner, highlighted that the law contains a clause that allows anyone who feels that a German company has neglected its due diligence obligations to sue them in German courts. If that leads to a fine for the accused company, it can be used to compensate the petitioner.

"There is little doubt that it will lead to non-government organizations suing big German companies, similar to a wave of court cases brought by environmental NGOs against German automakers during the [VW] diesel emissions scandal a few years ago," Campos Nave told Nikkei Asia.

"When I first heard that the law will not contain civil law liability [clauses], I thought it was a toothless tiger, but since that clause was added, I see it more as a middle-aged tiger that still has its teeth," he added.

"In particular, smaller companies that are big enough to be covered by the law will create strong demand for consultation services to help implement the necessary processes," Weichbrodt said.

"Asian suppliers, for their part, must be prepared to be placed under enhanced scrutiny by their clients and will be pressured to comply with human rights standards," he added.

Steve Tsang, director of the University of London's SOAS China Institute, predicted that the legislation will not go down well in Beijing, as it will be seen as creating a legal basis for potentially interfering into the country's domestic affairs.

"But Germany is an important economic partner and the source of vital technology and industrial goods, so I doubt that Beijing will retaliate immediately," Tsang said.

"More likely, it will wait and see how the new law can be implemented and, in the meantime, threaten those companies that might act on supply chains involving Xinjiang with withdrawing access to the Chinese market should they act on the law," he added.