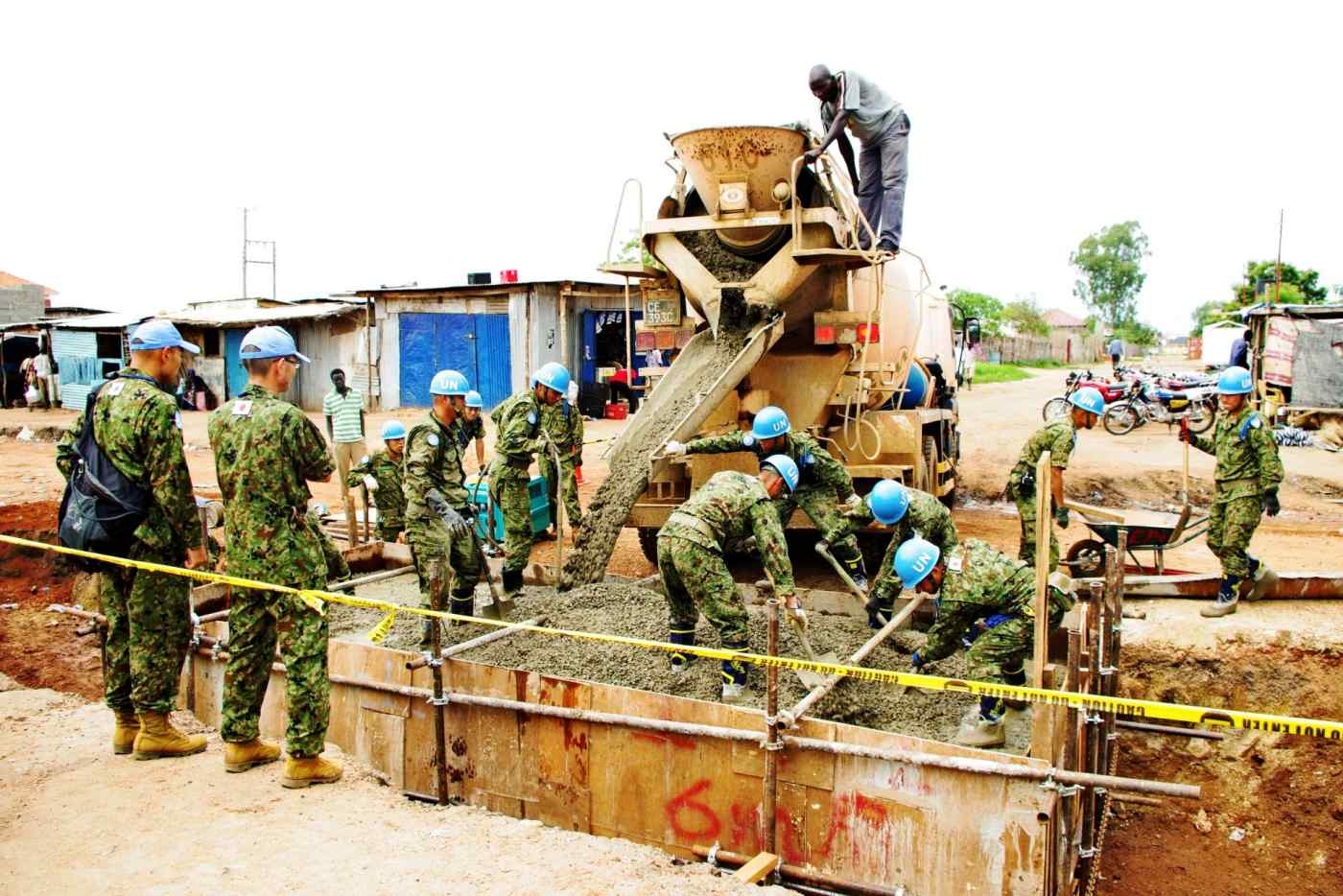 TOKYO -- For any leader, decision-making becomes particularly wrenching when the lives of citizens hang in the balance. In this light, Prime Minister Shinzo Abe's decision to pull Ground Self-Defense Force troops from United Nations peacekeeping efforts in South Sudan come May is of immense political significance.

But the truth of the matter is that no peacekeeping operation can ever be made perfectly safe for those involved. If Japan is to continue sending troops in support of these international efforts, the government must reconcile itself to this fact, and prepare appropriately.

Japan first joined U.N. peacekeeping forces in 1992, largely as a response to harsh criticism incurred a year earlier, when the country declined to join coalition forces at war with Iraq over its invasion of neighboring Kuwait. Though Japan provided monetary support, critics accused the country of being unwilling to put forth real effort to protect peace in the Middle East despite relying heavily on that region's oil.

Yet Article Nine of Japan's constitution bars the country from using military force, meaning SDF troops cannot be assigned duties that would lead to combat. The government has thus set strict conditions for participation in peacekeeping efforts to keep troops out of harm's way, for example by requiring a cease-fire agreement in an area of conflict.

This arrangement has become unworkable. Disputes often occur between armed groups, rather than states. This is the case in South Sudan, which has been wracked by civil war since 2013. Another civil war, in Syria, led Japan to withdraw from peacekeeping operations in the Golan Heights the same year.

In such conflicts, it is difficult to judge whether a true cease-fire exists, or even to clearly demarcate war zones. Peacekeeping operations will certainly entail greater risk as time goes on.

Yet for Japan, with few resources of its own, withdrawing from the world is not an option. The recent experience in South Sudan must be a wake-up call, prompting the government to review and improve the legal framework for peacekeeping participation and the structure of the SDF itself with the risk of combat in mind.