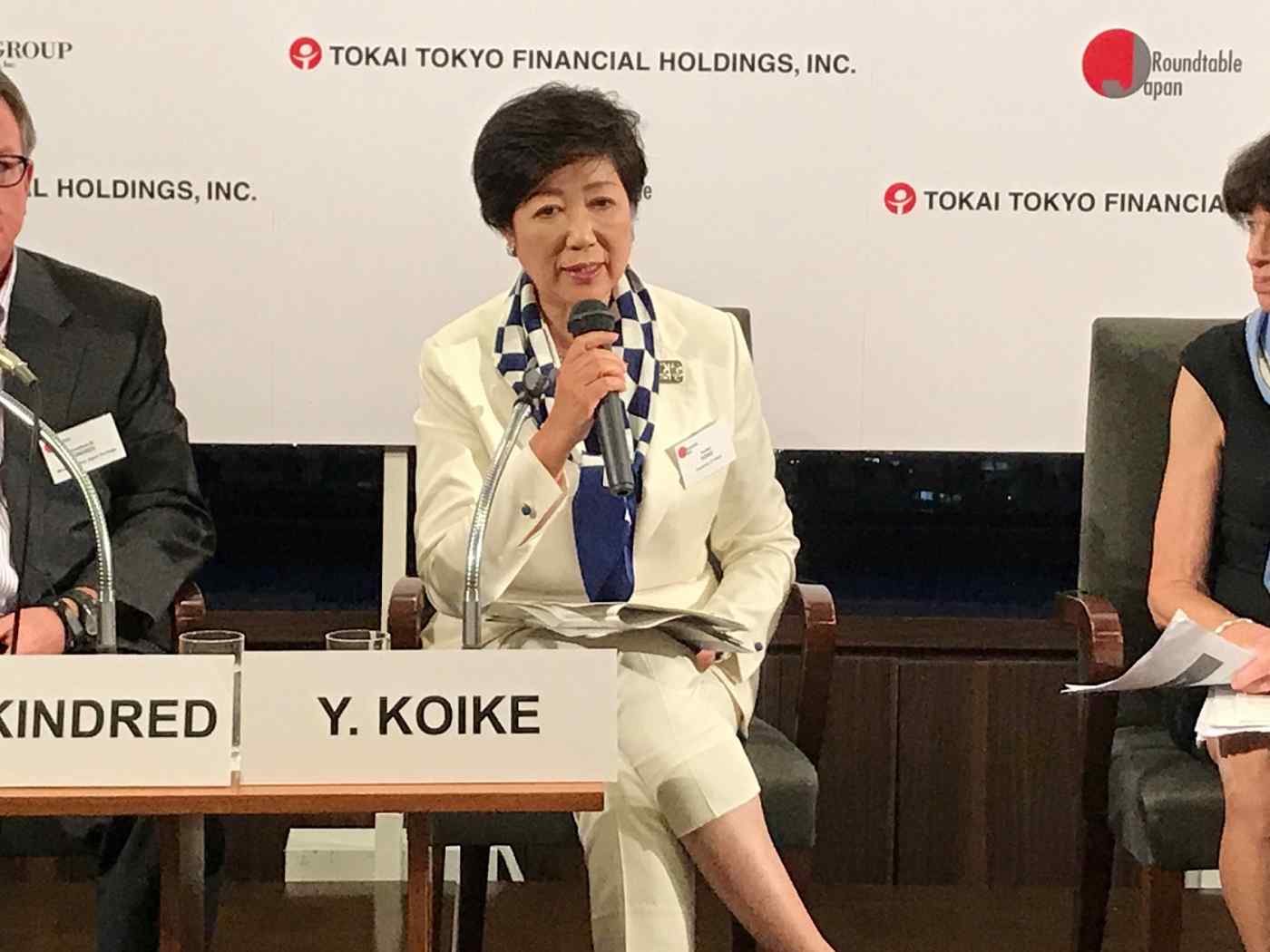 TOKYO -- Fresh from an overwhelming victory in the Tokyo assembly election, where she thrashed Prime Minister Shinzo Abe's Liberal Democratic Party, Tokyo Gov. Yuriko Koike was in peak form. Speaking to a gathering of intellectuals on Thursday, she assured them that her party's name -- Tomin First no Kai, or "the party that puts Tokyo citizens first" -- had nothing to do with President Donald Trump despite sounding a lot like the bombastic U.S. leader's campaign promise.