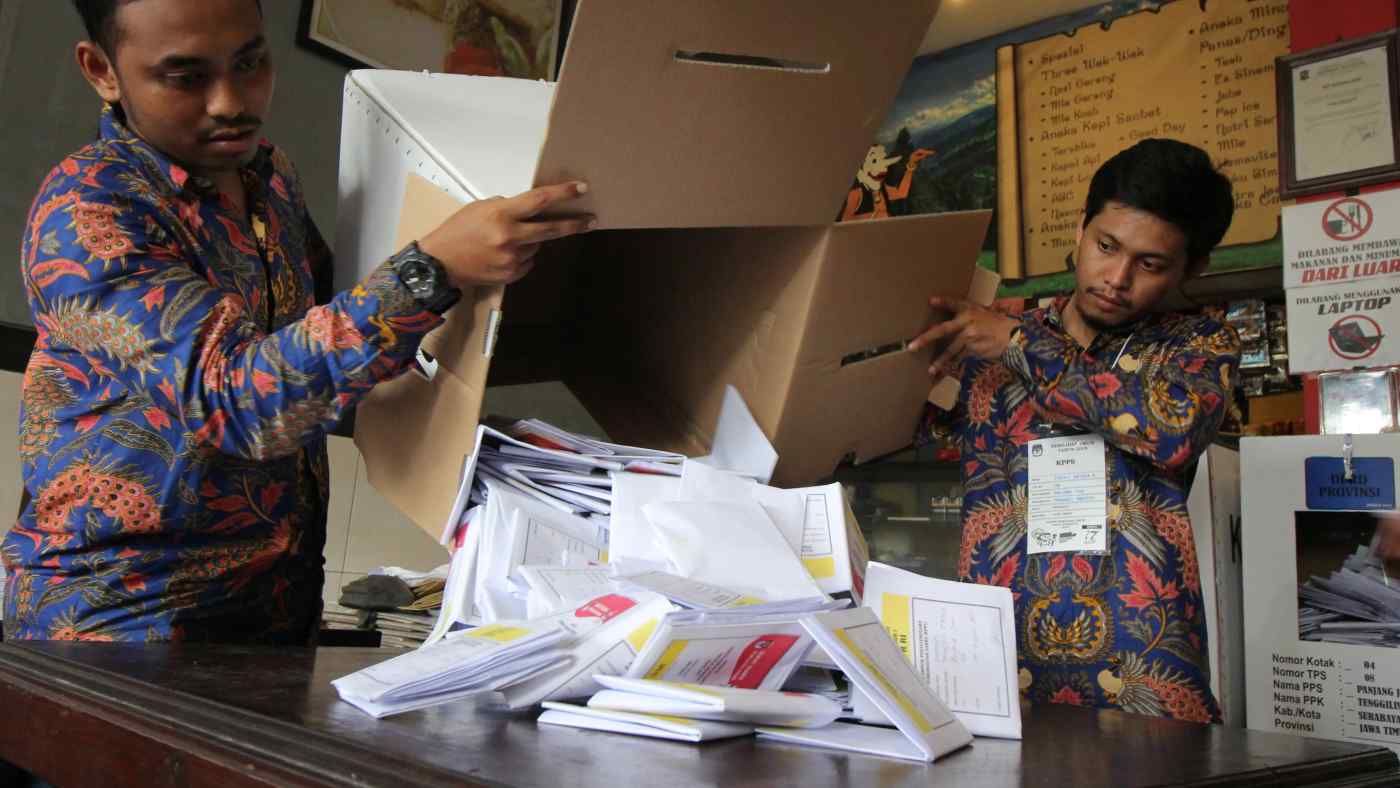 Another 1,671 poll workers have taken ill. Although election-day violence is not uncommon in the developing world, Indonesia presents a unique case in which a harsh climate and a high turnout created a deadly mix in an otherwise peaceful vote.

Indonesia is Southeast Asia's most populous nation, home to over 260 million people, with 190 million holding the right to vote. Over 150 million voters cast ballots across 800,000 polling stations throughout the nation, according to early reports, equating to an 80% turnout.

The presidential election overlapped with the legislative general election as well as other races, resulting in voting districts handling four or five ballots at the same time. This means that over 600 million ballots were cast, with every one of them counted by hand.

Some legislative districts were contested by more than 100 candidates, requiring ballots as large as posters. In some instances, it took 30 continuous hours of work to check the ballots, leading to exhausting overtime work. There were also reports of traffic accidents by vehicles transporting the ballots.

Indonesia's polling stations are mostly staffed by temporary workers from local populations. Each employee can earn stipends of up to around $35 a month, and positions are often filled with elderly retirees or the unemployed. A polling station worker inspects a presidential ballot in Jakarta on April 17. (Photo by Kosaku Mimura)

Unlike civil servants, temporary staff do not undergo a physical examination. Poll workers have to toil until early dawn, and the work regularly occurs outdoors in heat topping 30 degrees Celsius. Such stressful conditions exacted a heavy physical toll on many workers.

Critics fault the government for deciding to hold the presidential and general elections on the same date. That approach was taken to cut costs, but no concrete measures were taken to address the ballooning workload.

Bambang Soesatyo, speaker of the House of Representatives, said Friday that the country should move to electronic voting to reduce both the costs and the work volume. He called for a revision in the national election laws, bringing Indonesia in line with Brazil, which employs e-voting for its 150 million voters.

With 36% of the votes counted thus far, incumbent President Joko "Jokowi" Widodo remains in the lead at 56% over his opponent, the former general Prabowo Subianto. The election commission plans to release the final tally for both the presidential and general election on May 22, saying that the death of poll workers will not impact the schedule.