High-flying Thai businessman sets his political sights on the sky

Anutin Charnvirakul is widely tipped to become the next prime minister BANGKOK At diplomatic receptions in Bangkok, Anutin Charnvirakul, leader of the Bhumjaithai political party, is burnishing his credentials as a future star in Thailand's political firmament. Dressed in dark, well-cut business suits, he holds court to eager listeners, peppering them with insights about surviving under a military regime that has banished political party activities since a 2014 coup.

He is also much sought after at private dinners hosted by foreign envoys, a useful measure of his rising political stock. "Anutin is within the top three figures for diplomats to meet," said a Western diplomat. "He can be rather cautious in a public setting, but the political strategist in him comes out when speaking privately."

Anutin's fortunes in post-junta Thailand have taken off since the country's 20th constitution, approved in a referendum last year, was endorsed by the king in April. A proportional representation voting system raises the prospect that midsize parties such as Bhumjaithai (Thai Pride Party) will expand their footprint when the military allows elections.

That will make Anutin relevant when horse-trading for forming the next government begins, analysts say. According to some forecasts, Anutin's party could win 50 seats in the planned 500-member legislature, up from 34 at the last poll in 2011. That would mark a significant advance for the party, which has its roots in Thailand's rural northeast. 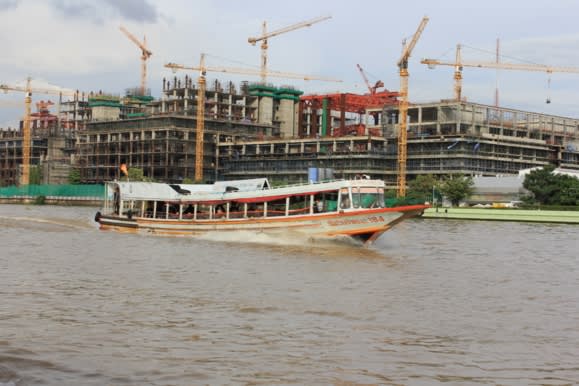 In some political circles, Anutin's name is mentioned as a potential prime ministerial candidate if there is a need for an elected, civilian parliamentarian acceptable to all sides. He has maintained healthy ties with the junta and the two main political parties, Pheu Thai and the Democrat Party, and has a close relationship with the king, according to diplomats.

"We need to change the way we think, and if we don't tell the junta anything, they will take our silence for granted and do anything," the trim, 51-year-old recently told political science students from the Bangkok-based Kasetsart University. "The time is right to use our rights and ask for the people to direct the country in the way they want."

Anutin has been airing similar views at public seminars. Analysts regard such outings as indicators that his political ambitions have grown since he entered parliament over a decade ago. He is also polishing his business credentials as president of Sino-Thai Engineering and Construction, Thailand's third-largest construction company, which is building a new parliamentary complex on the banks of the Chao Phraya River in Bangkok.

"I come from the business sector and I have an edge. I am known for being decisive and getting things done," he told the Nikkei Asian Review in his ornately decorated office on the 25th floor of the Sino-Thai Tower. "The business sector knows me as a troubleshooter in helping to rehabilitate our company, which was [once] a fallen enterprise."

WELL-CONNECTED Not everyone agrees. Some say the construction sector is rigged, with the top three companies operating as a cartel and winning contracts on the back of political patronage. However, foreign financial analysts say that Sino-Thai under Anutin has a positive business record. "It has better corporate governance and a stronger balance sheet than its peers," said an analyst at an international financial services company in Bangkok. Thai political parties are keen to woo college-age voters in the next general election. (Photo by Marwaan Macan-Markar)

Anutin's role as a businessman-politician taps into a Thai tradition dating back to the early 1970s, when more than a decade of military dictatorships gave way to democracy. Weak parliaments were filled by representatives from political families with business monopolies in the provinces. Many were dubbed jao pho (godfathers) for building political-business factions to back shaky coalition governments.

Prajak Kongkirati, a political scientist at Bangkok's Thammasat University, said Anutin is an extension of this tradition, not least because his family company is a "type of business where political connections are significantly important in a Thai context."

The best example of the business-politics nexus is former Prime Minister Thaksin Shinawatra, a telecommunications tycoon who built a political machine that won all Thai general elections from 2001 to 2011. Thaksin was ousted in a 2006 coup, and now lives in exile, but analysts say the junta remains fearful of his political legacy and sees parties such as Bhumjaithai as potentially instrumental in blocking any resurgence of his political ideas.

To deliver, Anutin has already begun drawing a political map to tap voters from beyond the northeast. "The party needs to have a national base for the next vote," he said, hinting that urban centers are fertile ground for support.

Anutin has also attracted widespread attention for the way he uses his skills as a pilot to combine his Bangkok-based business life and his largely rural political activities, using a turboprop TBM plane to crisscross the country. "I fly to the provinces twice weekly," he said, breaking into a smile. "It is very useful to cover many provinces in one day."