TOKYO -- Ahmad Zia Massoud, who holds the position of special representative of the president of Afghanistan, talked about his country's political situation and economic development during an interview with The Nikkei earlier this month. Massoud, who was in Japan as part of a political and cultural exchange, also expressed hopes for resuming peace negotiations with the anti-government Taliban by the end of December. 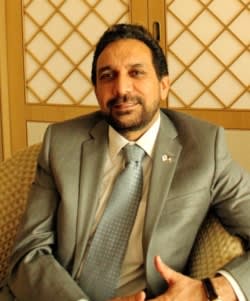 Ahmad Zia Massoud, special representative of the president of Afghanistan

In addition, he spoke of the different kinds of support Afghanistan is getting from the U.S. and China.