Many commentators on Myanmar's forthcoming elections have noted that the Nov. 8 poll is likely to be the most free and fair, as well as consequential, as any in the country since the 1950s.

It is easy to dismiss the votes in 1990 and 2010 as being irrelevant or irreparably flawed. The nearest parallel to the upcoming election is perhaps that of 1960. That election saw former Prime Minister U Nu and his so-called "clean" faction of the leading party, the Anti-Fascist People's Freedom League, returned to power after resoundingly defeating the "stable" AFPFL faction of his one-time colleagues, U Ba Swe and U Kyaw Nyein -- despite the fact that many pro-"stable" army officers conspired to try to put their favorites into power. As a result, the military commander-in-chief, Gen. Ne Win, sacked them, thus facilitating his near complete dominance of the military.

What are the parallels with the current situation in Myanmar? For one, the government that conducted the election, using the institution of the 1947 constitution, including the legislature, was dominated by the military, despite a nominal majority of ministers who could be described as civilian technocrats. Secondly, the questions uppermost in voters' minds back then have their parallels with the issues being raised today. These included religion, ethnicity, immigration and the bugbear of Myanmar's constitutional history: federalism. This electric cocktail has provided the leitmotif of current election campaigning.

In the 1960 election, Nu's landslide victory was facilitated by many factors, but primarily by his crafting of a campaign that seemed to promise something for everyone and that was distinctly anti-military. However, the result was to create new or to expand existing fissures in the body politic which provided Ne Win with his justification for a military coup two years later. Unlike the nominal coup conducted by the army in 1958, after his 1962 takeover, Ne Win abandoned the constitutional niceties and ruled unchallenged through a military revolutionary council.

Nu, aware of the power of Buddhism as the religion of the majority of the population -- and the historical sense of grievance if not fear among devotees of other faiths, particularly of Islam -- promised to make Buddhism the state religion. Soon after the election, the constitution was amended accordingly, along with the restoration of the ban on the slaughter of cattle and the re-institution of state-sponsored worship of nats (animist spirits). Though this pleased ardent Buddhists, it created ill-will among religious, and mostly ethnic, minorities, prompting a further constitutional amendment guaranteeing them freedom of religion, which in turn angered Buddhist fundamentalists.

Nu also promised to create additional subordinate, ethnically-designated, states to be constitutional equivalents of the existing Shan, Kayah, Karen and Kachin states, primarily to appease disgruntled Rakhine and Mon politicians. While this served to raise support for his campaign and contributed to his electoral victory, it sowed the seeds of discord, which came to fruition soon after the 2012 by-elections which brought Aung San Suu Kyi and her National League for Democracy into Myanmar's new legislative bodies.

The background to Nu's moves to address ethnic dissatisfaction is rather similar to developments running parallel to the current election campaign, including protracted negotiations between the government and leaders of armed, ethnically-designated groups for a "nationwide ceasefire" agreement. In the period of army rule prior to the 1960 election, great efforts had been made, with some degree of success, to quell the country's myriad insurgencies. Then, Myanmar seemed finally to be on the cusp of peace. For example, the mujahedeen insurgency in the north of what is now Rakhine state was on its last legs and finally surrendered arms a year after Nu's victory.

However, a new movement was generated out of the defeat of the mujahedeen. As is often the case in politics, when one movement apparently fails, another rises from the ashes to maintain the struggle. Thus, in 1960, in the face of Nu's promise of statehood for the predominantly Buddhist residents of Rakhine, an argument emerged around the new term "Rohingya." Advocates led by Muslim intellectuals demanded that the three most northern districts near the border with what was then East Pakistan (now Bangladesh) be designated as a Muslim majority autonomous zone.

While this argument gained little traction at the time, over the next 50 years it remained dormant, to be awakened with the call for citizenship of the minority Muslim Rohingya as an indigenous ethnic group. This is a key factor that fuels the passions of ardent Buddhists who have demanded and received special legislation from the incumbent government of President Thein Sein. Indeed, the resulting "race and religion protection" laws were specifically designed to make life more difficult for non-Buddhists.

The pro-Buddhism slant of Nu and his political campaign became one of the justifications for the insurgency which developed soon after the election in northern Kachin State. The ongoing fighting today between the government army and the Kachin Independence Army has its origins among students at what was then Rangoon University, who contended that while a form of statehood for the Kachin existed, it was a sham which denied them what they felt to be their cultural, economic and political rights. Thus, Nu's promises helped generate another fissure, one which is also yet to be resolved.

Two years after the 1960 election, as the insurgency spread in Kachin, Karen and Shan states and elsewhere, Nu encouraged the reopening of the entire question of the constitutional relationship between the central government and the ethnically-designated states, with two conferences held in February and March 1962. In the midst of the Cold War in Southeast Asia, the move to address ethnic aspirations for autonomy raised the prospect of the country breaking up -- anathema to the military, then led by Ne Win. On Mar. 2, 1962, the results of the 1960 election were overturned, along with the entire parliamentary constitutional order as Ne Win led his military coup.

Gen. Ne Win's brand of socialist authoritarianism was shaped by his interpretation of lessons from Myanmar's history. One was that the state and partisan politics should have nothing to do with religion. Separation of the two became a cornerstone of the Ne Win era. Another was the creation of a one-party political system. Ne Win argued that multi-party politics were inherently corrupt and had a corrupting influence because of the essential role of money in funding elections. Multi-party politics were also, in his view, essentially destabilizing, because they led politicians to promise either what they could not deliver or policies which created new problems while old ones persisted.

So, should we expect a coup within two years of the 2015 elections? Almost certainly not, for at least two reasons. First, the military, foreseeing an outcome at the polls which will not undermine the fundamental unity of the state, knows that public expectations are high -- and that its ability to control the situation is far more fraught with unknown perils than in the past.

A more important reason is that the military does not need to conduct a coup and scrap the political order as did Ne Win in 1962. Clause 40c of the basic principles of the constitution gives the commander-in-chief the power to declare a state of emergency and take over until such time as he sees fit, perhaps after the formation of a new set of legislative assemblies. No period of non-constitutional government and no new constitution would be required.

As the issues which drive Myanmar's election today have their parallels in the past, the politicians today must be aware that the army is watching them in the certainty that if things do not go to its satisfaction, it has the authority and the constitutional duty to seize power once more. Loose talk in the run-up to the Nov. 8 election will not be forgotten, and unfulfillable promises may come back to bite those who utter them, bringing back to life the old World War II slogan, "Careless talk costs lives." 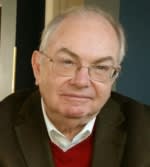 Robert Taylor is a visiting professorial research fellow at the Institute of Southeast Asian Studies in Singapore and author of the recently published "General Ne Win: A Political Biography."