DALIAN, China -- China's broad ban on genetically modified food crops has not stopped their widespread cultivation in the country as authorities turn a blind eye -- a pattern of non-enforcement that has many uncertain and concerned about the safety of the food on their tables.

Genetic modification is a common, if controversial, practice in agriculture. Inserting genes from other species can make crops more pest- and weather-resistant, boosting and stabilizing yields. China began applying this technology to crops such as tomatoes and rice in the 1980s, putting genetically modified organisms -- GMOs -- into cultivation across the country. These are still widely used in countries such as the U.S. But debates in Europe and elsewhere over the uncertain health effects of GMOs soon after development began spurred a backlash in China.

Beijing ultimately banned the use of genetically modified crops in food, though exceptions were carved out for non-edibles such as cotton. But according to Cui Yongyuan, a former newscaster for state-run China Central Television turned anti-GMO campaigner, the government is neither aggressively enforcing this ban nor allowing access to information on GMOs in food. 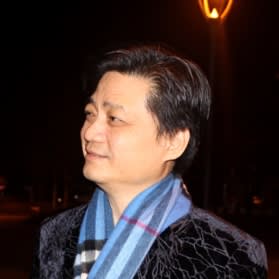 Cui's investigation revealed genetically modified food being cultivated in at least 17 places across China, including in the provinces of Heilongjiang and Hubei and the autonomous region of Guangxi. These crops run the gamut from staple grains such as corn, wheat and rice to spinach and other vegetables. By law, products containing GMOs must be labeled as such. But in practice, China's people "cannot tell what contains GMOs, and are consuming them unwittingly," Cui said.

"We at least have the right to choose whether or not we're going to eat them," he said.

A visit to Shenyang, the capital of Liaoning Province in the northeast, readily confirms Cui's findings. Local farmers report that nearly all of their number began four or five years ago using genetically modified seeds in the cultivation of corn for livestock feed.

"It's more disease-resistant than ordinary crops, and yields more," one farmer said of the GMO strain. "Even if the government were to tell us to stop, it would be tough to change our ways -- our livelihoods are at stake."

Not that Beijing has mounted a particularly tough crackdown on the practice. In fact, rice shops right next to government office buildings peddle genetically modified varieties without batting an eye, locals report.

Other countries are on higher alert. Chinese rice exports containing banned GMO strains have been stopped at their port of entry on around 200 occasions since 2006. Some of those crops were destroyed on-site, while the rest were sent back to China for disposal, Cui reports, citing the Ministry of Agriculture.

Not up for discussion

But the investigator remains skeptical: "It's 100% certain" that crops returned to China "are sold off, and that we're eating them," Cui said.

He is in a position to talk. Soon after Cui joined CCTV in 1985, the newscaster's handsome features and reputation for allowing free and open debate on programs like the plainspoken "Tell It Like It Is" made him a star. Since he left the network in 2014, his probes into sensitive issues, including GMOs and historic tensions between China and Japan, and outspoken commentary on these matters have both stirred controversy and attracted wide public support.

The government has begun to take note. Cui's posts on the internet are often deleted, burying some of the only sources of information on GMO food crops available in China and effectively stifling debate on the issue.

Opinion is still split on the safety of GMOs in food. But China has, at least on paper, banned such crops, and now needs to police that ban. Food in this country is a good deal safer than it once was. But more remains to be done to give people peace of mind about the food they consume.