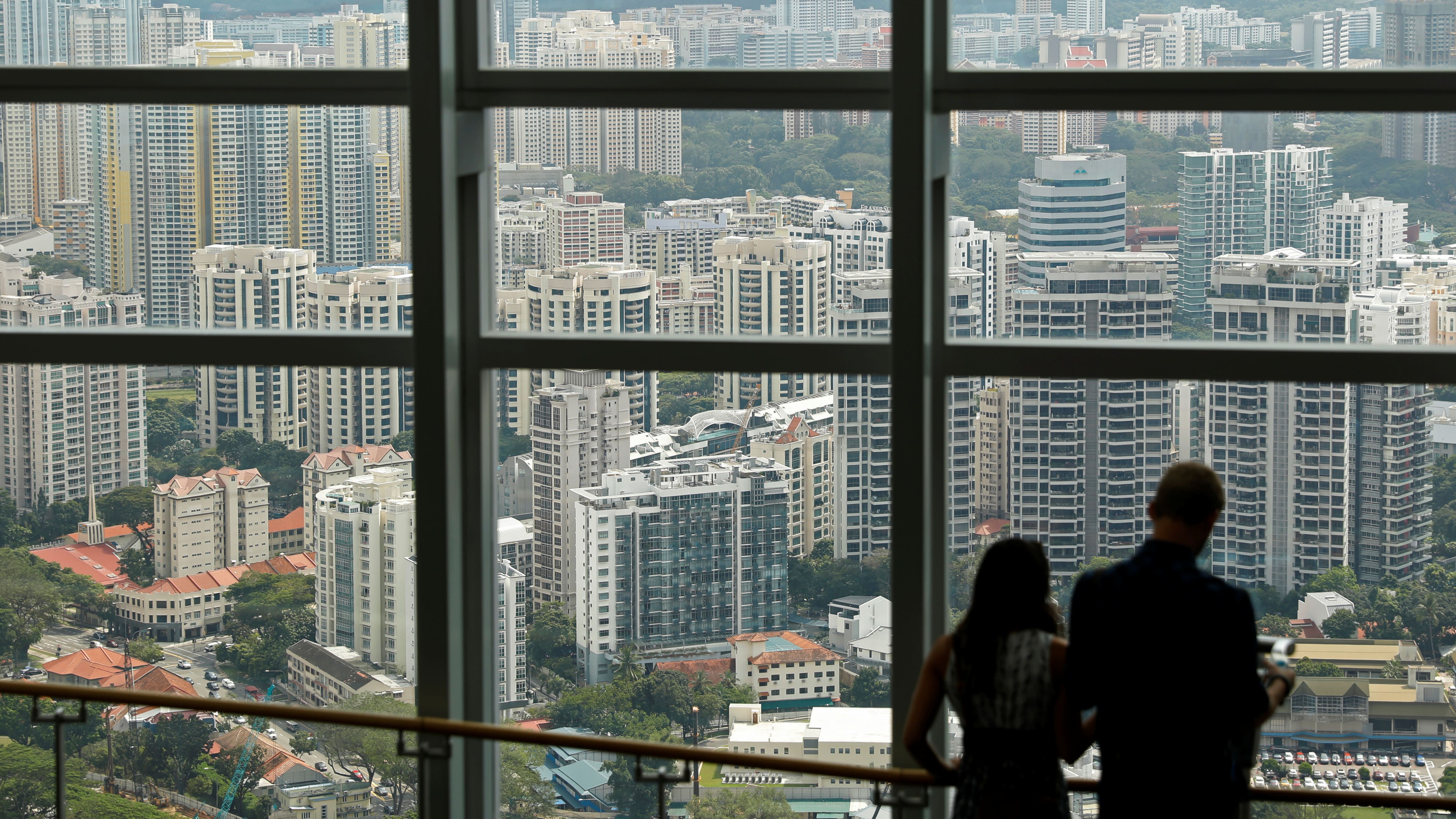 SINGAPORE/HONG KONG -- The two Asian real estate hot spots Singapore and Hong Kong are rolling out higher taxes in a bid to control runaway housing prices, though the timing of those moves could induce a jarring correction.

Foreigners and corporate entities were slapped with 20% and 25% taxes, respectively, up from 15%.

In addition, the government tightened limits on home loans. Mortgages of less than 30 years are now allowed to cover up to 75% of the value of the first home, down from 80%.

Hong Kong took a similar approach to cool down an overheated market. The government proposed a series of measures in late June, including a vacancy tax to ward off hoarding by housing developers. The number of new flats left unoccupied has jumped to roughly 9,000 and the tax, set at 200% of the unit's rentable value, is expected to put more dwellings on the market and slow the rise of property values.

Housing prices have been climbing throughout Asia, but Singapore and Hong Kong are seeing surges that have outpaced their economic growth rates. Singapore reports prices of private residential properties shot up 9.1% over a year.

In Hong Kong, housing prices have swelled for 26 months in a row. This month, one house fetched 730 million Hong Kong dollars ($93 million), making it one of the most expensive home purchases in Asia.

The steep climb in property values will result in loans that can't be paid off by typical households, which could disturb the real estate market, said Ravi Menon, the managing director at the Monetary Authority of Singapore.

Citizens angry at being priced out of their own housing markets also factor into these restrictions. When formally announcing the vacancy tax, Hong Kong Chief Executive Carrie Lam said that the housing problem is her top priority, and that she aims to improve conditions as soon as possible. New Zealand is in the middle of crafting legislation that will ban foreigners from buying existing homes. 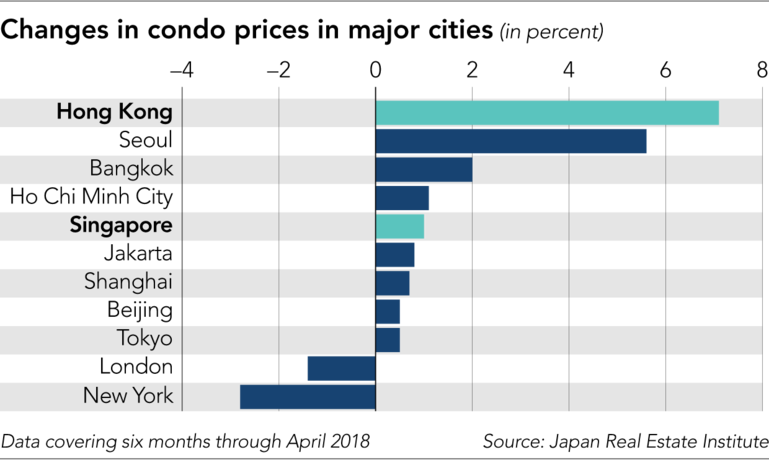 On the other hand, the higher taxes could have the impact of cooling the appetite to purchase properties in Asia's real estate hubs. Some critics doubt the moves will successfully rein in housing prices anyway.

One big reason why home values are rising conspicuously is that the regions affluent are actively engaging in cross-border investing. Last year, there were 6.2 million wealthy individuals in the Asian owning at least $1 million in investable assets, according to French consulting firm Capgemini, up around 700,000 from the previous year.

Many of the wealthy are drawn to Singapore and Hong Kong because of their high transparency in pricing and fewer investment hurdles. Hong Kong office prices climbed 9% in the six months through April, while condominiums jumped 7.1% in the same span, data from the Japan Real Estate Institute shows. Those figures are the fastest pace among major Asian cities, the organization found. Asia's best cities to live in

In the meantime, attention will be focused on the ripple effects of actions by global central banks on Asian property markets. Hong Kong's monetary policy tracks the moves by the U.S. Federal Reserve. If the Fed continues to raise fund rates, it will cost more to borrow money in Hong Kong.

Several Asian central banks are lifting rates in step with the U.S. to prop up the value of their home currencies. A sustained trend will tighten the spigot on the funds flowing into Asian real estate.