Police official does not rule out the possibility of additional arrests 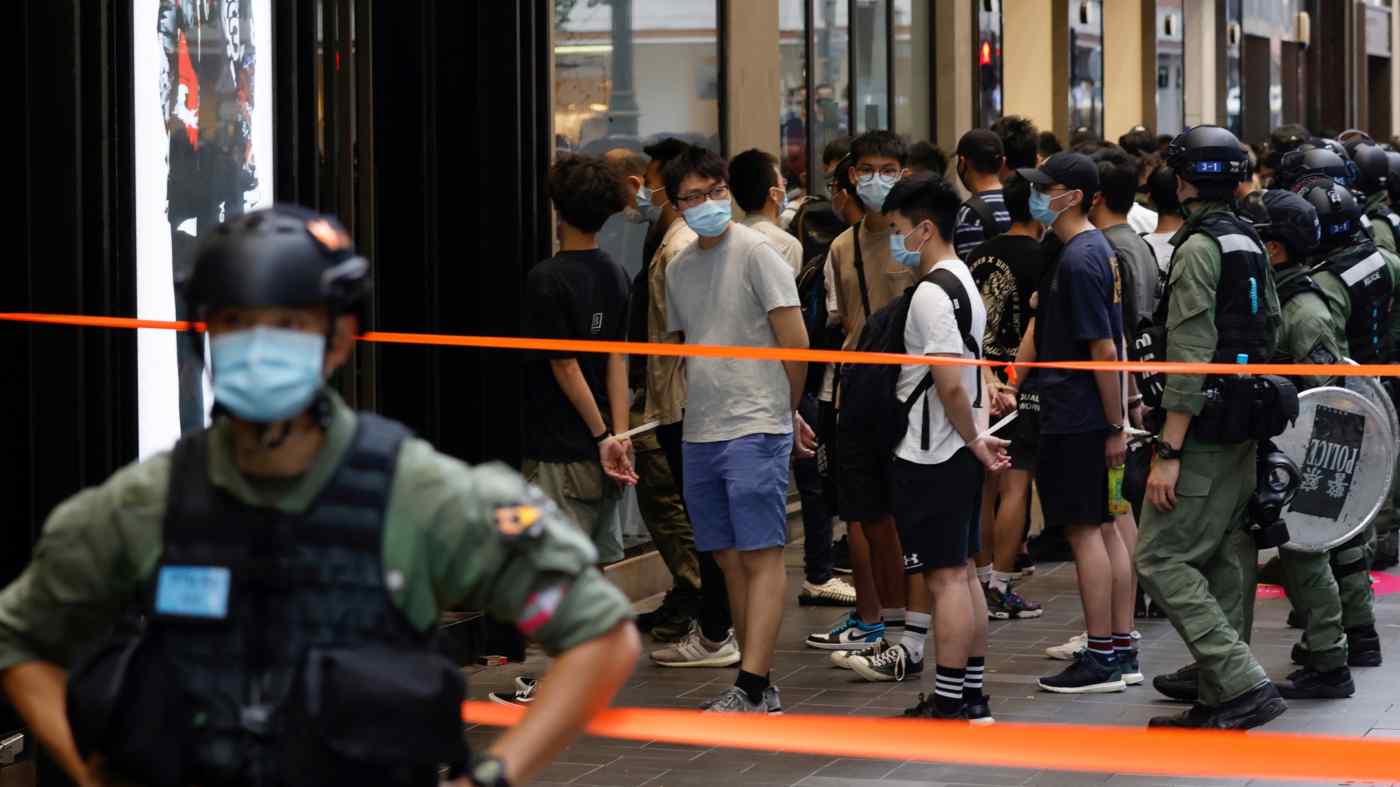 Riot police officers detain people during a protest urging the release of 12 Hong Kong activists detained on the Chinese mainland who were arrested at sea attempting to flee to Taiwan, on Oct. 1.    © Reuters
October 10, 2020 14:35 JST | Hong Kong
CopyCopied

HONG KONG (Reuters) -- Hong Kong police said on Saturday they had arrested nine people suspected of helping 12 Hong Kong activists who fled the city in August, heading for Taiwan, only to be intercepted by Chinese authorities and held on the mainland.

The detainees' plight has grabbed international attention, with human rights groups raising concern as their families said they were denied access to independent lawyers, and aired suspicion that Hong Kong authorities helped in China's arrests.

Accused of crimes tied to anti-government protests in Hong Kong last year, the group is being detained in China's southern city of Shenzhen after authorities intercepted their boat and accused them of illegal border crossing.

"One direction of the investigation is whether they helped others to flee," said Ho, a superintendent with the force's organised crime and triad bureau, adding that he did not rule out the possibility of more arrests.

He dismissed the relatives' accusations that police in the Asian financial hub played a role in the arrests in China.

"The arrests on the mainland had nothing to do with the Hong Kong police," Ho added.

People began fleeing Hong Kong for self-ruled Taiwan from the early months of the protests, most of them legally, by air, but some by fishing boat, activists in Taipei who helped Hong Kong citizens get visas have told Reuters.

Hong Kong authorities have said those detained are to be represented by mainland lawyers of their choice, albeit from a list provided by Chinese authorities.

Their families have been offered "needed and feasible" assistance, which will continue, the authorities have said.