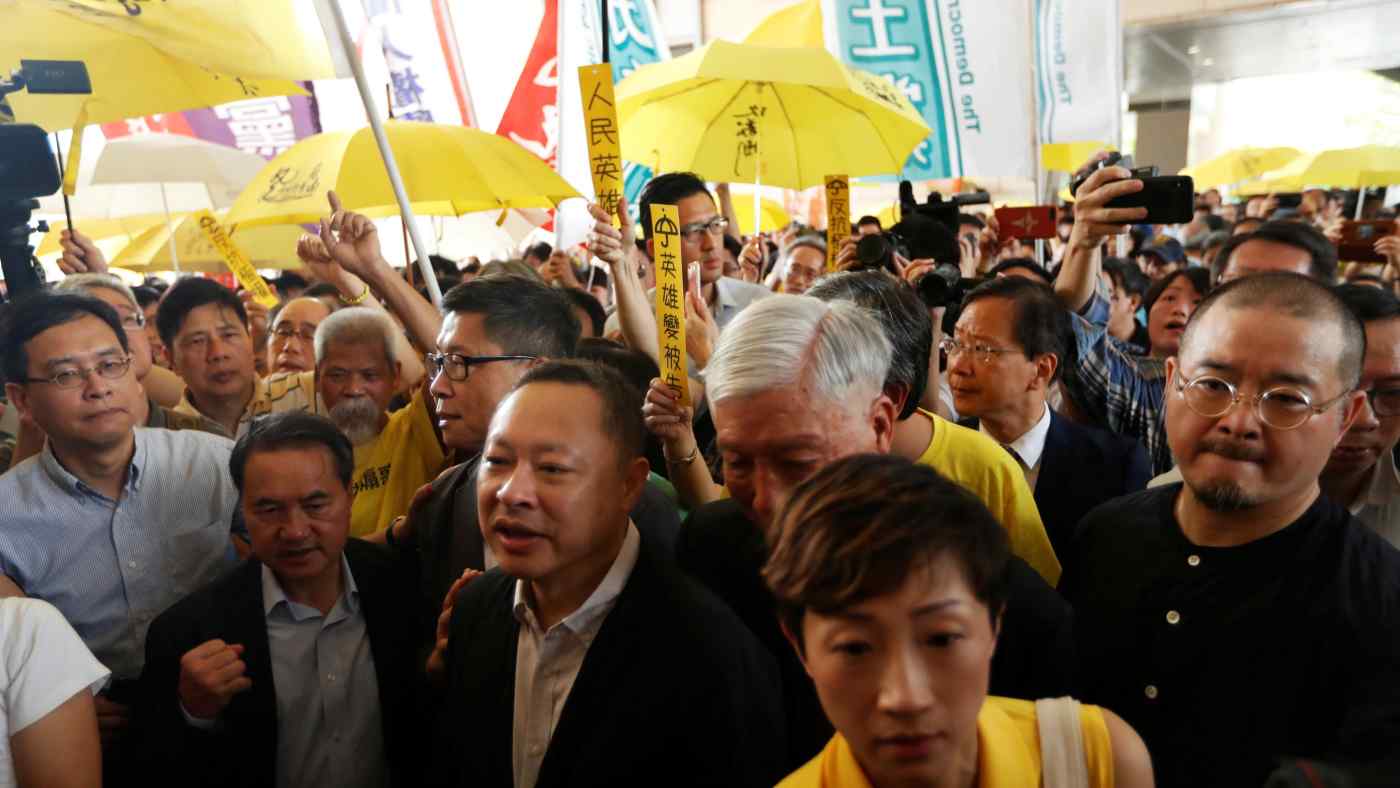 HONG KONG -- Hong Kong, once considered a beacon of hope for Chinese democracy, saw its civil liberties further diminished on Wednesday, as leaders of the 2014 pro-democracy movement were sentenced for up to 16 months in jail for their involvement in the demonstrations.

The activists had planned and led the Occupy Central protests to push demands for the democratic election of Hong Kong's leader.