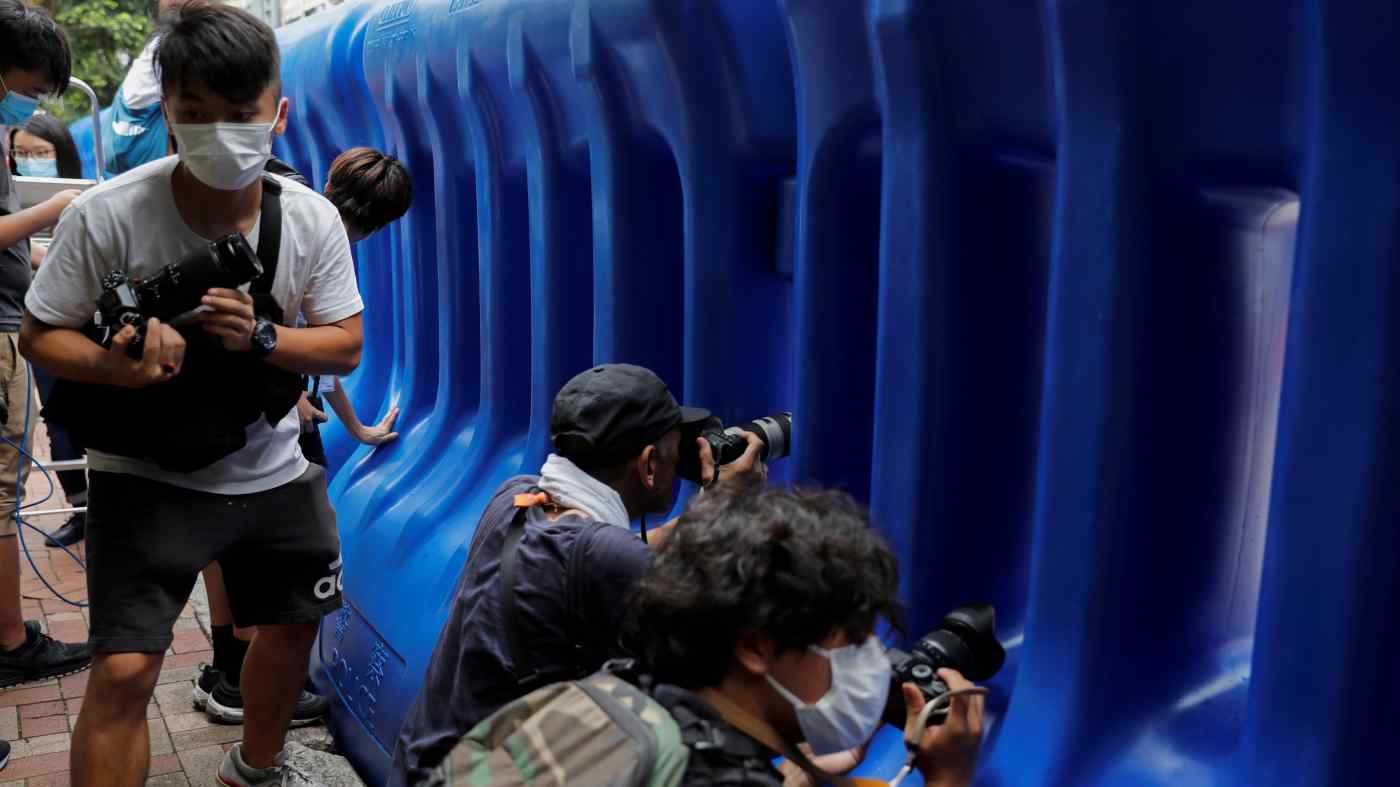 Under the new guidelines, which took effect Wednesday, the Hong Kong Police Force no longer recognize press accreditation issued by local media organizations, except those registered with the government's Information Services Department.

The policy means that some journalists, including those who work for online media and student publications, as well as certain freelancers, will lose access to official press briefings and restricted areas during police operations. Police have warned that unrecognized journalists attending unauthorized protests will face arrest.

"The move by the police will directly affect the work of front-line journalists covering public events like protests, where a large area is usually cordoned off," said Chris Yeung Kin-hing, who chairs the Hong Kong Journalists Association. "It is obvious that the authorities want to restrict media coverage of those events."

Yeung added that journalists working for non-mainstream media played a crucial role in covering widespread protests last year, as some significant events took place in scattered locations across the territory.

"Many impressive photos and footage that revealed police brutality against protesters were taken by online media or student journalists, who are reporting on the very front line," he said. "Removing their presence will severely reduce the media's supervision of power."

Although a police spokesperson said the new measure is aimed at "allowing officers to efficiently and swiftly verify the identity of media representatives" and weeding out "fake reporters," press associations described the move as the same as accreditation or licensing for media, a common practice in authoritarian states such as Iran and Saudi Arabia.

In spite of reassurance from police that general news reporting will not be impeded by the new policy, journalists fear that it will be used to justify arrests of media members in hostile environments.

"When I told them the names of my employers, the police officers had no idea what media they are and accused me of being a fake reporter," she said. "I was detained for almost an hour before another senior officer let me go. I imagine the new policy will put more journalists under similarly dangerous situations."

Eight local media organizations, seven journalism schools and the Foreign Correspondents' Club in Hong Kong have collectively called on the authorities to rescind the order, calling it "another step in the erosion of Hong Kong's press freedom" as protected under the Basic Law, the city's mini-constitution. The Hong Kong Journalists Association said it would look into the possibility of appealing the decision.

Media policy experts also worry the new policy will weaken the Fourth Estate in Hong Kong. "They are taking power out of the hands of the professional journalists who know what to look for" when vetting applications, said Keith B. Richburg, director of the Journalism and Media Studies Centre at the University of Hong Kong.

"How is a police officer on the street to know what's renowned and well-known press? Who are they to determine what is internationally recognized and renowned?... That's why it's so shockingly egregious."

Bruce Lui, a senior journalism lecturer at Hong Kong Baptist University, said student publications are the cradles of many professional journalists in Hong Kong, and prohibiting student journalists from covering major social events will be "a great loss of the society."

Even though the university is determined to support students' journalistic work, Lui said he now has to tell his students to be "more alert and agile" when reporting. "You have to work as if you are in mainland China these days," said the longtime China reporter.

The move follows a series of events aimed at the press in the former British colony. Last month, police raided the headquarters of Apple Daily, a newspaper critical of the local and Beijing governments, and arrested its founder Jimmy Lai.

Press associations have also said work visas for foreign journalists are being delayed in recent months, while an Irish journalist was denied a visa after an almost six-month wait without any official reason. Local media reported that a new national security unit is now responsible for vetting journalists' visa applications.

In response to widespread protests last year, Beijing imposed a sweeping national security law on Hong Kong at the end of June, providing criminal penalties of up to life imprisonment for those found guilty of separatism, subversion, terrorism, and collusion with foreign powers.

The law also stipulates that authorities shall take "necessary measures" to strengthen "guidance, supervision and regulation" of the media, over matters concerning national security.

Prior to the introduction of the national security law, Hong Kong had already dropped to 80th out of 180 countries on the annual press freedom index released by Reporters Without Borders, down from 48th place in 2009.

The policy "is a huge step backward for Hong Kong, but there are only so many backward steps you can take before press freedom is dead," Richburg said.

Journalists in Hong Kong have pledged to press on despite the fresh challenges. "I will not give up my duties or self-censor in any form because of the new guidelines," said Leung, the freelance journalist. "This is the only way to let the world know what's really happening here."