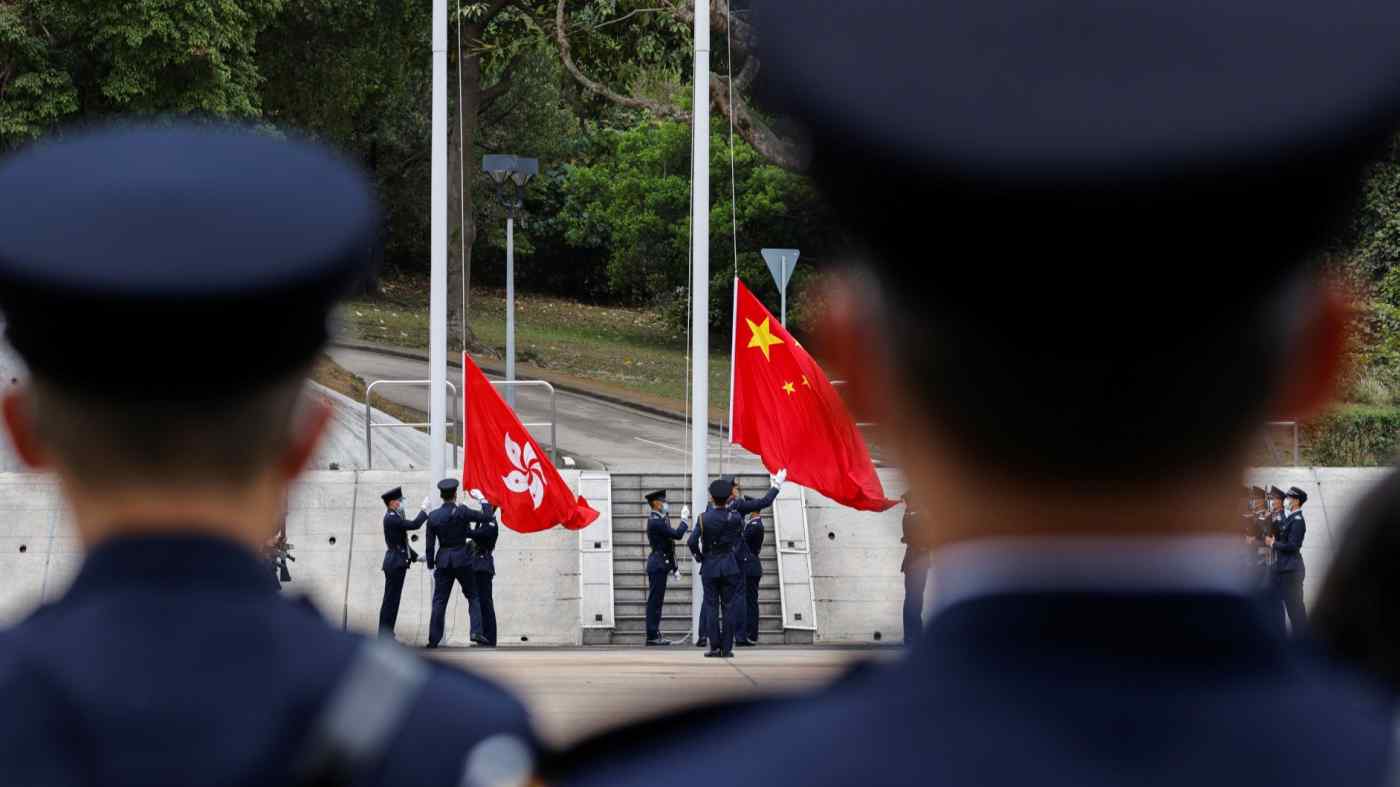 HONG KONG -- A viewing party for an Olympic event that produced Hong Kong's first gold medal in a quarter century has led to the arrest of a man accused of disrespecting China's national anthem.

The territory's police said Friday evening a 40-year-old man had been arrested on suspicion of violating the national anthem law, based on a video from Monday night, when he was watching local fencer Edgar Cheung Ka-long win the men's foil competition in Tokyo.