Activists brace for possible arrest and extradition to mainland China 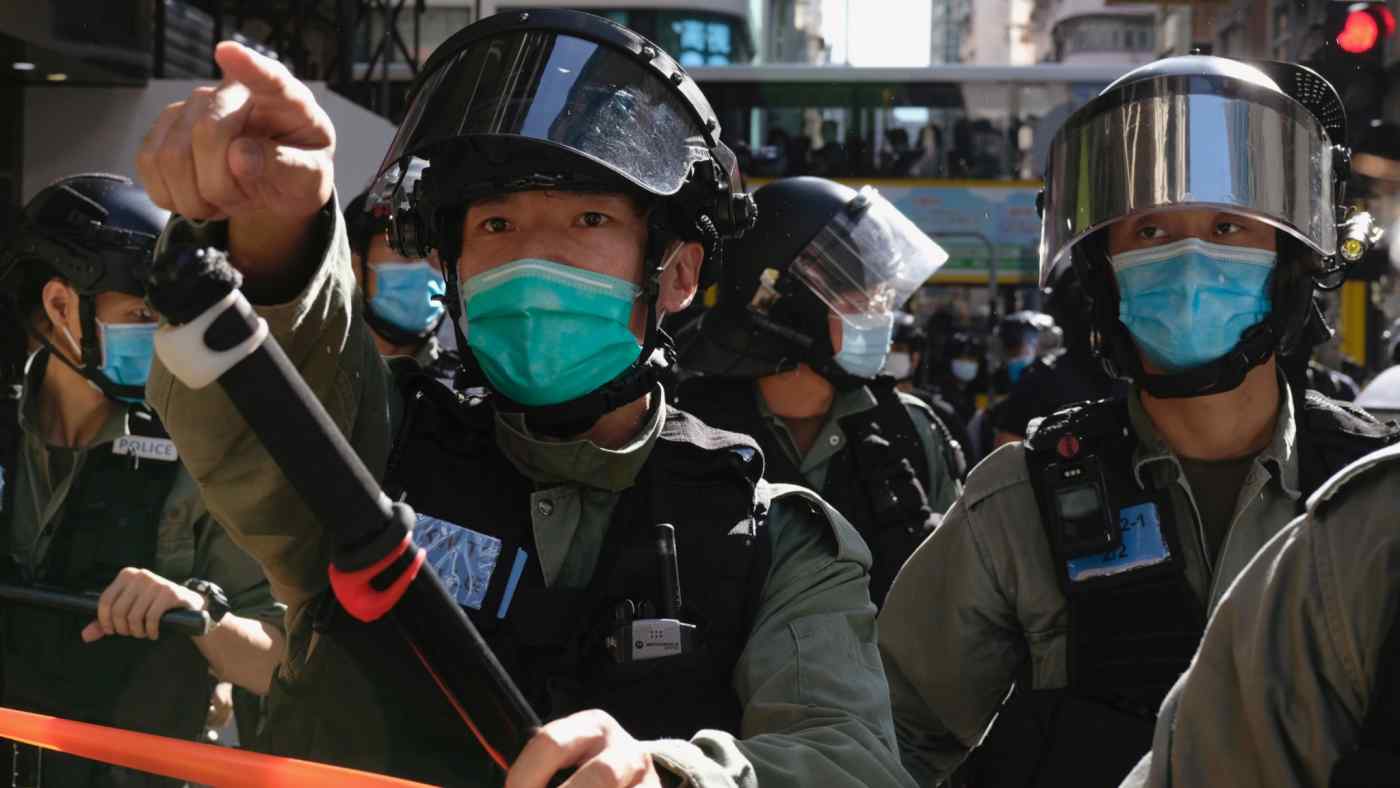 HONG KONG -- China's top legislative body began a three-day meeting on Sunday to discuss national security laws for Hong Kong, which are expected to take effect immediately after the session ends on Tuesday.

Chinese media reported that the legislation had been reviewed by the Standing Committee of the National People's Congress. The Global Times, a newspaper under the Chinese Communist Party, said that Sunday's discussions had ended "with a general consensus."

The legislation will outlaw activities pertaining to "separatism, subversion, terrorism and foreign interference." It comes as Beijing has long accused "foreign forces" of inciting last year's mass protests that plunged the city into its biggest political crisis since the 1997 handover.

Gary Tang, an assistant professor at Hang Seng University of Hong Kong, said he believes academic exchanges on sensitive topics -- as long as no direct funding for activism is involved -- should be spared from legal repercussions. "But nothing is certain before we see the draft legislation. We would have to see how Beijing is going to exercise its power," he said. "They need to take into account the backlash from the international community as well."

Tang added that although last year's protests and activist groups' lobbying of foreign governments likely led to Beijing's decision to impose the security laws on Hong Kong, the central government has gradually tightened its grip in recent years. "So it was only a matter of time," he said.

Before departing on Saturday for the meeting in Beijing, Tam Yiu-chung, Hong Kong's sole delegate on the NPC Standing Committee, told reporters that it is "possible" violation of the new laws could carry a sentence of life imprisonment.

In an interview with the Nikkei Asian Review last week, Tam said the new security laws will also be applied to foreign businesses and media. "Everyone is equal before the law. There is no exception for people or businesses in the city," he said, adding that businesspeople "need not to worry" as long as they comply with the laws.

When asked if journalists reporting on sensitive political issues could be penalized, Tam responded that companies should "seek professional legal advice" after the security laws are enacted.

Tam also said that the security laws could be retroactive to May 28, when China approved the security legislation in its annual parliamentary session.

On that point of retroactive action, state-run CCTV said over the weekend that the withdrawal from politics by Hong Kong's former chief secretary, Anson Chan, a vocal democracy supporter, does not mean she is "free from penalties."

On Friday, Chan said in a statement that she would step back from "civic and political engagement" to spend more time with her family following the recent death of her daughter. She has been named by Chinese state media one of the "Gang of Four" who were behind last year's unrest in Hong Kong.

Pro-democracy activists in the former British colony say they are bracing for implementation of the new legislation.

"The worst scenario for me would be being arrested and extradited to China," said activist Joshua Wong Chi-fung, who described the new security protocols as "tailor-made" for major activists, including himself, in retaliation for their international advocacy work.

Wong and other activists last year lobbied for U.S. lawmakers' Hong Kong Human Rights and Democracy Act of 2019, which allows Washington to impose sanctions on Hong Kong and mainland Chinese officials that it deems responsible for human-rights violations in the territory, opening a path for the U.S. to revoke special trade privileges for the financial hub.

Nathan Law Kwun-chung, another prominent activist who co-founded the pro-democracy group Demosisto with Wong, said: "What's the most worrying is not the offense itself, but the fact that some offenders will face trial on the mainland," where the courts are directly under the Communist Party's control and known for arbitrary detention.

Law said international pressure is essential to keep China in check. "If mild demands like asking China to honor its promises and legally binding treaties are already crossing the red line, then there is no step back," he said. He said the security laws will spell the end of international lobbying work in Hong Kong, with overseas groups taking over the role. "It will be a historic mission locally. No one can take the risk after the laws are enacted."

Wong and Law were both imprisoned three years ago for their roles in the Occupy Central protests, also known as the Umbrella Movement, in 2014. Both men recently announced their candidacies in Hong Kong's upcoming Legislative Council elections in September.

"Many people have told me to flee from Hong Kong," Wong wrote in a statement posted on his Facebook page shortly after Beijing introduced the security laws in May. "But my answer is simple: I won't go." Instead, Wong has urged the international community to take stronger action against Beijing.

On Sunday, pro-independence activist Wayne Chan Ka-kui confirmed that he had left Hong Kong for an unnamed destination, just days before the security laws are expected to be enacted. He also called for other young people to consider leaving. "Don't die ... Hong Kong will need you all in the future," Chan wrote on his Facebook page.

Benson Wong, a former assistant professor at Hong Kong Baptist University, said pro-democracy groups have successfully helped "put the Hong Kong question into the contexts of international politics." He believes the new laws will be another trigger for protests in Hong Kong, even as Beijing is set to arrest prominent activists and exert tighter oversight in various sectors of the city.

Despite the imminence of the security laws, the draft legislation that details the scope of offenses and penalties has not yet been made public. Even Hong Kong's top official, Chief Executive Carrie Lam, said last week that she knows little about the exact clauses in the bill.

Under the Basic Law, Hong Kong's mini-constitution, the city enjoys an independent judicial system as part of the "one country, two systems" framework. However, according to a report in China's official Xinhua News Agency, the new security laws will allow Beijing to overrule Hong Kong's legal system by giving the central government jurisdiction over cases under "certain circumstances." Hong Kong's chief executive will also have the power to appoint judges handling related court cases locally.

The reconvening of the NPC standing committee this weekend is a rare instance in which the body has met two times in a month. The committee normally gathers once every two months.

It is widely believed that the legislation will go through during the three-day session and come into effect ahead of July 1 -- the 23rd anniversary of Hong Kong's handover from the U.K. to China. An annual protest march on the handover anniversary has also been banned for the first time over what Hong Kong authorities described as public health concerns over the coronavirus pandemic.

On Sunday afternoon, hundreds of protesters defied another police ban and marched silently in parts of Hong Kong, with some urging bystanders to join the banned rally on July 1. The police said in a statement that officers arrested 53 people for "unlawful assembly."