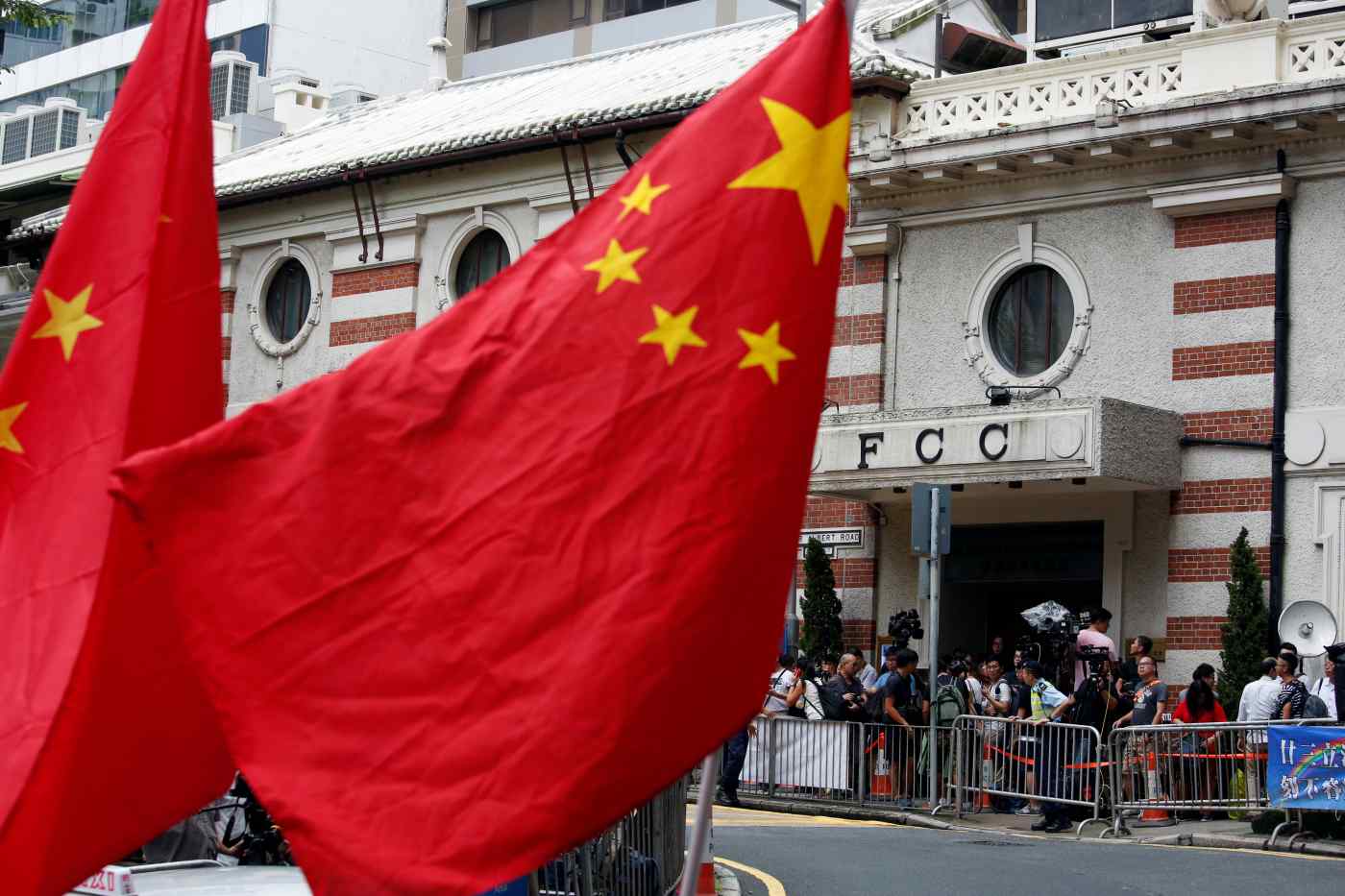 The talk by Andy Chan Ho-tin, a founder of the Hong Kong National Party, drew global attention after China called on the club to cancel Tuesday's event.

Before the speech, about 100 protesters from both separatist and pro-China groups yelled at each other in an intense atmosphere outside the club. Pro-independence supporters held up signs calling for press freedom, while those aligned with Beijing waved Chinese flags, played patriotic music and held banners saying there was a conspiracy to split Hong Kong from China.

Sam Chan, a 64-year-old retiree, was outside the venue with about 40 members of a pro-China group. He said he was there because localists like Chan were "poisoning the next generation."

The atmosphere inside the club was more cordial, though Chan did not hold back in his speech, "Hong Kong Nationalism: A Politically Incorrect Guide to Hong Kong under Chinese Rule."

"We are marching ever closer toward a dictatorship with Chinese characteristics," Chan said. "There is no longer freedom of speech in Hong Kong, but instead the freedom to say and think what Peking wants us to." 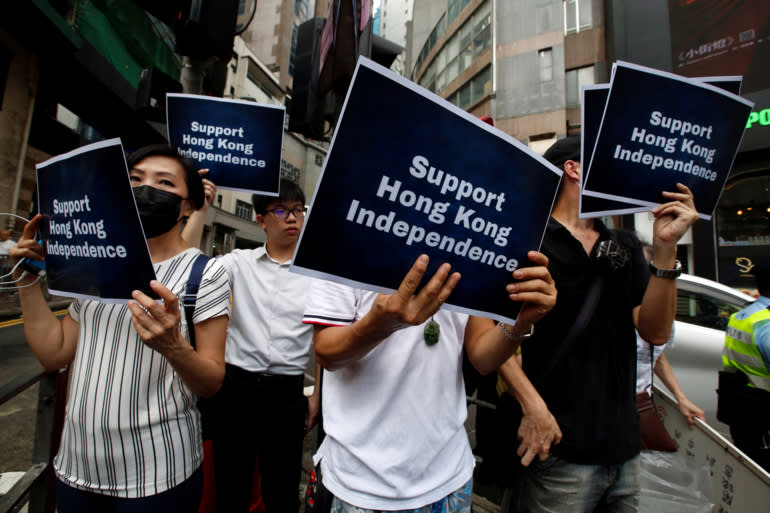 Pro-independence protesters outside the FCC in Hong Kong   © Reuters

Beijing is tightening its political grip on the former British colony that was returned to China in 1997. Under the principle of "one country, two systems," Hong Kong enjoys more autonomy than mainland cities, but China is becoming increasingly impatient with a separatist sentiment that has been growing since 2014's Occupy Central movement.

During a July visit to the city, Chinese President Xi Jinping warned Hong Kong not to cross the "red line" of undermining Chinese sovereignty.

Willy Lam, adjunct professor at the Centre for China Studies at the Chinese University of Hong Kong, said Xi would link the holding of the event to issues such as Taiwan to say China needs a stronger government and military to hold the country together.

Last month, police in the city submitted a proposal to criminalize the operations of Chan's party on the grounds of national security. Earlier this month, the Chinese Foreign Ministry urged the FCC to cancel the event, saying it "resolutely opposes any external forces providing a platform for the independence forces to spread their absurd ideas."

The Chinese and Hong Kong governments both decried the event.

China’s Ministry of Foreign Affairs condemned the press club of being “hypocritical” in a 1000-word statement issued right after the speech. It said the ideas of Hong Kong independence are unconstitutional and not part of the press freedom protected by the law.

Carrie Lam, the city's chief executive, called the event "regrettable and inappropriate." Her predecessor, Leung Chun-ying, attacked the FCC on social media, questioning whether the club should be allowed to lease a government-owned building on favorable terms.

Chris Patten, the last British governor of Hong Kong, also weighed in. He has said it's wrong for Beijing to step in and that the matter should be determined within Hong Kong.

Patten opposes the concept of independence.

The FCC said in statement that it is "vitally important to allow people to speak and debate freely." The club has previously invited controversial speakers, including key leaders in the Occupy Central movement, without facing such opposition from authorities.

City authorities have clamped down on pro-independence political groups in recent years. In February, a Hong Kong court ruled that returning officials had the power to bar candidates from running for office based on their political views.

Chan was among several aspirants banned from running for elections to the legislative council. Last year, six opposition lawmakers were disqualified from the council over improper oath-taking.

Speaking to reporters after his speech, Chan said he would stick to his beliefs.

"This may be the end for Hong Kong National Party, but it will not be the end of Hong Kong nationalism movement," he said. "If fighting for freedom and dignity causes me to be in jail, let it be."