Academics, former priest and others could face jail for Occupy Central movement 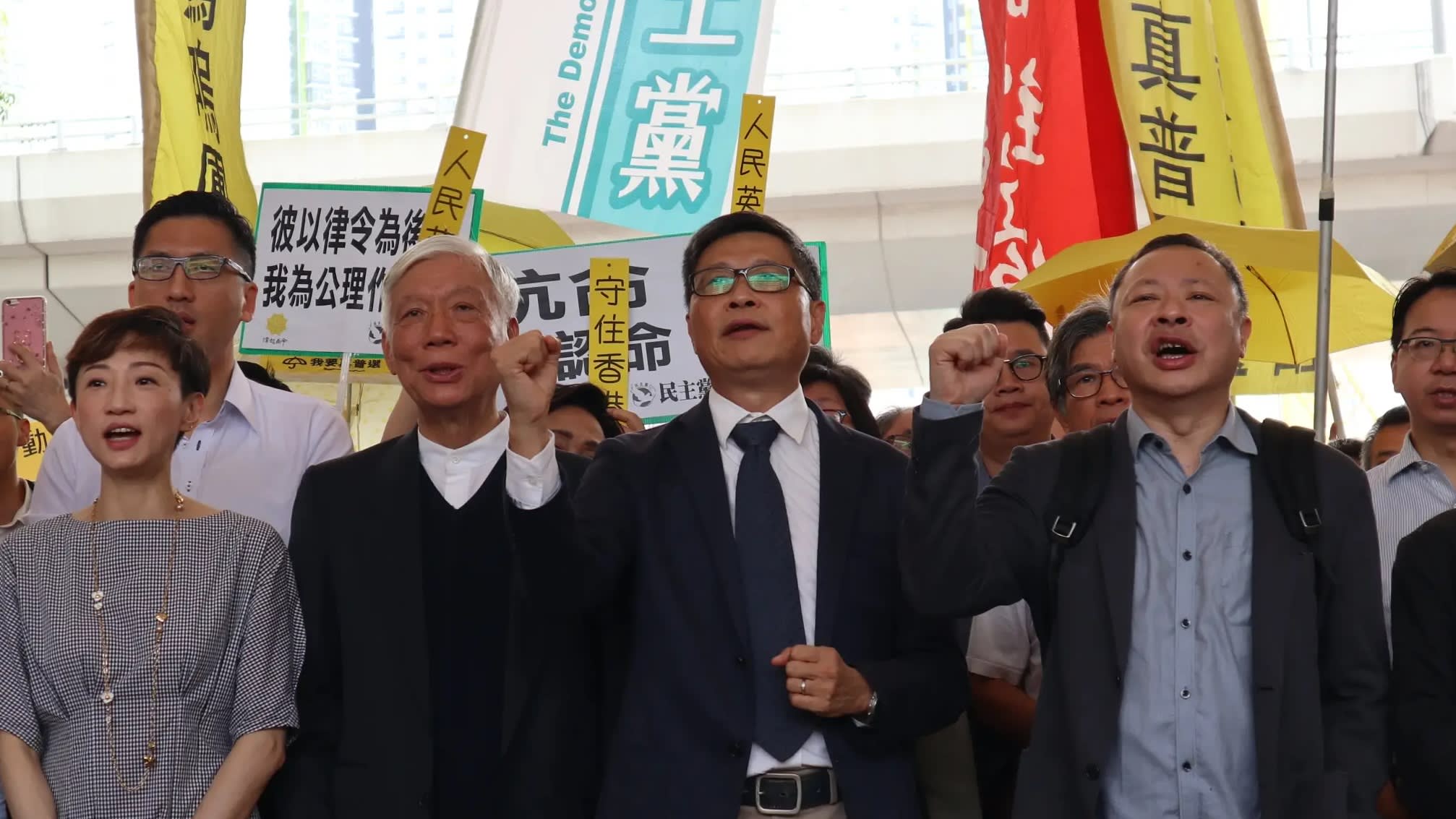 HONG KONG -- Nine leaders of Hong Kong's 2014 pro-democracy Occupy Central movement were found guilty on Tuesday for their involvement in the protests that paralyzed the financial hub for 79 days.

The defendants, aged 24 to 75, on Tuesday called on people in Hong Kong to continue the fight for democracy, as hundreds of supporters chanted slogans outside a district court in West Kowloon where the verdict was delivered.

The verdict was the latest in a series of jail sentences against high-profile protesters in the former British colony amid growing international criticism of the erosion of the city's freedoms and autonomy as Beijing tightens its grip. The sentences will be handed down on a later date.

The judge said in his ruling that the plan to launch the Occupy Central movement was "a conspiracy to cause a public nuisance" through "unlawful obstruction of public places and roads" in the Central business district, and that the proposed occupation of public thoroughfares was "unreasonable" and would amount to "common injury" to the public.

The demonstrations, also known as the Umbrella Movement, involved protesters blocking and camping out on major roads in Hong Kong's major business and commercial areas for nearly three months in the fall of 2014 to press Hong Kong's government to implement universal suffrage for the election of its leader according to "international standards," instead of candidates that had been approved by Beijing.

However, the judge said the concept of civil disobedience is "not a defense in law," and that the defendants were "naive" to suggest the government would overnight introduce the form of universal suffrage they advocated. Pro-democracy protesters demonstrate their support for the nine defendants on Tuesday morning outside the courthouse in Hong Kong, where the guilty verdict was handed down. (Photo by Takeshi Kihara)

In an emotional speech inside the courtroom, Chu called for courage in fighting against social injustice.

"Today, old and gray, I find myself in the defendant's dock, making a final plea as a convict," the former pastor said. Chu said he has "no anger, no grudges and no grievances" and that he would continue to be a "bell toller" to wake up social conscience. "We do not give up."

After receiving their verdict, the three founders walked out of the courtroom and were greeted by hundreds of supporters, who stood up and applauded them. All nine defendants remain free on bail pending their sentences.

"Of course, I am disappointed," Chan said, commenting on the verdict, adding that he had no regrets because he had acted according to his conscience. Chan said the three founders would decide whether to appeal after the sentencing is announced. "We are in good spirits."

Tai said he felt "excited" seeing the presence of a big crowd of supporters. "I have the confidence that many people will continue to strive for Hong Kong democracy and [will] not give up," he said.

The other defendants, including student leaders and lawmakers, were also found guilty on Tuesday of lesser charges. The trial for all nine defendants took place late last year.

The verdict has stoked fresh concerns over dwindling civil liberties in Hong Kong, as Beijing exerts more control over the Special Administrative Region.

"Today's guilty verdicts are a crushing blow for freedom of expression and peaceful protest in Hong Kong," said Tam Man-kei, director of Amnesty International Hong Kong. He said the Hong Kong government is increasingly using prosecution as "a political tool to target peaceful activists" and abusing the law to silence debate on democracy and other sensitive political issues.

Dozens of protesters, mostly young people, have been held criminally liable for their activities during the Occupy Central movement, and some, including student leader Joshua Wong, have already served their jail sentences.

"The verdict today creates a chilling effect in Hong Kong society," Demosisto, a political party founded by Wong and other student movement leaders, said in a statement. "It will be increasingly difficult for anyone to express their opinions and to disagree with the government."

In Beijing, Chinese Foreign Ministry spokesperson Lu Kang, responding to Tuesday's events, said the central government "fully supported" the punishment to major organizers of the "illegal Occupy movement" in accordance with the law.