The ads, purchased by a who's who of Hong Kong's real estate industry, praised the day, which celebrated a sweeping law that Beijing imposed on the semi-autonomous territory last year.

Those participating in the ad purchase included CK Asset Holdings, a property group founded by Hong Kong's richest man, Li Ka-shing, and Henderson Land Development, run by Lee Shau-kee, who trails only Li in the city in net worth.

The two tycoons had been known to be politically outspoken, but their stance toward China as of late has been decidedly nonconfrontational, indicating the pressure the real estate industry is facing from Beijing officials.

In the wake of the city's large-scale protests that began in 2019, Chinese media pinned the blame for the unrest on the city's perennial shortage of affordable housing.

Real estate companies responded by putting idle land on the market. But the move failed to significantly tame housing prices, adding to the ire of Chinese officials. 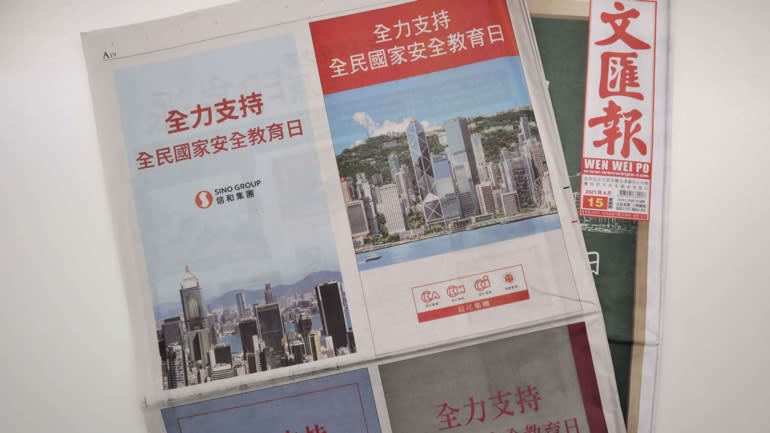 The process for choosing committee members has been modified, and factions will face new hurdles caucusing with one another. All this serves to undermine the influence of large conglomerates, according to a piece in the Hong Kong Economic Times.

Political commentator Willy Lam has told U.S. media that "by adding a large number of groups that can be directly controlled by the Liaison Office in Hong Kong, the influence of the business community on the chief executive's election will be reduced."

Still there is no guarantee that pressure on the industry will lead to lower real estate prices, as the market for luxury housing and office buildings is fueled in large part by an influx of cash from the mainland. Whether Hong Kong will be able to address its chronic shortage of affordable housing remains an open question.