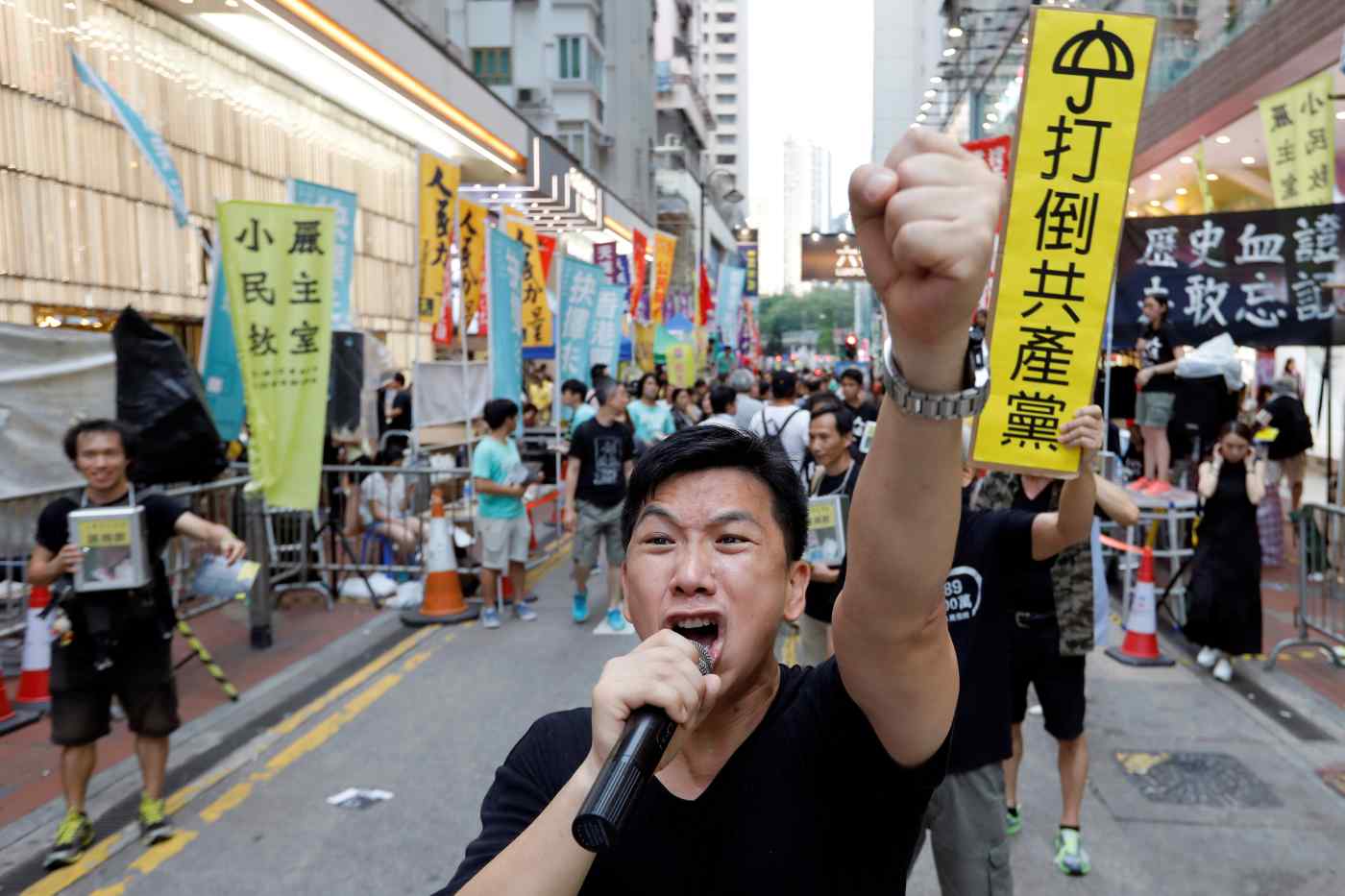 HONG KONG -- Police in Hong Kong have submitted a proposal to criminalize the operations of a separatist political party on the grounds of national security, in an unprecedented move against supporters of independence from Chinese rule.

The proposed ban came as Beijing is tightening its political grip on the former British colony which was handed back to China in 1997. It is becoming increasingly impatient with localist sentiment which has been growing in the city since 2014's Occupy Central movement, the civil disobedience campaign demanding universal suffrage and true democracy.

Two decades since the handover to China, Hong Kong still enjoys a degree of autonomy compared with mainland cities under the principle of "one country, two systems."

The target group, Hong Kong National Party, was founded in 2016 and advocates the city's independence from mainland China. In a statement issued by the party on Tuesday morning, it said it had received a letter from the government's security bureau, detailing a demand by Hong Kong police that it cease operations in the interests of national security and public safety.

The move was "a purely political decision" that seeks to "silence those who represent the true interests of the Hong Kong people and nation," the party said in the statement.

In a media briefing following the reports on Tuesday, Hong Kong security chief John Lee Ka-chiu confirmed that his office had received the recommendation from the city's police force, which was made under Section 8 of the city's Societies Ordinance.

"In Hong Kong, we have freedom of association, but that right is not without restriction," Lee said. He said the party would be given 21 days to make representations and appeal to the bureau, after which he would decide whether to take up the recommendation from the police.

It is the first time this provision has been invoked since the city returned to Chinese rule from Britain 21 years ago.

If the party continued its activities following the ban, Lee said, it would be classified as an "illegal organization." People involved in its activities, including members, helpers and sponsors, would be subject to fines and maximum imprisonment of three years.

Section 8 states that societies officers, posts taken up by senior members of the police force, can recommend the Secretary for Security in Hong Kong to make an order prohibiting the operation of a society if they "reasonably believe it is necessary in the interests of national security, public safety, public order or protection of rights and freedoms of others."

He claimed the wording in Section 8 regarding restrictions was exactly the same as provisions in the International Covenant on Civil and Political Rights adopted by the United Nations.

Localist or pro-independence political groups have faced greater legal challenges from the government body in recent years in what critics have called a deterioration of Hong Kong's rule of law.

In 2016, Andy Chan Ho-tin, the convener of HKNP, was banned from running for election to the city's Legislative Council because of his political beliefs. In February this year, a Hong Kong court ruled that returning officials had the power to bar candidates from running for office because of their political views.