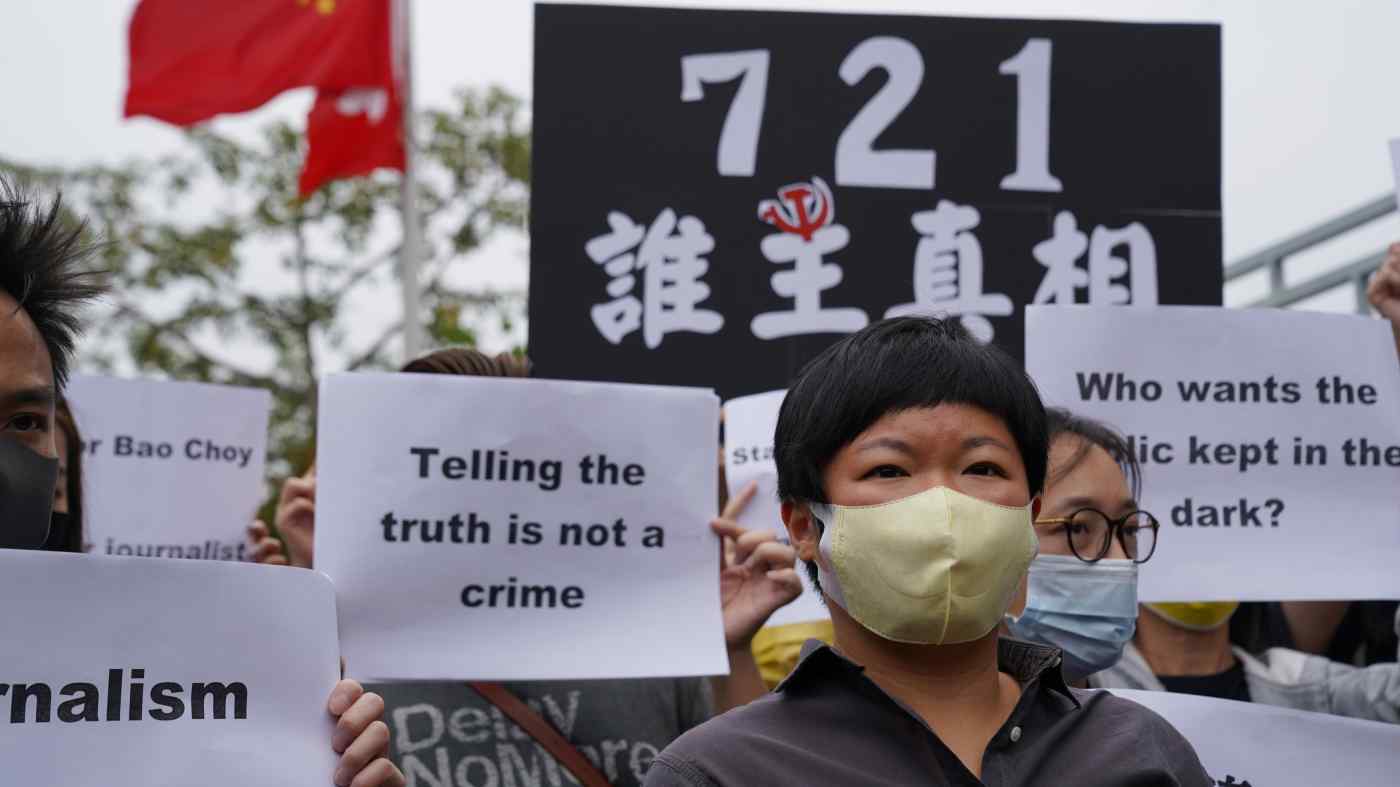 HONG KONG -- An award-winning Hong Kong journalist, whose work detailed the police's delayed response to an organized mob assault on pro-democracy protesters in 2019, was convicted on Thursday of making false statements, intensifying deep concerns over press freedom in the city.