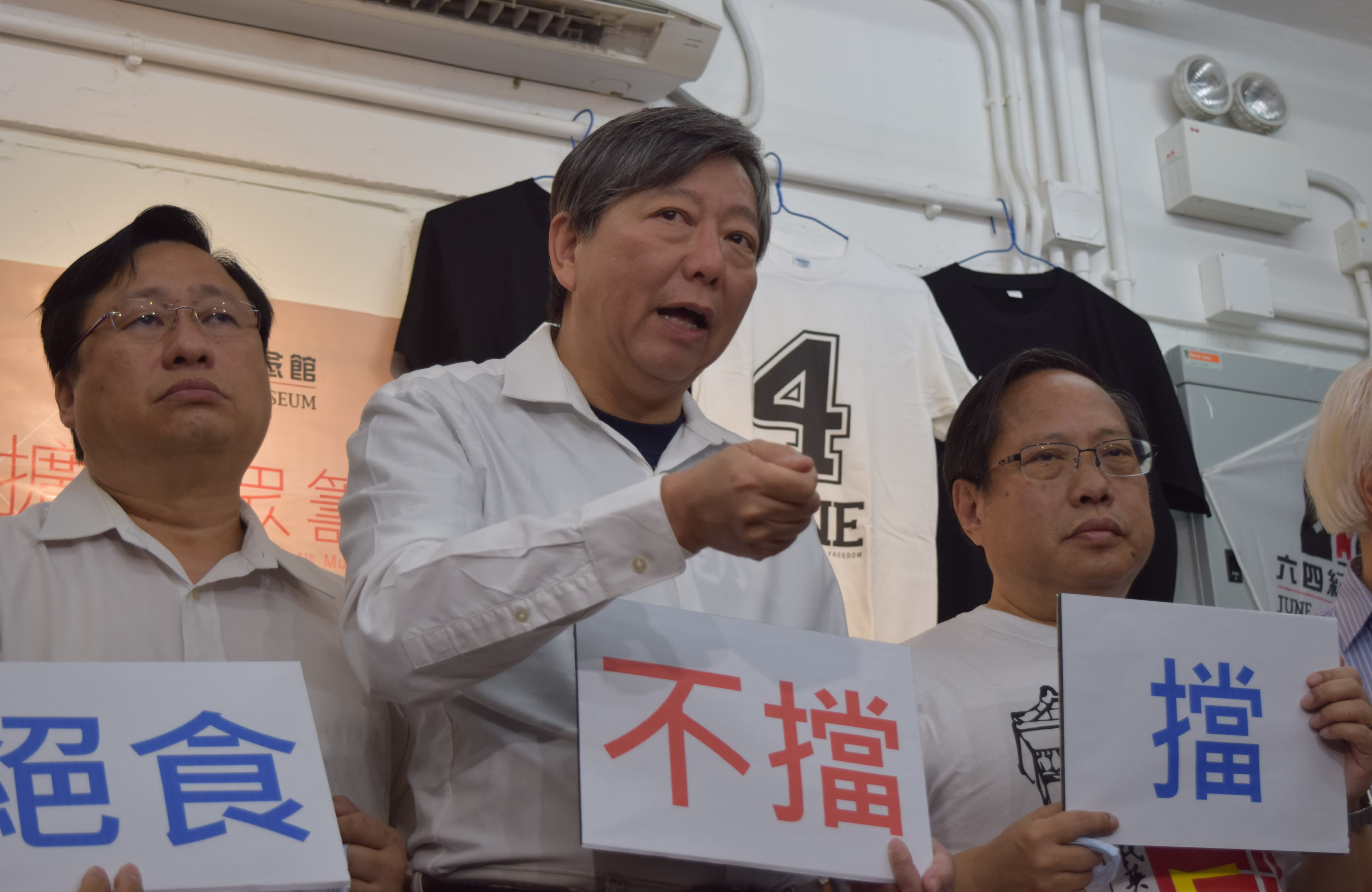 HONG KONG -- A museum dedicated to the brutal crackdown against unarmed students and civilians in Tiananmen Square on June 4, 1989 has reopened. The institution, which was originally intended to be a permanent memorial, closed last July after only two years.

Political pressure from Beijing and its supporters in Hong Kong, however, means the museum, which reopened in a different location on Sunday, will be temporary. But the organizers and activists behind the museum's reappearance are optimistic they can gain enough public support to reestablish it on a permanent site. They are also hoping to attract local Hong Kong youth, who are increasingly apathetic toward issues relating to mainland China.

The temporary June Fourth Museum is based in the suburban neighborhood of Shek Kip Mei, in northern Kowloon. There will be a series of related events scheduled over the coming weeks in the run up to June 4, and the museum will close down again on June 15.

Albert Ho Chun-yan, chairman of the Hong Kong Alliance in Support of Patriotic Democratic Movements of China, the group primarily responsible for organizing the reopening, said that they had to "spend a lot of effort in looking for a suitable location," and for them, "the choices were limited."

Unlike the original museum, which stood in a corner of the bustling commercial district of Tsim Sha Tsui, the temporary version is in a more remote residential area. Exhibits are split across two rooms with a total area of about 65 square meters, which makes it smaller than its predecessor.

The Alliance, which sponsors the annual candle light vigil in Victoria Park on June 4, had organized and operated earlier temporary exhibits in 2012 and 2013 as well as the original June Fourth museum, which opened in April 2014.

The original June Fourth museum closed after the building's owner brought a protracted lawsuit against the museum, which some members of the alliance suspected was politically motivated. Ho acknowledged the existence of political pressure in the autonomous territory, where China is establishing an increasingly firm grip. "We are not afraid. Nobody can force us to stop what we are trying to do," Ho told reporters on Sunday. The veteran pro-democracy activist added "we hope to continue to hold similar exhibit[s] like this in the time to come, notwithstanding the political sensitivities." 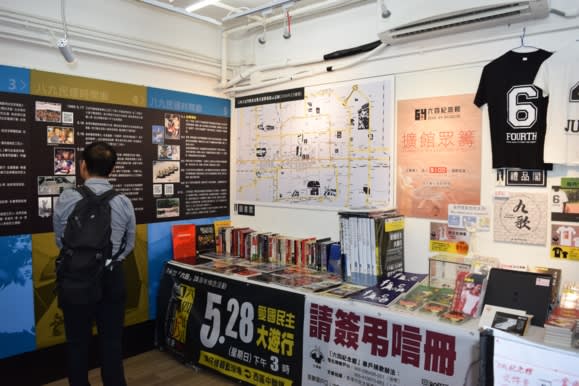 A visitor peruses an exhibit at the museum's new venue, which is open until June 15. (Photo by Kenji Kawase)

Looking to the future, he and his fellow activists "are making the best effort to try to raise sufficient money to enable us to acquire a permanent place for the museum." He hopes to find a space in a shopping center that more people could easily visit, though no solid plan has been presented.

With regard to the funding issue, Ho said that the Alliance now has about 8 million Hong Kong dollars ($1.03 million) in hand after selling the original space and repaying the remaining mortgage. He estimated that the organizers need an extra HK$3 million to 4 million to purchase a permanent venue.

While Hong Kong activists struggle to keep the flame of the Tiananmen Massacre memory burning, another of the ageing parents of victims from the tragedy has passed away. According to the Hong Kong-based Information Center for Human Rights and Democracy, Xu Jue, mother of protestor Wu Xiang-dong who was killed by a shot to the head, died at the age of 77 on April 24. Xu was one of the "Tiananmen Mothers", parents of the victims who are active in demanding vindication of the incident from the Chinese government. According to the center's count, 46 parents of Tiananmen victims have passed away.

"It is very sad that they were not able to see the day their children's names have been cleared [as] they are still labeled as counterrevolutionaries," said Lee Cheuk-yan, a core member of the Alliance and a long time pro-democracy activist along with Ho. Talking to the Nikkei Asian Review on Sunday, Lee said "sadly, the justice has not come in China yet."

Beijing bans any reporting of the incident, eradicates any reminders of it from cyberspace, and officially refers to the events that led to the crackdown in 1989 simply as "political turmoil." The Tiananmen Mothers have been sidelined and silenced at home.

The outlook for a change of policy does not seem positive. Lee noted that President Donald Trump has made "very, very little mention on human rights" during his first 100 days in the White House. The U.S. had been the biggest sources of pressure on Beijing, but after observing the latest interactions between Trump and President Xi Jinping, Lee said "I don't think we can pin any hope in Trump presidency on Hong Kong's democracy and human rights in China."

For the older June Fourth activists like Ho and Lee, there is a big issue at home as well. The territory's younger generation is increasingly apathetic to the cause of bringing about democracy and protecting human rights in mainland China, because they identify more strongly as Hong Konger and not Chinese citizens. They feel the top priority should be on addressing the apparent decay of the "One country, two systems" framework and the "high degree of autonomy" that was underwritten by the agreement between London and Beijing.

On this front, both Ho and Lee are quite optimistic. The running theme that they have established for the temporary museum is "What has 'June 4th' to do with me?" -- encouraging the youth to relate their own circumstances to those of the mainland students back in 1989 through exhibits designed by young local artists, such as Liu Kayee.

"I am always hopeful that they will understand that what we are doing is, in fact, to uphold the truth and embrace the universal values that Hong Kong has always treasured," Ho said. Even for those on the extreme end of seeking independence of Hong Kong, Ho invited them to join in to uphold the "values of freedom and human rights in Hong Kong, China and everywhere in the world."

Lee notes that the mood among young people in Hong Kong is "always changing" as China further tightens its grip on the territory's affairs, particularly after the pro-democracy Umbrella Movement in 2014. "When you look back at the Umbrella Movement, June Fourth could have happened in Hong Kong also," said Lee. "You can't say that China is irrelevant. They are the same regime that opened fire, shot at its own people and drove tanks in Tiananmen Square, and [it] is also handling Hong Kong," he said.