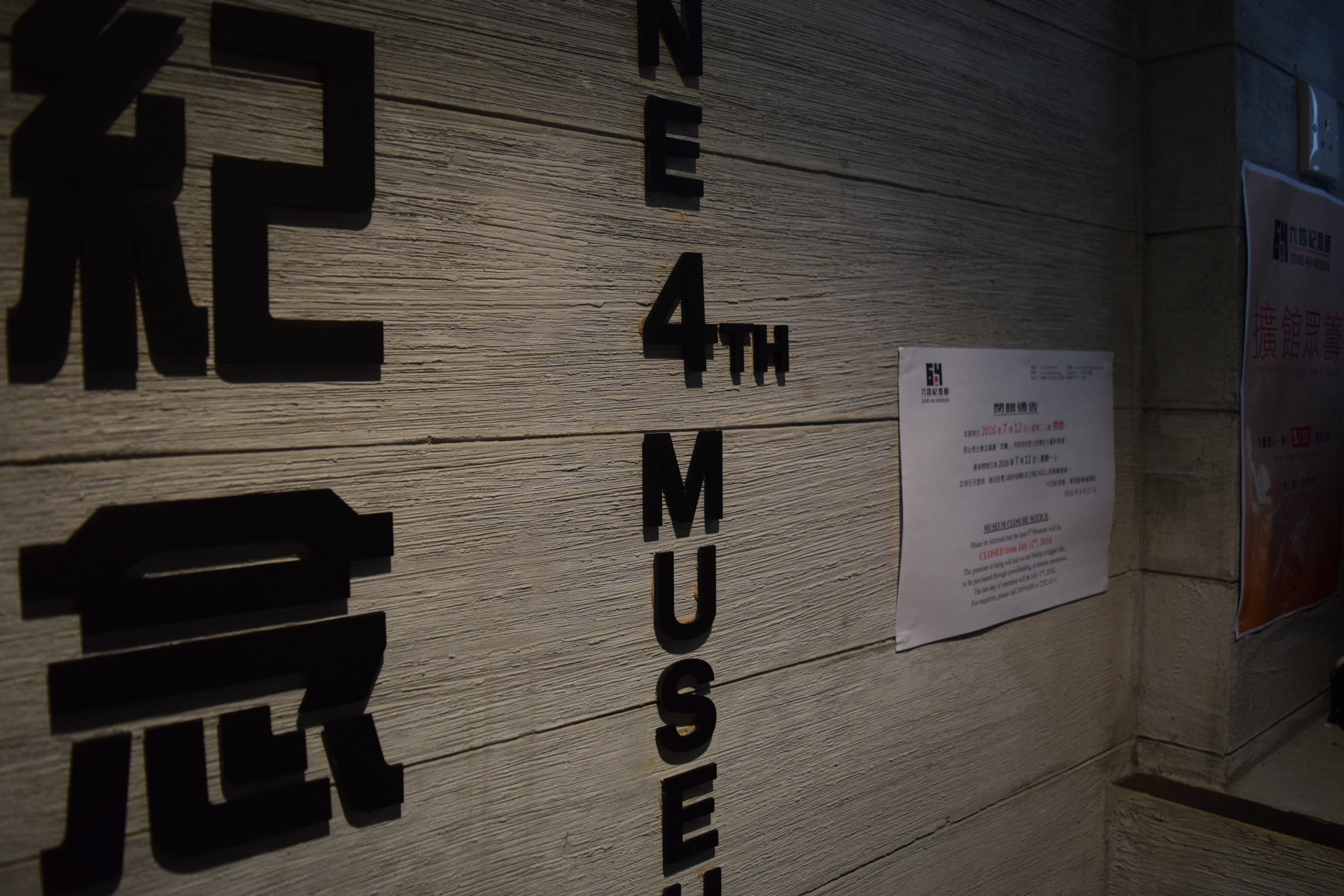 HONG KONG -- What was supposed to be a permanent museum in Hong Kong commemorating the crackdown on unarmed students and civilians in Tiananmen Square on June 4, 1989, was closed down on Monday, only two years after it opened. The premature closure came about following a prolonged lawsuit instigated by the owner of the building in which the exhibition was housed. However, counting on a new round of financial and popular support, the museum's organizers are confident it will make a stronger comeback in a new home within a year.

"We feel [great regret] that we have to close down this museum," said Albert Ho Chun-yan, chairman of the Hong Kong Alliance in Support of Patriotic Democratic Movements of China, on Monday. The Alliance, which sponsors the annual candlelit vigil in Victoria Park on June 4, has opened, organized and operated the museum since April 2014.

As of last Sunday, the museum had attracted 24,124 visitors, and collected 762,411.59 Hong Kong dollars ($98,280) in total revenue, including donations and sales of merchandise. According to Ho, many of their visitors have come from mainland China, and the facility has helped them to "understand the truth of June Fourth which they were unable to know about in the mainland." Beijing bans any reporting of the incident, eradicates any reminders of it from cyberspace, and officially refers to the events that led to the crackdown simply as "political turmoil." Albert Ho Chun-yan, center, and core members of the organizers said the June Fourth museum would reopen within a year. (Photo by Kenji Kawase)

According to Ho, the direct cause of the closure was the owner of the building. The exhibit's organizers purchased the approximately 74 square meters of floor space, but the building owner had complained since the opening that to use the space as a museum and not as an office went against the covenants on the building. On top of this, the building owner "appears to have unlimited financial support" to sustain a protracted litigation against the museum, and is demanding the full names and personal identification numbers of all visitors. These factors combined to make the museum "rather difficult to sustain in the long term," said Ho.

Asked whether Beijing was behind the litigation and the pressure, Lee Cheuk-yan, a core member of the alliance and chairman when the museum first opened, said he did not know who was behind it, but believes it is "politically motivated." He did not point a finger at anyone in particular but stressed that "it is strange that a businessman would use his own resources to sue us ... that has nothing to do with their own business."

Despite the apparent defeat, Ho proclaimed on Monday that "this closure is only temporary." No specific new venue was announced, but the organizers say that all the exhibits -- including photos, news clippings and maps, as well as primary evidence like bullets, bloodied shirts and a helmet with bullet holes from the scene -- will find a new home within a year. He hopes the new venue will be more spacious, more accessible and "free from all the possible legal issues."

Funding is another major hurdle to be overcome. The budget depends on the new premises, but the organizers estimate they will need to pay about HK$3 million to secure a venue. They are planning to raise the amount by crowd funding, asking 30,000 people to donate HK$100 each.

"Remember that we raised HK$6 million to open this museum," said Lee. He has "faith in Hong Kong people" as he believes the people would "want to preserve this museum and would want to build this museum with us." Two years ago, donations flocked in from various people, including Chinese on the mainland and elsewhere in the world.

However temporary the setback, the closure of a permanent facility commemorating a dark chapter in China's history comes at a time when the "One Country, Two Systems" arrangement, under which Beijing has pledged to guarantee Hong Kong's freedoms and give it a high degree of autonomy, is being eroded. This has been seen in the missing booksellers case, in which five Kong Kong merchants selling works critical of China's leaders disappeared, before later confessing their "wrongdoing" on Chinese television. Parts of the younger generation are becoming indifferent to the issues of democratization on the mainland, and do not identify themselves as Chinese.

However, Ho remains upbeat. "The message that we are going to send to Beijing and to the rest of the world," he said, "is notwithstanding all these pressure and difficulties that we are confronting, we are going to stand firm on our conviction, and we will not give up." He added that he will restore "the only place in China where the truth about June Fourth is being shown and exhibited with all the historical facts."