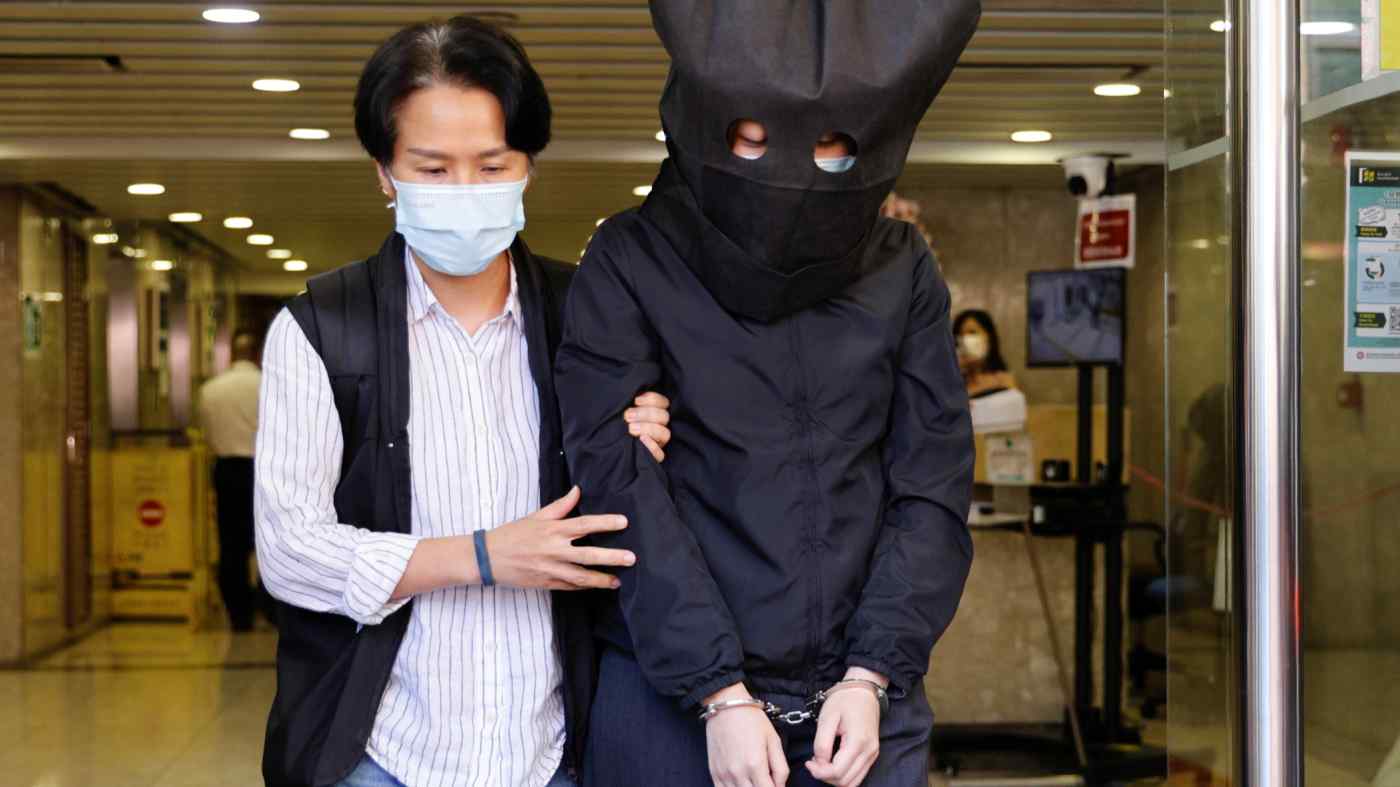 The five are members of the General Union of Hong Kong Speech Therapists, a new labor group which formed during the 2019 wave of anti-government protests and published three children's picture books, written in colloquial Cantonese.

Police Senior Superintendent Steve Li told reporters at a news conference that the suspects sought to "stir hatred" among young children against the city's government and the judicial system, agitating for the use of violence and lawbreaking.

"Don't think that these are simple story books," Li said. "These three books have a lot of seditious materials inside."

The officer said the books could have a detrimental effect on the development of young children's morals. The damage would be "really, really great" if they were allowed to circulate freely, he said.

The police were prompted to act because the union had scheduled a parent-child workshop around the books for July 24. "We had to stop them," Li said.

The arrested, two men and three women, are aged between 25 and 28 and could face up to two years imprisonment each. With their investigation continuing, the police also froze 160,000 Hong Kong dollars ($20,600) of union assets.

The police action follows a speech by Xia Baolong, head of the Chinese State Council's Hong Kong and Macao Affairs Office, last Friday, in which he called on Hong Kong's government to "deepen" its implementation of the national security law imposed by Beijing over the former British colony last June.

According to Hong Kong Chief Executive Carrie Lam, Xia specifically called for strengthened guidance, supervision and regulation over the media and schools, as part of five "assignments" for her government. 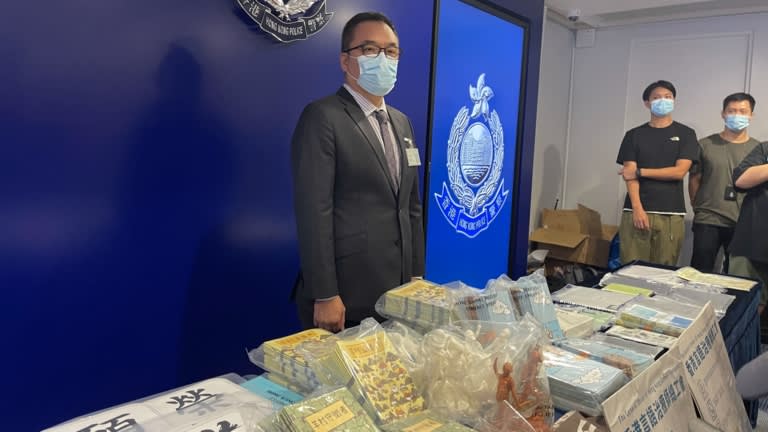 The stories describe a community of sheep banding together and fighting off challenges from intruding wolves. The books are intended for children age 4 and above.

Pro-Beijing politicians earlier urged the authorities to take action against the books. In January, Legislator Kwok Wai-keung said the Sheep Village series could be used to "brainwash" children. Undersecretary for Education Christine Choi said then that her department had put out notice that the books were not suitable for children.

The Hong Kong Confederation of Trade Unions, of which the speech therapists' group is a member, said in a Twitter statement that Thursday's police action "has rung the death knell of the freedom of creative arts."

"When children's read[ings] are defined [as] seditious, all metaphoric texts and even acrostics will also be interpreted as seditious in the future, with a chilling effect in the whole society."

Hong Kong authorities have been tightening censorship over books and other types of media since the imposition of the national security law (NSL).

The public library system has removed at least 70 titles from its shelves for indefinite review. During the weeklong annual Hong Kong Book Fair which closed on Tuesday, the government agency organizing the event issued warnings to two publishers over five books they displayed, in relation to received claims that the works violated the security law.

"Even post-NSL, irreverent humor & satire poking fun at authorities, political cartoons & protest artwork have continued to thrive in HK, if on the margins," Antony Dapiran, a lawyer and author of protest-related books, tweeted after the police action Thursday. "The fear instilled by these arrests will likely end that."

Separately, a magistrate on Thursday denied bail for four executives and editors of the shuttered Apple Daily newspaper who had been detained by police the previous day over allegations they conspired "to commit collusion with a foreign country or with external elements to endanger national security."

The case relates to articles the paper published, which the police allege called for foreign nations to sanction Hong Kong or China.

The first trial under the security law, which hinges in part on whether the protest slogan of "Liberate Hong Kong, Revolution of Our Times" should be seen as inciting secession, wrapped up on Tuesday. A three-judge panel is to deliver a verdict next week for Tong Ying-kit, who rode a motorcycle carrying a banner with the slogan into a line of police.

In another case, a judge on Thursday sentenced seven men over their roles in a mob attack on pro-democracy protest supporters and passersby at a suburban train station to between three-and-a-half and seven years in prison each.

The incident at Yuen Long Station left dozens hospitalized and shook public confidence in the police due to the force's slow response to emergency calls and failure to take action at the time.

Judge Eddie Yip said the use of violence in the metro station was "premeditated" and "indiscriminate," and said some of the assailants seemed to have "lost their minds."