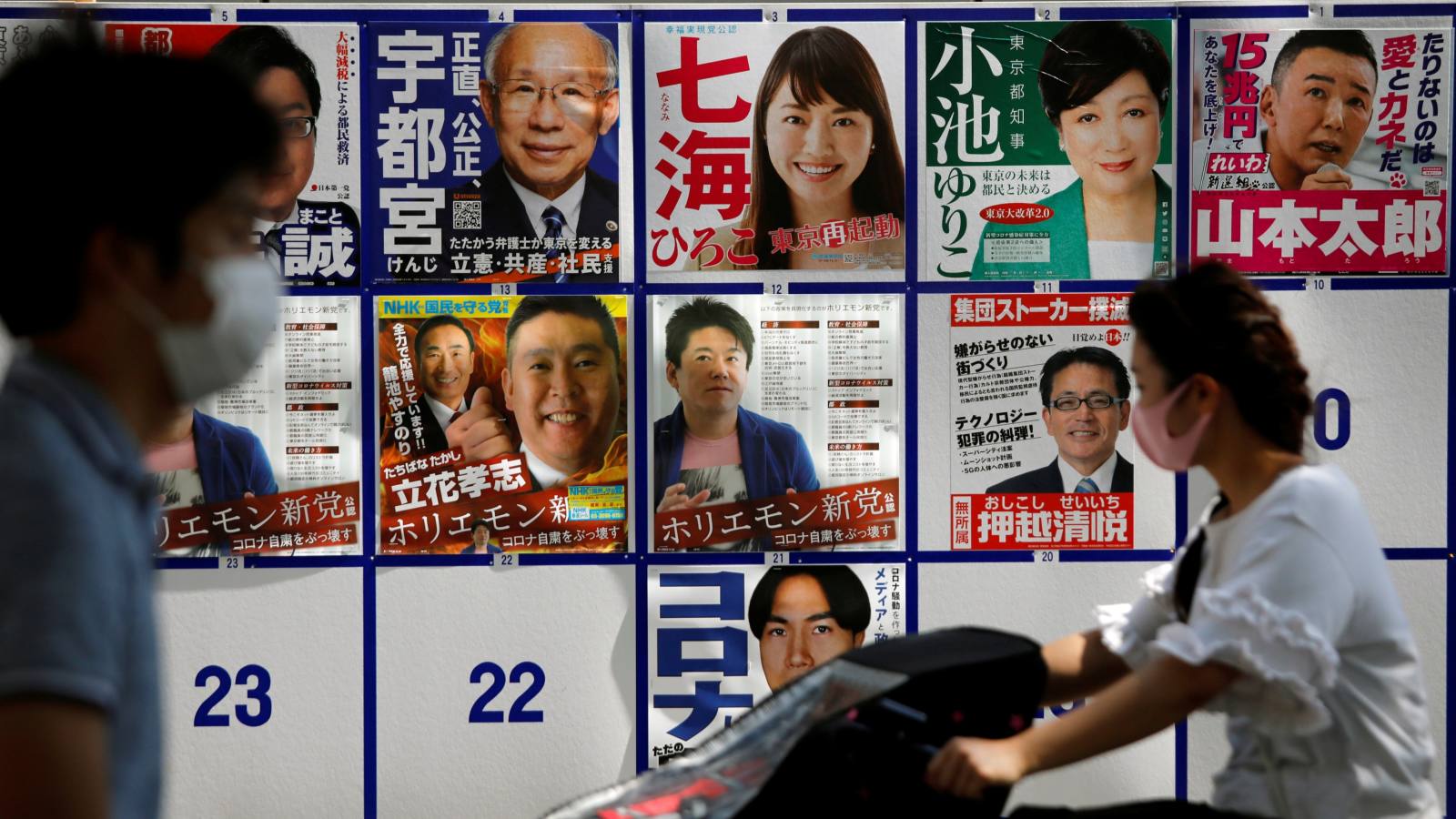 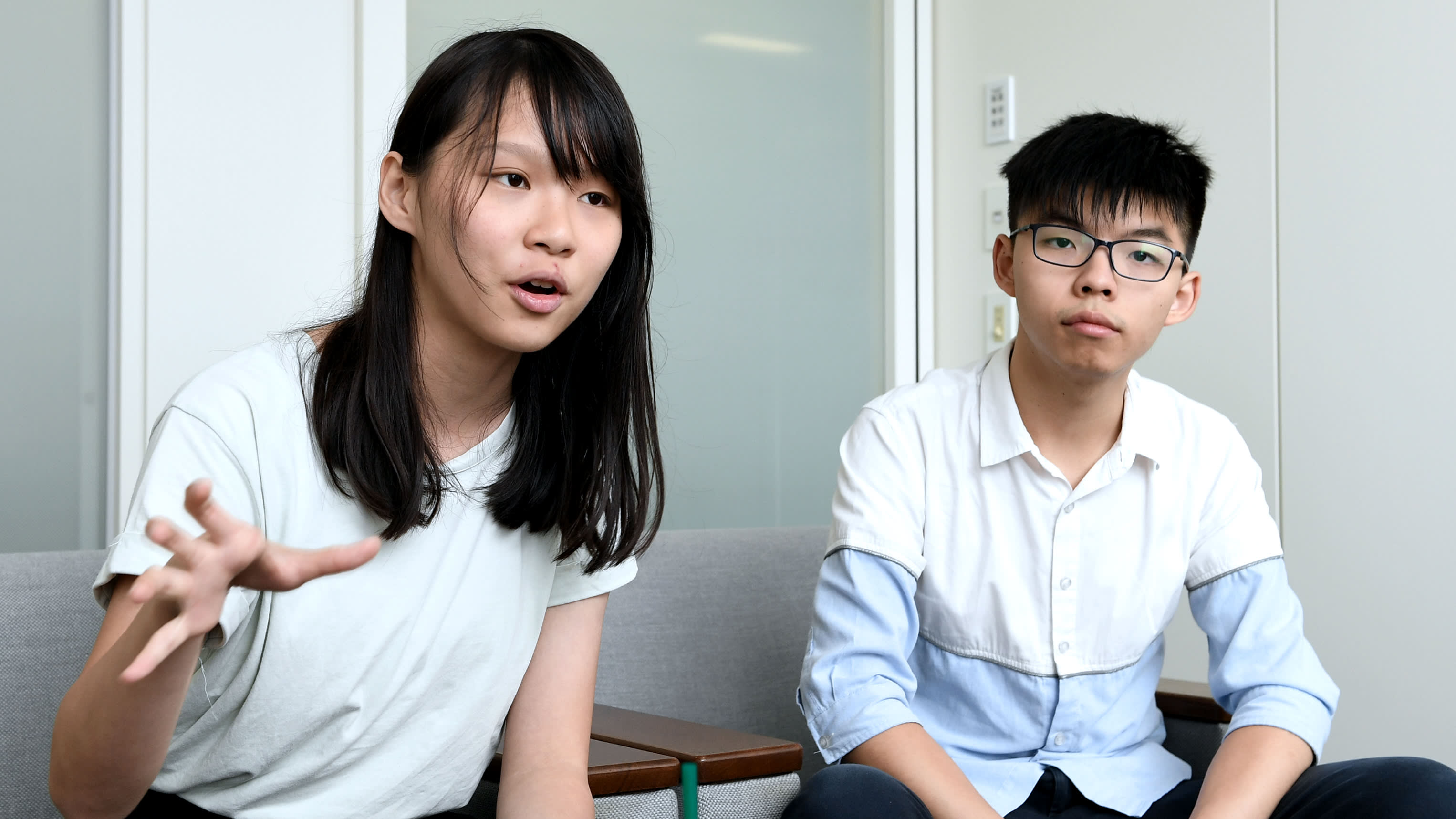 TOKYO -- When China regained sovereignty over Hong Kong from the U.K. in 1997, Beijing promised to maintain a policy of "one country, two systems" for 50 years. Yet, less than half way through its shelf life, the policy feels like "one country, 1.5 systems," say student activists who led the 79-day pro-democracy protests in 2014.

During a visit to Tokyo on Wednesday, Agnes Chow and Joshua Wong sat down with the Nikkei Asian Review to share their views on the two decades that have passed since the handover.

"It is no longer one country, two systems, but one country, 1.5 systems," said Chow, a standing committee member of the youth-led Demosisto political party. Citing the alleged kidnapping of a billionaire financier from a Hong Kong hotel by mainland security agents, the detention of Hong Kong booksellers in China, and Beijing's influence on Hong Kong's leadership election, Chow said: "The autonomy of Hong Kong is decreasing."

What happens in 2047 when the policy ends is not clear. But Wong, Secretary General of Demosisto and the subject of the documentary film "Joshua: Teenager vs. Superpower," said that the battle over the fate of Hong Kong's autonomy and democracy most likely will be decided in the coming decade.

Wong said he became convinced of this after a recent visit to the U.K. National Archives. Going through three-decade-old confidential documents from the Prime Minister's office, he found that until 1984, there were talks of including Hong Kong locals in the negotiations regarding the future of their territory. Ultimately, however, Beijing rejected their participation. Once the framework for the talks was set in 1984, locals were basically shut out.

"What we learned is that we cannot make the same mistake," Wong said. "If we do not fight for self-determination and urge for a referendum to decide the future of Hong Kong politics, the result will be a Communist regime."

Chow warned that lack of autonomy could lead to Hong Kong losing its status as a hub of global finance. "Although we are known as an international financial city, our political system is totally not international. If we, the people of Hong Kong, do not protect our own city, freedoms, including economic freedom, will be lost."

Wong compared the Hong Kong economy of today to that of the past. "Three decades ago, people expected Hong Kong to be without democracy, without 'one man, one vote.' But we still had press freedom and a free flow of information which maintained Hong Kong's status as an international city." Now however, not only does "Red Capital," or money from the mainland, dominate the Hong Kong financial market, it is also creeping into the media, he noted.

The territory's South China Morning Post -- an English-language newspaper founded by Australian-born revolutionary Tse Tsan-tai and British journalist Alfred Cunningham in 1903 -- had for decades reported aggressively on China. However, it was bought by Alibaba Group, one of the mainland's largest companies, in 2016.

Asked how they saw their own identity, Chow replied: "I am a Hong Konger. That's me. I would love to continue to live in Hong Kong and do something for Hong Kong." Wong echoed her sentiments, saying that it was "hard to recognize myself as a Chinese citizen if I cannot even enter the Chinese mainland," apparently in reference to a fellow senior member of the student movement that has been refused entry to the mainland.