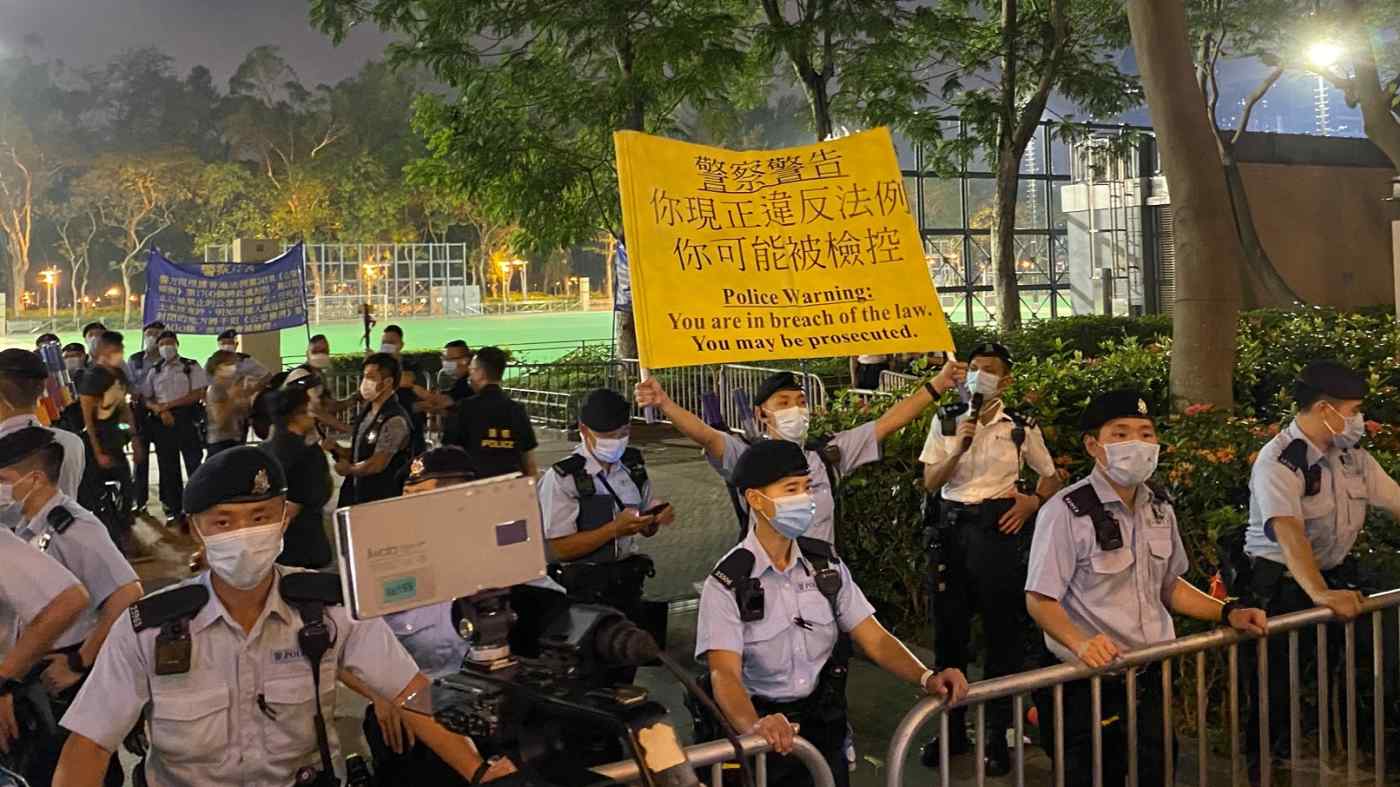 Police, which reportedly positioned 7,000 officers throughout the territory on Friday, blocked all entrances of Victoria Park and occasionally held up a yellow banner with a warning to passers-by. (Photo by Kenji Kawase)
MICHELLE CHAN and KENJI KAWASE, Nikkei staff writersJune 4, 2021 14:53 JSTUpdated on June 5, 2021 02:41 JST | Hong Kong
CopyCopied

HONG KONG -- Despite an official ban in Hong Kong against public commemoration of the anniversary of the 1989 Tiananmen Square crackdown against student and civilian protesters, people found ways to mourn the event.

The remembrances took part even though most of Victoria Park, where annual candlelight vigils have taken place over the past three decades, had been closed off by police since midafternoon, with warnings issued throughout the evening to people who gathered around the park and other locations to pay tribute to the protests and victims of the crackdown that took place 32 years ago in Beijing.