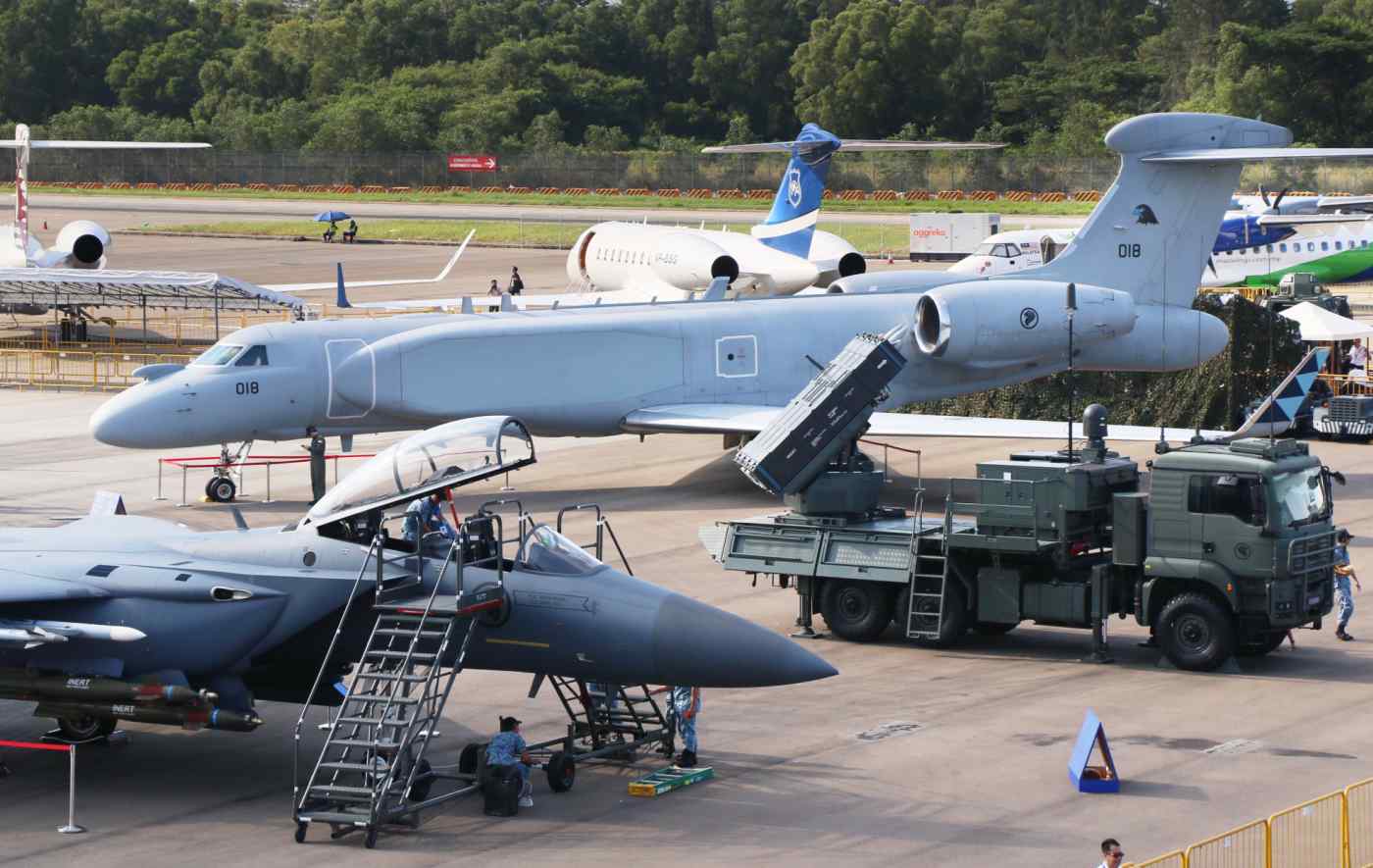 Selling arm to Asian countries is a way for the U.S. to cement alliances and up its influence in the region -- and the money isn't bad, either. (Photo by Shinya Sawai)
TETSURO KOSAKA, Nikkei senior staff writerMarch 31, 2016 12:00 JST | China
CopyCopied

SINGAPORE   As China was busy deploying radar systems and surface-to-air missiles on reclaimed islands in the South China Sea in February, a pair of U.S. fighter jets soared over the sea en route to Singapore. They were F-22s -- widely regarded as the world's most powerful fighter aircraft, thanks to their stealth capabilities and high maneuverability.

The jets, normally deployed in Alaska, were headed to the Singapore Airshow, Asia's largest aerospace and defense exhibition. Yet the U.S. government does not export the F-22, preferring to keep the jet solely in the hands of its own Air Force. Why bother sending the planes to the show with no intention of selling them? U.S. Navy Vice Adm. Joe Rixey, who was representing the Department of Defense, said the presence of the F-22s was meant to show America's "technological progress and the strength of its partnership with Singapore."