How to keep Islamic State from spreading beyond Mesopotamia

The shadow of a Shi'ite fighter flashing the 'V' sign is cast on a wall after Islamic State militants are ousted from Jurf al-Sakhar on Oct. 26.   © Reuters
KAMAL ALAMOctober 28, 2014 19:00 JST | China
CopyCopied

The famed Pakistani poet Allama Iqbal once said that as long as Afghanistan burns Asia would burn, and that for the stability of Asia, the mountains of Afghanistan have to be peaceful. Today, as Syria and Iraq are engulfed by the Islamic State, one must not lose sight of the battle for Afghanistan that was fought in the 1980s. For it was this battle that gave birth to al-Qaida, the Algerian civil war, Hamas, and even the group proclaiming itself the Islamic State.

Al-Qaida in Afghanistan opened a franchise in Iraq and Syria that eventually established a State in large swathes of Iraq and Syria. The recent attacks in Canada that killed two soldiers in different cities are growing evidence of a spread of an extremist ideology. Indeed, the biggest threat the Islamic State poses is not its physical form but its manifesto and its spreading influence among Muslim and non-Muslim communities far beyond Mesopotamia. The "lone wolf" attacks in Ottawa and Montreal could easily be repeated in Indonesia and the Philippines. Australia has already seen one such attack in the last few weeks.

So what realistic threat does the Islamic State pose in Asia? Long before this militant group came to Iraq and Syria, it was embedded in the peaks of the Hindu Kush. Today the al-Nusra Front in Syria and Fatah al-Islam in Lebanon both look up to the legendary Afghan fighter Ahmad Shah Massoud and the leader of the Arab fighters in Afghanistan, Abdullah Azzam.

Both these charismatic leaders were killed at turning points in the history of militant extremism in the Greater Middle East. Yet it is their legacy that haunts the future of the Islamic State in Asia. Afghanistan was not only the cockpit of superpower rivalry but also where the various Arab and Muslim nations ran experiments on insurgent groups and the political use of religion.

One day in 1987, an extraordinary meeting took place. The subject under discussion was Ahmad Shah Massoud's faith. The meeting was called by Saudis, Egyptians and Algerians who deemed Massoud an apostate and outside the realm of Islam. Speaking in his defense was Abdullah Azzam, the godfather of the modern idea of jihad, or holy war.

Azzam was of the view that to fight in a religious way and establish a religious state one must learn from and look up to Massoud. Both men were killed and sidelined by groups from Egypt, Saudi Arabia and Algeria. Although their fame outstrips that of any other Muslim leader of the 20th century, their main warnings have been ignored.

Their sons are alive, however, and trying to make sure their fathers' true messages are heard. In the mid-1990s, as the Taliban were camped outside Kabul, Massoud went unarmed to negotiate with them. He asked them what they were after, since Kabul was already Islamic and they all of the same faith. Massoud had come to an ideological dead end. There was no negotiation to be had with the Taliban -- just brute violence and sheer rejection of other viewpoints.

Today, again, as the Islamic State rises in Mesopotamia, six Taliban splinter groups in Pakistan have pledged allegiance to the Islamic State. The group's flags have also sprung up in Indian cities. Citizens of China, Indonesia, Malaysia and the Philippines have all been apprehended while trying to join the Islamic State on the battlefield. Shockingly, even Japanese  and Jewish teenagers from France have been found in Syria. What attracts single devotees of this group shall probably define the strategic outreach of the Islamic State.

The Pakistani and Syrian armies have been both accused of supporting terrorist groups over the last few decades. All allegations aside, today if you ask any Western defense chief which two countries have apprehended most terrorists since 9/11, they will tell you Syria and Pakistan. One of the reasons the Syrians prevailed in Lebanon and Iraq was their understanding of the terrain and strong human intelligence. Pakistan has similar strengths in spotting extremists pouring into Afghanistan, China, Uzbekistan and Indonesia.

The mapping of insurgent groups and profiles of would-be terrorists has been the most difficult task that NATO countries have faced while operating in Afghanistan, Libya and Iraq. It becomes all the more difficult when the prime suspect happens to be a white European. For good or for ill, Syria and Pakistan's security forces have been dealing with insurgents for over three decades and have mastered the art of sowing division among non-state actors and creating insurgents within the insurgent camp.

Who's on our side?

This out-of-the-box thinking has been lacking in NATO countries and has thus resulted in the rise of the Islamic State. To combat the Islamic State, one needs to have a magpie mind and cross over to the other side both physically and ideologically. Asia's greatest danger lies not in physical destruction -- at least not yet -- apart from the odd lone wolf attacker and threats to its citizens who travel. The fight against the spread of the Islamic State is not a question garrisoning the problem by pumping more troops into sensitive areas or training vast national armies in fragile states.

Defeating the militants requires creating a political strategy and then using military force to underpin that strategy, rather than using military force to deliver it. The Islamic State will not suddenly pop up in Malaysia, Thailand, Myanmar, Indonesia or the Philippines. But all these countries have groups that are sympathetic to the Islamic State's goals. To prevent the virus from spreading, political leaders must engage heavily with the fringes of these groups -- those who seem to fall outside the realm of civilized debate. Interestingly, in the last six months the army chiefs of Thailand and Myanmar have traveled to Pakistan to meet their counterparts to discuss ways to battle insurgencies ideologically, or to prevent these groups from becoming insurgents.

There are Muslim groups agitating in both Myanmar and Thailand, along with Sri Lanka and China. The latter two countries are also relying heavily on Pakistan's army and security services to share intelligence and tactical experience. The Islamic State, for all its sway in Mesopotamia will struggle to gain a foothold in Asia. But its ideas could still destabilize long-established Muslim communities in East Asia. Groups such as the Islamic State thrive on empty spaces on maps; they step in to fill voids left by political and economic leaders. There are many parts of South and East Asia where disgruntled people are open to quick and easy solutions involving violence. This space must be plugged. 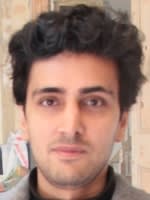 Kamal Alam is a fellow for Middle East regional defense and security issues at The Institute for Statecraft and is an adviser to the British Army on Syrian Affairs.