Hitomi Soga, far left, who was held in North Korea from 1978 to 2002, meets U.S. President Donald Trump with relatives of other abductees. (Pool)
Politics

Gathering with victims' families brings kidnapping issue back to fore

TOKYO -- President Donald Trump on Monday became the first sitting U.S. leader to meet with a Japanese national abducted by North Korea, while also speaking with relatives of kidnapping victims who remain unaccounted for.

The meeting followed an afternoon summit with Japanese Prime Minister Shinzo Abe, who is pushing for the return of the abductees amid tensions over North Korea's nuclear program.

Trump met with Hitomi Soga, a 58-year-old former nurse who was held by the North from 1978 to 2002. The group of relatives included the parents of Megumi Yokota, who was kidnapped at age 13; North Korea claims she is dead, but her parents are not convinced.

"I will work with Prime Minister Abe," Trump said. "We will work together very closely and see that we can bring [the abductees] back to Japan where they want to be."

Abe thanked Trump for meeting with Soga and the families, and for mentioning the issue in a speech to the U.N. General Assembly in September. 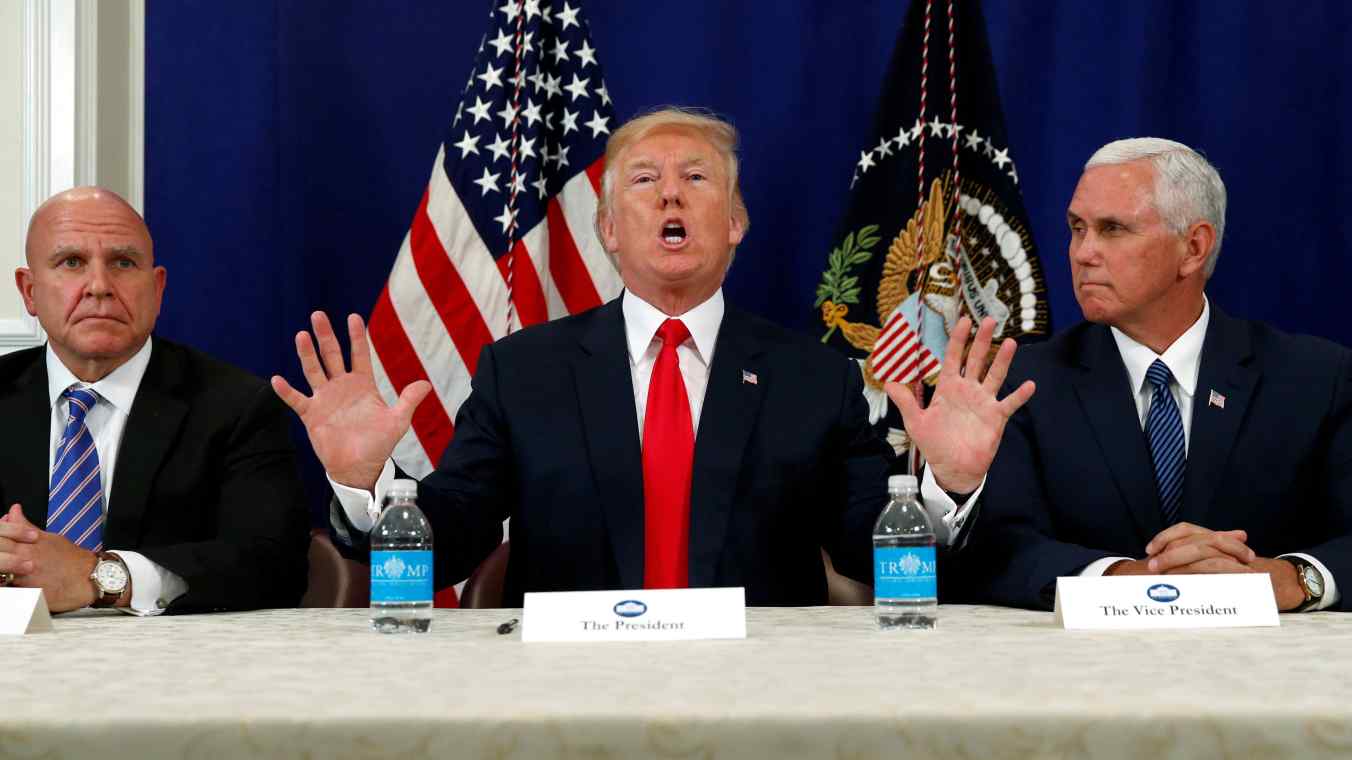 "I'd like to encourage the entire world to know the simple reality that, when it comes to the abduction issue, for as long as 40 years, there are those who have been suffering because of the loss of their loved ones," Abe said.

"I renew my determination to do my utmost to realize the day when the family members will be able to hold their daughters and sons and relatives in their arms."

Former Presidents George W. Bush and Barack Obama met with family members of abduction victims, but not returnees, during their terms.

Trump is on the first leg of a 12-day, five-country tour of Asia. His top priority is to win support from South Korea, China and other governments for applying more pressure on North Korea -- aiming to convince the regime to abandon its nuclear weapons program. North Korea is making rapid progress toward developing intercontinental ballistic missiles capable of reaching the U.S. mainland.

For Abe, though, the long-running abduction issue is just as important. The decades-long fight to secure the return of the abductees strikes an emotional chord with the Japanese public.

The families are hoping Trump's involvement will reinvigorate their campaign, which has made little progress since the release of five abductees, including Soga, in 2002. Soga is married to Charles Jenkins, a former American soldier and deserter who returned from North Korea in 2004.

North Korea's human rights abuses have attracted more attention in the U.S. after the imprisonment of Otto Warmbier, an American student who visited the North. He was returned to the U.S. in a coma in June and died shortly thereafter.

Campaigners for the abductees worry their issue will be forgotten as the nuclear crisis escalates. Trump has signaled he will keep human rights in mind.

"History has proven, over and over, that the road of the tyrant is a steady march toward poverty, suffering and servitude, but the path of strong nations of free people, certain of their values and confident in their future, is a proven path toward prosperity and peace," Trump said on Sunday in a speech at Yokota Air Base, west of Tokyo.

"We cherish our cultures. We embrace our values. And we always fight for what we believe in."

* Do you believe Trump can make Asia more secure?
* Who will be the strongest political force in East Asia in 2030? The U.S.? China? Another power?
* Is the U.S. an indispensable economic partner, or should Asia become more self-sufficient?